The Promised Messiahas wrote over 80 books in Arabic, Urdu, and Persian. Excerpts of his collected works have been translated into English and organised by topic. The Review of Religions is pleased to present these excerpts as part of a monthly feature. Continuing from part I, published in February 2017, we continue the examination of the origins of Jihad in Islam and what its true purpose is.

The Promised Messiah has come into the world so that he should repel the notion of taking up the sword in the name of religion, and that through his reasoning and arguments he should establish that Islam is a faith which does not at all need the help of the sword for the purpose of its propagation, but that the inherent qualities of its teaching and its verities, insights, reasons, proofs and the living support and signs of God Almighty and its inherent attractions are the factors that have throughout contributed to its progress and its propagation. Let all those who proclaim that Islam had been spread by the sword take note that their claim is false. Islam is not in need of any coercion for its propagation. Should anyone doubt this, let him come to me and stay with me for a while and observe for himself that Islam proves through reasoning and divine signs that it is a living faith. God Almighty now desires and has so determined that all such objections as have been raised against Islam by evil minded people should be effectively repelled. Those who allege that Islam was spread by the sword will now be put to shame.

The Promised Messiah will not Fight Disbelievers with the Sword

The commonly held doctrine professed by some of the divines that the Promised Messiah will descend from heaven and will fight the disbelievers and will not accept the poll tax and will offer only the choice of death or Islam, is utterly false. It is brimful of all types of error and mischief, and is utterly opposed to the Holy Qur’an and is only an invention of the impostors.

There is no compulsion in Islam. There are only three types of wars in Islam:

(1) Those undertaken in self-defence.

(2) Those undertaken as chastisement for aggression.

(3) Those undertaken for the establishment of freedom of conscience, that is to say for breaking up the strength of those who inflicted death upon such as accepted Islam.

As Islam does not permit the use of force or coercion for the purpose of its propagation, it is altogether vain and absurd to wait for a bloody Mahdi or a bloody Messiah; for it is not possible that anyone should appear who should convert people to Islam by the sword contrary to the clear teaching of the Qur’an.

It is worthy of reflection that if a person does not accept the true faith because he is not yet aware of its holy teaching and its inherent good qualities, then should he be immediately put to the sword? Indeed such a person deserves to be treated mercifully and should be informed gently and courteously of the truth and excellence and spiritual beneficence of the faith and not that his denial should be repelled by the sword or the gun. Therefore, the commonly held doctrine of Jihad put forward by certain Muslim sects—and their teaching that the time is approaching when a fighting Mahdi will appear whose name will be Imam Muhammad, and that Jesusas will descend from heaven to join him and help him, and that the two together will slaughter all the peoples who refuse to accept Islam—is totally opposed to morality. Is this not a doctrine which stultifies all the pure faculties of man and generates emotions like those of wild beasts? People who hold such doctrines have to behave hypocritically towards everyone else.

The Promised Messiah was to Put an End to War

The doctrine of Jihad as understood and propagated by the Muslim divines of this age who are called maulvis [Religious Cleric] is utterly incorrect. It can lead to nothing except that by their forceful preaching they would convert common people into wild beasts and would deprive them of all the good qualities of human beings; and so it has happened. I know for certain that the burden of the sins of those people who commit murders through ignorance on account of such preaching, and who are unaware of the reason why Islam had to fight battles in its early stages, lies on the necks of these maulvis who go on propagating secretly these dangerous doctrines which result in such grievous loss of life. When these maulvis call on government officials they bow down before them at such an angle as if they are ready to go into prostration; but when they are among their own ilk they persist in declaring that this country is the House of War (Dar-ul-Harb) and that the employment of the sword for the purpose of the propagation of the faith is a prescribed obligation. There are few of them who do not adhere to this doctrine. The large majority of them are so committed to this false doctrine which is utterly contrary to the Holy Qur’an and the teaching of the Holy Prophetsa that they condemn anyone who differs with them on this score as the Antichrist (Dajjal) and proclaim that he may be killed with impunity. I have been the subject of such condemnation for a long time…

They should remember that this doctrine of Jihad as conceived by them is not at all correct. Its first result is the sacrifice of human sympathy. Their notion that as Jihad was permitted in the early stages of Islam there is no reason why it should not be lawful now is utterly misguided. We have two answers to it. The first is that the Holy Prophetsa never raised his sword except against those who first raised it themselves and most mercilessly killed innocent and pious men, women and children. They were killed in such a cruel manner, the recital of which even today brings tears to our eyes.

Secondly, even assuming that in the beginning of Islam such Jihad was obligatory, as is mistakenly conceived by these maulvis, yet in this age it no longer holds good inasmuch as it is written that when the Promised Messiah appears, Jihad by the sword and all fighting for religion will come to an end as he will not take up the sword or any other earthly weapon. His only instrument will be his supplications, and his only weapon will be his firm determination. He will lay the foundation of peace and will gather the goat and the lion together. His age will be the age of peace and kindliness and human sympathy. Why do these people not reflect upon the fact that thirteen hundred years ago the Holy Prophetsa had said concerning the Promised Messiah: “He will put an end to war.”

O Ye Muslim divines and maulvis, listen to me. I tell you truly this is not the time of fighting for the faith. Do not disobey the Holy Prophetsa. The Promised Messiah, who was to come, has appeared and has directed: Henceforth desist from religious wars with the sword which caused bloodshed. To persist in bloodshed and not to desist from such sermons is not the way of Islam. He who accepts me will not only desist from such sermons but will hold this way as most vicious and likely to invite divine wrath…Now that the Promised Messiah has come, it is the duty of every Muslim that he should refrain from having recourse to fighting for the propagation of the faith. Had I not come there might have been some excuse for this misunderstanding. But now that I have arrived and you have witnessed the day of promise, those who take up the sword on behalf of the faith have no excuse left which they can put forth before God Almighty. He who possesses eyes and can read the Holy Qur’an and the Ahadith can realize that this kind of Jihad, which the ignorant ones insist upon in this age, is not authorized by Islam. It is an error which has spread among the Muslims in consequence of the upsurge of unlawful passions or the vain hope of winning paradise through such misguided action…Ignorant maulvis, may God guide them, have grievously misled the common people and have told them that such actions, which is sheer wrong and cruelty and is opposed to all moral values, are the key to paradise. Can it be a good action to shoot down an utter stranger who is walking through the street on some errand and who has done us no harm? If this kind of thing is virtuous, wild animals possess more virtue than such men. Glory be to God, how righteous were those and how truly were they inspired by the spirit of the Prophets who, when they were commanded in Mecca not to resist evil though they might be cut to pieces, behaved like humble and weak suckling babies as if their hands and their arms possessed no power at all…

How grievous and shameful it is that an utter stranger who has done us no harm and who is occupied with some lawful errand should be shot down without any cause and his wife made a widow and his children made orphans and his dwelling turned into a house of mourning? Which hadith and which verse of the Holy Qur’an authorises such an outrage? Can any maulvi furnish an answer to this question? Ignorant people who have only heard the word Jihad make it an excuse for the fulfilment of their selfish desires.

I have brought you a commandment which is that Jihad with the sword has been ended but the Jihad of the purification of your spirits must continue to be waged. I say this not on my own but in order to proclaim the design of God. Reflect on the Hadith of Bukhari wherein it is stated that the Promised Messiah:

would put an end to fighting for the faith. Accordingly, I command those who have joined my ranks that they should discard all such notions. They should purify their hearts and foster their mercy and should have sympathy for the afflicted. They should spread peace on the earth, for this would cause their faith to spread. They should not wonder how this would come about. As God Almighty has utilized the elements and all earthly means for the purpose of bringing about new inventions to serve human needs like mechanical locomotion, etc., in the same way He will put His angels to work for the fulfilment of spiritual needs through heavenly signs, without the intervention of human agencies and there will appear many flashes of light whereby the eyes of multitudes will be opened.

A Mosque of Security and Peace 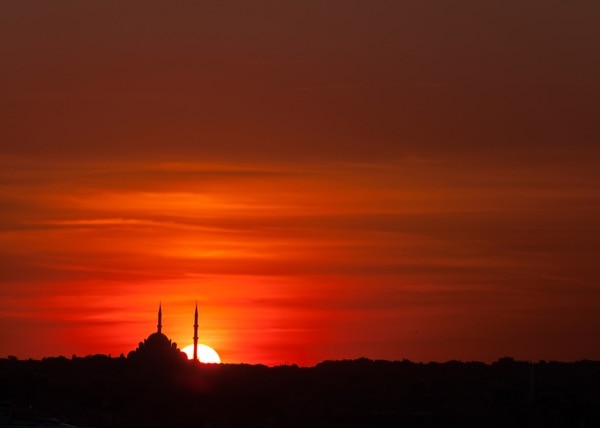 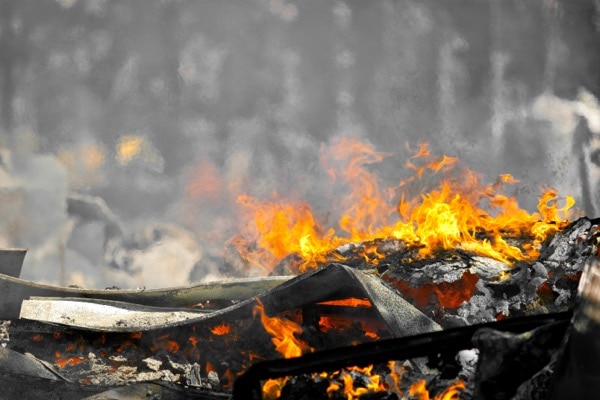 The Difference Between True Islam and Extremist Groups