The sixth of February each year is celebrated as the International Day of Zero Tolerance for Female Genital Mutilation (FGM) as part of the United Nations campaign to end genital mutilation of women and girls. According to the World Health Organisation, FGM comprises procedures, ‘that involve partial or total removal of the external female genitalia, or other injury to the female genital organs for non-medical reasons.’ There are no known health benefits of the practice, only harm, including, amongst other things, severe bleeding, infections, problems urinating and increased risk of newborn deaths.

Notwithstanding these ill effects, proponents of FGM have long argued how the practice is essential in order to ensure a woman’s virginity before marriage and is symbolic of a woman’s virtue and dignity. Interestingly, while the origins of FGM are not very well known, it is thought that the practice is more than 2000 years old—dating back to the ancient Egyptians where it was practiced as a sign of distinction amongst the aristocracy. With such prehistoric roots, the practice can hardly be conceived of as being introduced by Islam, as is often alleged. In fact, the Holy Qur’an and the Prophet Muhammadsa make no mention of FGM. Moreover, it is hard to imagine that the Prophetsa, who laid down detailed information regarding all aspects of a Muslim’s life, including internal female processes such as menstruation, would overlook female circumcision if Islam had ordained it. No mention of female circumcision is found amongst the Prophet’ssa wives either.

FGM has existed as cultural practice most commonly occurring in African countries. Some like Somalia have a startlingly high prevalence rate where 98% of females are circumcised and Guinea, where 96% of women undergo circumcision. Protagonists of FGM often cite cultural relativism as an argument supporting their defence of the practice, arguing for it to be a protected right, like any other basic human right. However, such arguments are unpopular within the rights discourse on this subject and it is maintained that practices that are entirely incompatible with any plausible notion of human rights cannot merit protection under the same. There are certain behaviours that breach the very essence of being human and are a travesty of human dignity. These include heinous crimes such as genocide and torture and form part of a special category referred to as ‘peremptory’ norms—from which no exception is ever allowed. There have been calls for FGM to be recognised as a peremptory norm with no exceptions being granted on the basis of culture or any other ground. 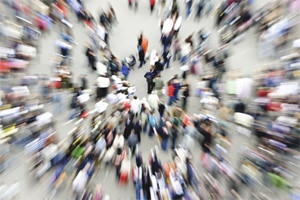 Biblical Prophecy about the Holy Prophet(sa)

Infant Male Circumcision: A Medical Perspective
FGM – Not in the Name of Islam
Comment