Another month, another absurd stunt by Geert Wilders. This time, he plans to hold a ‘draw Muhammad’ cartoon competition in his party’s offices in the Dutch Parliament. Only this time, it has been signed off by the Dutch counter-terrorism agency, and looks like it will be going ahead.

You may ask, why? Wilder’s argument goes something like this: ‘They kill us for drawing cartoons, so we shall draw cartoons to exercise our right of free speech even more!’

There was another ‘cartoon controversy’ back in 2005 with the Danish Jyllands-Posten newspaper publishing offensive cartoons of the Prophet of Islam. They had already refused to publish similar cartoons of Jesusas, on the grounds of offense, but the Prophet of Islamsa was fair game, in their eyes (because censorship and authoritarianism has no history in Christianity whatsoever). Offensive cartoons of the Prophet of Islamsa was their attempt to contribute to the debate on criticism of Islam and free-speech (apparently). The response was outrage from 1.6 billion Muslims, and the completely condemnable, murder of cartoonists such as Theo Van Gogh, and attempted murder of others, such as Kurt Westegaard—a response that was entirely against Islam’s teachings.

Wilders’ response of drawing more cartoons would in fact, be reasonable, if the nature of the cartoons were such as advance some form of genuine criticism of Islam. Indeed, that is what free speech is all about. Free-speech – and satire in particular – exists principally to safeguard the free flow of ideas, so that no idea, belief or indeed religion, should be above criticism.

But the Jyllands-Posten cartoons, the Charlie Hebdo ones, or the ones planned by Geert Wilders, have nothing whatsoever to do with legitimate criticism at all. What kind of critique does a cartoon of the Prophet of Islam hiding a bomb in his turban, as drawn by Kurt Westegaard of Jyllands-Posten, advance, against the substance and teaching of Islam? Obviously none. Its purpose is purely to provoke and anger.

Free-speech should not be used as a cover for freedom to insult, de-humanise and degrade. And crying out, ‘there is no right to not be offended’, while correct, applies to situations when actual criticism is advanced; indeed, offense should not be grounds for censoring genuine criticism. But the ‘freedom to not be offended,’ is not the same as the ‘freedom to insult’. It is the conflation of these two points that Geert Wilders and his band of merry men seem to struggle with.

And that’s the great irony of this whole circus. We can understand Wilders’ actions as one of two things: Either Wilders does not at all understand what free-speech is about, or if he does, he is cynically manipulating it as cover for his own bigotry.

I’m pretty sure I know which of these two it is, but I’ll let you make up your own mind.

More about the Author: Science Editor of The Review of Religions. Anesthetist. Author of ‘The Day They All Died Young.’ 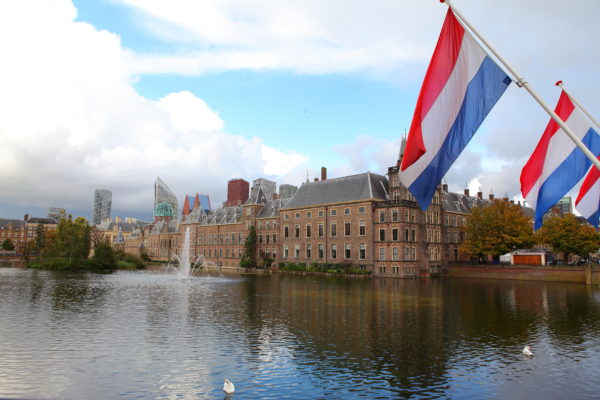