Simplicity as Elected King of Madinah

As King of Madinah also, his occupation was the teaching and instruction of the people, and he never gave up his simple mode of life. He spent his time in calling men to the worship of one God, and teaching them the moral and social ordinances of Islam. He personally led the five daily prayers in the mosque, settled all disputes that arose among the members of the community, and devoted time and attention to the promotion of the national welfare.

For instance, in matters relating to commerce, education and hygiene, he paid special attention to the circumstances and needs of the poor and strove to fulfil the latter. For example, he would sometimes run errands for the poor who stood in need of such services. During his many occupations he yet found time to join in the games and pastimes of the young and encouraged in them the development of a healthy national spirit. When he returned to his home he often assisted his wives in household work. At midnight when everybody was retired to rest, he would leave his bed and spend the still and dark hours in the worship of his Maker, till sometimes his feet were swollen as the result of standing in an attitude of devotion.[1]

Ahmadiyyat • Back Issues • The Holy Qur'an 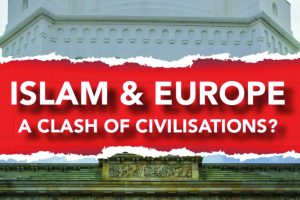 Back Issues • Islam • Science, Medicine and Technology • The Holy Qur'an

Who is Blind?
Islam is a Benefactor of Other Religions
Comment