In the Mubarak Mosque in Islamabad, Tilford, His Holiness Hazrat Mirza Masroor Ahmad (aba) envisioned having the attributes of Allah on its walls so people could reflect deeper on God’s existence. His Holiness (aba) guided minutely on all aspects of design and implementation.

This series delves deeper into each of God’s attributes to gain a better understanding of His Being.

The calligraphy was designed by Razwan Baig, while The Review of Religions were given the opportunity to manage the project and produce each piece. Research for this series was compiled by Syed Mubashar Ayyaz (Research Cell) and translated into English by Shahzad Ahmed and Nooruddeen Jahangeer Khan.

60. The Possessor of Power & Authority (Al-Qadir)

القَادِرُ – Al-Qādir is derived from the root قَدَرَ (qa-da-ra) which means to establish one’s power and authority. Qādir means the one who possesses complete power. Thus, this is one of the attributes of Allah the Almighty, for He possesses absolute power over the entire creation.

The Secret Behind Miracles

‘But, remember, everything listens to the voice of God Almighty. He has control over everything and He holds all the strings in His Hand. His wisdom knows no limit and it penetrates to the root of every particle. Nothing possesses properties that are in excess of His powers. All the qualities that things may possess are within the scope of His power. He who does not believe in this is among those about whom it has been said:

[‘And they do not make a just estimate of the attributes of Allah’.] [3]

Since the perfect man is a perfect manifestation of the whole world, it is therefore drawn towards him from time to time. He is like a spider of the spiritual world and the whole world is his web. This is the secret behind miracles.’ [4]

‘Verily, the righteous will be in the midst of Gardens and streams, in the seat of truth with an Omnipotent King.’ [1]

اَلْقَدِیْرُ (Al-Qadīr) is an attribute that is used exclusively for God Almighty and it signifies that Being Who does everything in accordance with wisdom.اَلْمُقْتَدِرُ  (Al-Muqtadir), on the other hand, can be used to refer to both God as well as man. When it is used as a divine attribute it holds the same meaning as al-Qadīr, whereas when it is used for mankind it means to attain something after having to endure hardship. [3]

According to a tradition, after offering his compulsory prayers, the Holy Prophetsa used to recite the following prayer: ‘There is none worthy of worship except Allah: He is One and has no partner; to Him belongs the Sovereignty, and to Him belongs all praise and He has the power to do all things. O Allah! No one can deprive anyone from that which You have bestowed and no one can grant anyone that which You have prohibited. No amount of wealth can benefit them in Your Holy presence.’ [4]

Belief in the Existence of Allah the Almighty

Whilst explaining the powerful proofs of the existence of God, the Promised Messiah (as) states:

‘Allah is the most Supreme Being and He is the Light, for He has established His existence and Oneness in the Holy Qur’an with powerful and simple arguments. Those people who express doubts and harbour suspicion regarding His existence, despite witnessing the powers and miraculous wonders of this Magnificent Being, are truly the most unfortunate. In proof of His Magnificent and Powerful Being, Allah the Exalted has stated, ‘Can there be doubt in the existence of Allah the Exalted, who is the Creator of the heaven and earth? [5] Now reflect, is it not perfectly clear and obvious that a created thing leads one to accept the existence of a creator?’ [6]

‘But Allah has been gracious unto us and has saved us from the torment of the burning blast. We used to pray to Him before. Surely, He is the Beneficent, the Merciful.’ [1]

Hazrat Aishah (ra) relates that she heard the Holy Prophet (sa) recite the following prayer: ‘O Allah! I supplicate using the blessed and pure name, which is most beloved to You, and through which if one supplicates using that name, their prayers are accepted and You grant that which one seeks through this name, and when one seeks mercy through this name, You grant them mercy; likewise when one seeks alleviation from an affliction you remove the hardship from them.’ She further relates that on one occasion the Holy Prophet (sa) stated: ‘O Aishah (ra)! Do you know that Allah the Almighty has informed me of one His names, through which if one supplicates, their supplications are answered.’ Hazrat Aishah (ra) states that she submitted: ‘O Messenger (ra) of Allah! May my parents be sacrificed for you, kindly inform me of that name also.’ The Holy Prophet (sa) did not reveal the name to her. Hence, Hazrat Aishah (ra) sat to one side and remained silent for a short while. She then stood up and kissed the blessed head of the Holy Prophet (sa) and enquired about the name once again. Again the Holy Prophet (sa) did not reveal the name to her and stated: ‘It would not be appropriate to supplicate for material things through this blessed name.’ Upon this hearing this, Hazrat Aishah (ra) stood up, performed the ablution and then offered two ra’kaat [units of] prayer and subsequently prayed: ‘O Allah! I supplicate to you; O Gracious One, O Benevolent and Merciful! I seek with all Your beautiful names, whether I am aware of them or not. O Allah! Grant me Your forgiveness and bestow Your mercy upon me.’ Hearing this prayer, the Holy Prophet (sa) smiled and said: ‘That particular name [which you enquired about] was among those very names through which you had supplicated.’ [2]

A Prayer of the Promised Messiah (as)

Here are the holy words of a prayer by the Promised Messiah (as), as expressed by his own blessed lips:

‘O Lord of all the worlds! It is beyond me to offer You gratitude for all Your favours. You are most Merciful and Compassionate, and the bounties that You have conferred upon me are countless. Forgive me my sins, lest I am ruined. Fill my heart with sincere love for You, so that I may receive life. Cover my faults and allow me to perform such deeds which become the source of Your pleasure. I seek refuge in Your noble countenance lest your punishment befalls me. Have mercy and save me from the calamities of this world and the hereafter. For all grace and compassion is in Your hand. Amen, and again, Amen.’ [3]

اَلْاَحَدُ – Al-Aḥad and اَلْوَاحِدُ – al-Wāḥid are both attributes of God Almighty which refer to His Unity and Oneness. Although they may be used to denote similar meanings, there are subtle differences between the two words. According to Aqrab al-Mawarid, al-Aḥad can only be used as an attribute to describe God Almighty. Another difference is that Al-Aḥad is used to describe that Being Who is one and has no partner, whereas al-Wāḥid means to describe that unique being who has no equal in His attributes.

Hazrat Abu Hurairah (ra) relates that the Holy Prophet (sa) stated that Allah the Almighty has said: ‘The son of Adam has rejected me and reviled me, although it did not behove him to do so. By rejecting me it refers to his claim that I cannot create him again, as I did in the first instance of creation. In fact, to create him again would be just as easy for me as the first time. By reviling me it means that he has claimed that Allah has taken a son; however, I am One, the Independent and Besought of all, I beget not, nor am I begotten, and there is none like unto Me.’ [2]

Allah, the Independent and Besought of All

Whilst offering praise to Allah the Almighty, the Promised Messiahas states:

‘Holy are You. How vigorous is Your argument! All Greatness belongs to You. All Might belongs to You. The whole world is weak; all power belongs to You. You are the One, Independent and Besought of all Who is Unique in the essence of Your Being and Unique in Your grace and munificence. Your wisdom is great; Your argument has become evident; Your bounty has been perfected; Your mercy encompasses all. You are far above every defect and shortcoming. Your station is beyond all disgrace and dishonour.’ [3]

64. The Independent & Besought of All (Aṣ-Ṣamad)

On one occasion, the Holy Prophet (sa) heard someone supplicating in the following manner: ‘O Allah! I ask of You and I testify that You alone are Allah, and I testify that there is no god beside You. You are One, the Independent and Besought of all. You beget none and nor are You begotten and there is none like unto You.’ Upon this the Holy Prophet (sa) stated: ‘Indeed you have implored Allah using that name, by means of which, if one asks from Allah, they are granted their request and if they supplicate with this name, their prayer is granted acceptance.’ [2]

He Begets Not, Nor is He Begotten

Expounding upon the unity of His existence, the Promised Messiahas stated:

‘Some people say that God has a son, whereas to be dependent upon a son is a deficiency; however, God is free from every deficiency. He is Self-Sufficient and Independent, and in need of no one. To Him belongs all that is in the heavens and in the earth. Do you falsely accuse Him of something in support of which you have no knowledge whatsoever? Why should God be dependent upon sons? He is Perfect and is alone Sufficient to carry out the obligations that Godhead requires. There is no need for any other plan.’ [3]

TagsGod - His attributes The concept of God The Existence Project 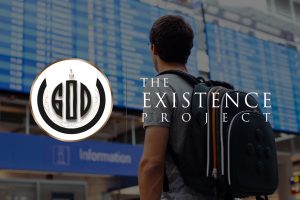 Acceptance of Prayer – A Ticket Back Home
The Case for God: Putting Together the Missing Pieces
Comment