Malcolm Gladwell, in his bestseller book Outliers: The Story of Success, discusses how hidden opportunities can play a vital role in success. Although hard work and talent are recognized as the ultimate determinants of success, sometimes the time and place a person lives in greatly contribute to their achievements. To highlight this idea, he presents a list of the 75 richest people in human history. The pattern is astonishing. Nearly 20 percent of the names presented come from a single generation of a single country.

Here is the list of a few of those Americans and their birth years [1]:

Gladwell’s research purported that some of the wealthiest people on earth were not exceptionally successful solely due to individual talent and hard work; rather, being born close to the industrial revolution was indeed their golden ticket. In the 1860s and 1870s, the American economy went through perhaps the greatest transformation in its history. This was when railroads were built, Wall Street emerged, and when industrial manufacturing started in earnest. It was when all the rules by which the traditional economy had functioned were broken and remade.

Notice something peculiar about that generation? While the world’s sights were set on these American cities in awe, heaven’s sights were set elsewhere. In the small Indian hamlet of Qadian, there lived the subtle, true cause of the revolutionary events taking place across the globe. As people marvelled at the economic glory of these world-renowned men, angels quietly flocked to listen to the humble heart that lay prostrate to his Lord, in the dark corners of small rooms. The Promised Messiah and founder of the Ahmadiyya Muslim Community, Hazrat Mirza Ghulam Ahmad (as); the man divinely commissioned to revolutionize the world, wrote:

‘Be grateful that preparations are being made in heaven for spreading Divine light. Blessings are also stirring up in the earth. You are witnessing an ease in travel and movement that was not known to your parents and grandparents. It is as if this is a new world…Has the earth not undergone a revolution? Just as there is an astounding upheaval on Earth, God also wills that an astounding upheaval take place in the heavens. Both of these are signs of the days of the Messiah. The revelation below, mentioned twenty years ago in my book Barahin-e-Ahmadiyya, alludes to these signs:

‘the heavens and the earth were a closed-up mass, then We opened them out’ [2]

This means that the heavens and the earth were tied up like a bundle and their elements were hidden. God has untied both of these bundles in the days of the Messiah and has revealed their secrets [3]

Unbeknownst to them, these men were simply capitalizing on the worldly revolution set in motion by God, to mark the coming of the Promised Messiah.

According to the Holy Qur’an, the second advent of the Messiah was destined to appear in a time of technological advancement and new modes of transportation.

‘And when the she-camels, ten-month pregnant, are abandoned’ [4]

Meaning, in that era ‘camels would become obsolete and they would not be used as a means of fast transport.’ [5] Rather people will flock towards other modes of transportation such as the railway.

The advancements in technology and manufacturing took an unprecedented leap during the advent of the Promised Messiah (as). Thus he states:

‘It is a matter of principle that whenever a messenger appears in the world, all great world events and revolutions that take place in his time are attributed to his advent.’ [6]

Whatever occurs in the physical world, is indicative of what is occurring in the spiritual realm. Thus, when it is observed that the doors to economic prosperity have been thrown open like never before in human history, it is sufficient cause to pause and ask, have the doors to the field of spiritual progress also been thrown open?

The Promised Messiah (as) writes:

‘Rejoice and be happy that the field of achieving nearness to God is vacant. Every nation is in love with the world and to what pleases God the world pays no attention. Now is the time for those who wish to enter this door that they, mustering all their strength, show their mettle and win the much coveted prize from God. Don’t think that God will let you go to waste.’[7]

The Promised Messiah (as) further elaborates:

‘The reason why I have been appointed is because the field of Taqwa [righteousness] is empty. If you adopt Taqwa, then the whole world will come by your side, thus adopt Taqwa.’ [8]

In many instances, the Promised Messiah (as) has urged people with heartfelt pain to open their spiritual eyes and recognize the opportunities that God has opened for them. He has called for us to enter this field that lays wide open, to receive the bounties of God that the world has left untouched. His earnest desire was that sincere souls come to achieve eminence in the spiritual realm.

Thus the Promised Messiah (as) proclaims:

‘The members of my sect shall so excel in knowledge and insight that they will confound everyone with the light of their truth, and by dint of their arguments and signs.’ [9]

Aside from worldly grandeur, spiritual bounties and elevation have also been promised to those who sincerely attach themselves with the Messiah. It is stated in a Hadith:

‘He will disseminate wealth but none will accept it’ [10]

At first glance, it may be misunderstood that the Messiah was destined to spread worldly riches, treasures, and material wealth. However, this could not be further from the truth. The Fourth Caliph, Hazrat Mirza Tahir Ahmad (rh) concisely explains the true meaning behind the Messiah’s wealth:

‘The wealth he will distribute amongst Muslims is the wealth of spiritual knowledge and wisdom, and not worldly wealth. The refusal of some to accept it further indicates what kind of wealth it was to be; for man is never satiated with material wealth: it is only the spiritual treasures that he spurns.’ [11]

Similarly, a poetic couplet of the Promised Messiah (as) also points towards the distribution of wealth in the following words:

‘The treasures that lay buried for thousands of years, Today I give them away if I find anyone who seeks them.’ [12]

Thus, in order to amass the spiritual gems laid out by the Messiah which will consequently lead us to success in both spiritual and physical realms, it is incumbent upon us to become ‘worthy recipients’. Becoming worthy of divine assets requires unprecedented internal purification. An arduous task in itself.

‘Scrubbing and cleaning of the body is not a hard task; Only those who cleanse their heart are righteous in the estimation of God.’ [13]

You may be asking yourself, what is true success? What kind of success should I be striving for? When can I consider myself truly successful? For a believer, the answer to this common conflict can be understood from the following incident:

A journalist, representing one of Pakistan’s literary magazines, interviewed Hazrat Chaudhry Zafrulla Khan (ra) [a companion of the Promised Messiah (as) who would go on to become Pakistan’s first Foreign Minister as well as President of the UN General Assembly) for a special issue of the magazine. He asked him, ‘Chaudhry Sahib! You have achieved countless successes in your life. What do you think was the greatest blessing of your life?’

Hazrat Chaudhry Sahib (ra) answered this apparently difficult question promptly and comprehensively by saying, ‘The greatest good fortune of my life is that I recognised the Imam of the age, Hazrat Mirza Ghulam Ahmad Qadiani, the Promised Messiah and Imam Mahdi, peace be upon him, and performed Bai‘at [oath of allegiance] at his hands. All praise be to Allah.’ [14]

The response given by Hazrat Chaudhary Sahib (ra) is one that encapsulates the entire attitude and essence a believer must instill in himself. Despite all his worldly achievements and accolades his greatest triumph was giving precedence to his faith over all worldly matters.

Living in a society that emphasizes material wealth as a true marker of success, we must never forget the difference between the success of a believer and a non-believer. Commenting on this stark difference, the Promised Messiah (as) states:

‘The success of a disbeliever leads to misguidance because they, in turn, do not incline towards God, but rather take their own effort, intelligence and capability to be God. A believer, however, turns to God and gains a new understanding of Him. In this way, after every success, a new relationship between them and God is forged and a transformation begins to take place.’ [15]

When we examine the life of the Promised Messiah (as), we see a believer raised in the humble hamlet of Qadian over a century ago in the person of the Promised Messiah (as), we see someone who, despite his preference for seclusion in his remote town of Qadian, still rose to wide eminence amongst his peers through his writings. Despite not being able to attend a prestigious university, theological scholars around the world payed homage to his brilliance. Yet, his true genius was that he threw wide open the doors of spiritual enlightenment for the entire world. In truth, the Promised Messiah (as) revolutionized the definition of success. May we become those who wholeheartedly and sincerely absorb the blessings that are destined to come our way, May we not spurn true success that has been afforded to us by the Messiah of the age.

About the Author: Qasim Choudhary is a recent graduate from the Ahmadiyya Institute of Languages and Theology in Canada. 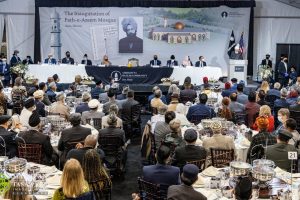 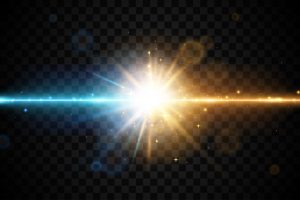 Untold Stories: My Father’s Journey That Transformed Our Family
Arabic, the Mother of Tongues
Comment