‘Everything rises and falls on leadership.’[1]

In 2020, perhaps it ought to be, life and death falls on leadership.

Amidst a global pandemic, the number of infections, even the number of deaths, heavily depend on the approaches taken by leaders of nations to combat it. Amidst rising social injustices, the very safety and livelihoods of people hinges upon the words and actions of leaders of the ‘free world.’

Yet as the world goes through such strife; at a time when the focus ought simply to be on the health, well-being, safety, equality and service of humanity, people seem to be left wondering whether their leaders seek to serve the people, or themselves. Is their only purpose to bash, berate and criticize their opposition, or to address what their people actually need?  As Celinne Da Costa puts it in Forbes:

‘We’re afraid. We’re angry. We’re uncertain. Many of us are no longer asking when we’ll get through this. We’re asking how. We don’t need heroes and powerheads. We need guidance.’

Thus, in searching for guidance, many are left wondering what true leadership looks like; what makes a great leader? This question was answered 1500 years ago, in the personage of the Holy Prophet Muhammad (sa). He summed up his style of leadership in his own words when he said,

‘Your high morals will manifest themselves when you consider yourselves to be the servants of the nation and when you serve the general public with all your capabilities.’[2]

In light of this, the Fifth Caliph and Worldwide Head of the Ahmadiyya Muslim Community, His Holiness, Hazrat Mirza Masroor Ahmad (aba) asks the simple question,

‘Where do we see such standards among leaders and those occupying official posts today?’[3]

Muhammad (sa) was the chosen Prophet of God, and was also chosen by the people to be the governing leader of Madinah, who would go on to peacefully conquer Makkah and subsequently become the ruler of Arabia. The weight of leadership on his shoulders remains unparalleled. Yet despite the rank he was afforded, the most salient aspect which made him the greatest leader of all time, was his integrity and humility in leadership. Whilst explaining why he chose the Prophet Muhammad (sa) as the most influential person in human history, Michael H. Hart writes in The 100:

‘Of humble origins, Muhammad founded and promulgated one of the world’s great religions, and became an immensely effective political leader. Today, thirteen centuries after his death, his influence is still powerful and pervasive.’[4]

He never canvassed, never boasted, took advantage, or even pride in the fact that he was a leader with such colossal responsibilities, who was commissioned as the guide and leader for all of humanity.[5] This was a responsibility never before placed on any leader, and never has been since. How then, did he perceive this responsibility?

He cared not for the title of leader, instead he cared for the welfare of his people. He cared so much, that God Himself attested:

‘…grievous to him is that you should fall into trouble; he is ardently desirous of your welfare…’[7]

His qualities of humility in leadership, and caring for his people were so prominent, that the people of Madinah chose him as their leader without him ever having campaigned or expressed any desire for the position. That is what true leadership looks like, as Susan Biro writes in Forbes:

‘we are not leaders simply because of our titles or responsibilities, nor are we leaders because we have a vision for the future. What makes us leaders is our ability to connect with others in a way that makes them want to help us.’

He connected with the people by serving the people. Whenever one his companions called him, he would reply,

Once, while his companions held a cloth over him to shade him from the sun, the Holy Prophet (sa) assured them there was no need, saying,

On another occasion, when a companion saw that the shoelace on one of the Holy Prophet’s (sa) shoes was broken, he took the shoe to mend it, however the Holy Prophet (sa) took it back and said,

‘This is preferential treatment, and I do not like any preference to be given to me.’[10]

This was the humility, shown by the leader for all of humanity. It was this humility which not only astonished, but drew people to him as well.

The Holy Prophet (sa) truly lived by his own words:

‘The leader of a nation is their servant’[12]

How did this approach fare? The best way to gauge this would be to analyze society under his leadership. His Holiness (aba) described this society in his address at UNESCO:

‘During the 7th Century, under the government led by the Prophet of Islam (peace and blessings of Allah be upon him), astonishing progress was made in Madinah to advance the cause of individual and collective rights. Indeed, for the very first time amongst the Arabs, an orderly and civilized society was established.’

He was undoubtedly a great leader, but what set him apart from every leader in the history of humanity was the honesty, integrity, justice, morality and humility with which he led. In essence, it was his love and equal treatment for all, as the Promised Messiah, Hazrat Mirza Ghulam Ahmad (as) states:

‘If the superiority of any Prophet can be established by such works as proclaim true sympathy with mankind exceeding that of all other Prophets, then O ye people, arise and bear witness that in this respect Muhammad (sa) has no equal in the world.’[13]

God gave his leadership the greatest stamp of approval, when he called unto the Prophet Muhammad (sa), saying,

Imagine the safe, just and peaceful world we’d live in, if our leaders led like the Prophet Muhammad (sa) did. That’s what true leadership is supposed to look like. 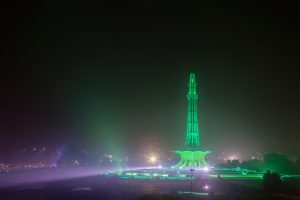 Girl Abductions in Pakistan – A Far Cry from Islamic Values 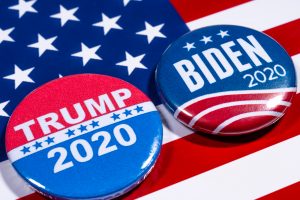 Myths, Hoaxes, Vaccines & the Simple Solutions – How Will We Get Rid of Covid-19? An Interview with Top Expert Dr Faheem Younus
Access and Aspiration: The Islamic Approach to Education
Comment