An excerpt from the Friday sermon delivered by his Holiness, Hazrat Mirza Masroor Ahmad (aba) on November 6, 2020.

I wish to emphasise that there is a vital need to focus our attention towards prayers nowadays. Of course, we pray for ourselves and for our community, but we must also generally pray for all Muslims. Certain leaders of the non-Muslim world are currently harbouring great animosity and malice towards Muslims. Evidently, in this world of democracy, leaders consider the people to be their god and form their statements and policies merely according to their whims. At other times, these leaders themselves are the proponents of attempting to misguide people into denying God and instead making them believe that people alone are the be-all end-all. Even if some leaders do not expressly state their opinions, they harbour enmity and reservations against Islam within their hearts. Due to being unaware of Islam’s true teachings, these leaders and a large part of the general public oppose Muslims. Regardless, it is through our prayers and efforts that we must inform the world of the true teachings of Islam.

In recent days, there have been public remarks made against Islam by a Western leader. Though such comments are often made by some in one form or another through vague political statements, a very unambiguous statement was recently made by the President of France. He has labelled Islam as a religion in ‘crisis.’ The reality is that it is in fact their own religion which is facing crisis; that is of course if they even follow a religion.

Firstly, they do not truly adhere to any religion; they have abandoned religion altogether, including Christianity. Thus, they themselves are in crisis. On the other hand, Islam, by the grace of Allah Almighty, is a living religion meant to prosper and flourish, which is exactly the case today. Allah Almighty Himself has undertaken the responsibility of protecting Islam for all times. In this era, it is through the Promised Messiah (as) that Islam is spreading to all parts of the world.

In reality, the only reason that anti-Islamic forces and individuals commit such actions and make such statements is because they know that Muslims are not united amongst themselves.

I must commend the Canadian Prime Minister who made an excellent statement in response to the comments of the President of France. He said that this [approach by the French President] is completely wrong and must be rectified and that due regard must be given to the religious sentiments and religious leaders of others. If only the rest of the world’s leaders would reflect and act upon the approach and statement of the Prime Minister of Canada in order to establish harmony and peace in the world. Thus, the Canadian Prime Minister is deserving of praise in this regard and we should pray for him, that Allah Almighty may further enlighten him.

In any case, it is clear that there is a lack of unity amongst Muslims and this is the very reason why all of this is occurring. Muslim countries are at odds with one another and increasing divisions display to the world that there is discord amongst Muslims. If the world knew that Muslims are united, that they believe in the same One God and His Messenger (sa) and are ever-ready to present sacrifices for their sake, then the non-Muslim world would never act in this way and never would a newspaper be emboldened to publish caricatures of the Holy Prophet (sa). A few years ago, when caricatures were published in both Denmark and France, there was a momentary outcry and it was announced that their products would be boycotted [by Muslims], but then this reaction withered and disappeared and did nothing and they became silent in a matter of months.

At that time, it was the Ahmadiyya Muslims Community who responded in the appropriate manner and brought to light the beautiful character of the Holy Prophet (sa). This was greatly appreciated and praised by other intellectuals and leaders as well as the general public. We continue this same work even today, as we declare that the actions of a few deviants cannot be ascribed to Islam. It is not the place of any country’s leader to declare that the teachings of Islam, and Muslims themselves are in crisis, based on the wrongful actions of certain individuals; only to incite their nation into thinking that they are at war with us and that they must persist with this fight. In reality, they are the ones who incite such individuals to commit these atrocities. I have stated before that publishing caricatures or any sort of affront against the Holy Prophet (sa) is unbearable for any self-respecting Muslim. Such actions bear the potential of stirring the emotions of some Muslims, and indeed they do. If then someone commits an unlawful act in retaliation or takes the law into their own hands, the blame lies with such non-Muslim people, these governments, or the so-called-freedom, known as freedom of expression. Thus, it is the non-Muslim world which provokes the passions of these people.

When this matter first arose, I delivered a series of sermons in which I elaborated what the correct response should be and the true image which should be projected. As I mentioned earlier, this left a positive impact on others and we continue to adopt this method to this day.

When once a Dutch politician made some statements, I responded in an address that I delivered in Holland, warning him of the wrath of Allah the Almighty. In response the Dutch politician tried to petition the government that I had given him a death threat and asked to ban my entry into the country. In fact, he wanted to lodge a case against me. Regardless, we have, and will continue to respond to every attack against the honour of Islam and the Holy Prophet (sa) to the extent which the law permits us. Doing so leaves a positive impact, and this is the solution which we present that we should take every measure we can within the confines of the law. Above all, we must send Durood [salutations and blessings] upon the Holy Prophet (sa), a matter which I have emphasized in many of my previous sermons. No matter the harsh words which non-Ahmadi clerics use against us, we will always defend Islam in light of its true teachings and this is exactly what we are doing, God-Willing!

The killing of one, two, or four people is nothing but a means of exerting momentary passion and does not present any real solution. If the Muslim Ummah [nation] desires a permanent solution, then the entire Muslim world must become united. Even now, the President of Turkey responded to the French President and a few other [Muslim] countries responded as well. However, these responses do not bear the same impact as compared to the potential impact of a united response from all Muslims. It is said that as a result of the response from the President of Turkey and other nations, the French President changed and softened his statement, and tried to justify what he really meant. Yet, at the same time, he firmly maintained his stance of being correct in their approach. However, if fifty-four or fifty-five Muslims countries were to speak out unanimously, then the French President would not simply make justifications for his statement; instead he would have been compelled to plead for forgiveness.

In short, all I wish to say is that we must pray for the Muslim nations to at least be able to raise a single and united voice against others; only then will we see true results. We have remained persistent in our mission and will continue to do so, God-Willing! It is the duty of those who have accepted the Messiah of Muhammad (sa) to spread the true teachings of Islam throughout the world; to introduce the world to the beauty of the Holy Prophet (sa), and to not rest until the entire world gathers under the banner of the Holy Prophet (sa). Tell the world that their salvation lies in recognising the One True God, and in bringing all forms of injustice to an end.

A few months ago, during this coronavirus pandemic, I wrote letters to certain heads of state once again, including the President of France. In the letter, I warned him in the words of the Promised Messiah (as), saying that these trials and calamities are sent by God as a consequence of injustices. Thus, he must pay heed; end all injustices and establish peace and say only that which is based in truth. We have fulfilled our obligations and will continue to do so. Now it is up to others to decide whether or not they will take heed.

In any case, we cannot forget the Muslim nation in our prayers. May Allah Almighty enable them to recognise the true servant of the Holy Prophet (sa). The world must consider the fact that if they continue to move away from God, it will result in nothing but their ruin and destruction. We must strive to unite the entire world under the unity of God and under the banner of the Holy Prophet (sa). This is also the fundamental purpose of Tahrik-e-Jadid. May Allah Almighty enable us to do this.

Aside from this, pray for the general condition of the world. It is rapidly advancing towards [its own destruction]. Let it not be the case that whilst the world alleviates itself and exits from this pandemic, the world is thrust into another calamity in the form of a world war. May Allah Almighty grant the world sense and understanding, and for everyone to recognize the One True God and fulfill their responsibilities due to Him. 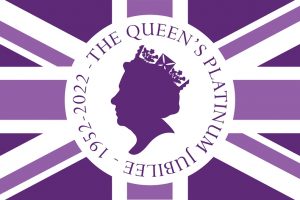 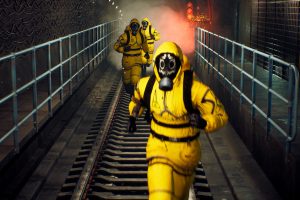 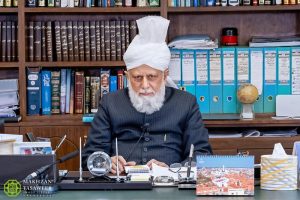