Whenever a Prophet appeared in the past, he was rejected, mocked and persecuted by the very people whom he came to guide. Nations that refused to accept him faced the wrath of God and were destroyed, whilst those who believed in God’s Messenger attained the means to everlasting success and salvation.

When in 1890, the ‘leaders’ of the three major religions of the Indian subcontinent: Hinduism, Islam and Christianity – rose almost in unison to denunciate Hadhrat Mirza Ghulam Ahmad(as) of Qadian, they were merely following the established pattern of response of ‘the learned’ and ‘religious leaders’ of past epochs each time a new Prophet of God appeared in their midst.  The Qur’an says:

And We never sent a Warner to any township but the wealthy ones thereof said, ‘Surely we disbelieve in what you have been sent with.’ (Ch.34:V.35)

But what exactly was the grouse of the Indian ‘learned men’ against Hadhrat Ahmad(as)? The question is pertinent given the fact that these same clerics had a few years earlier hailed him as the ‘foremost defender of the Islamic faith’. He claimed ‘that God had raised him for the guidance and direction of mankind; that he had been raised to remove the dross and innovation that had crept into the worship of the One True God; that he was the Messiah foretold in the traditions of the Holy Prophet(saw) and the Mahdi promised in his sayings; that the prophecies contained in the different religious books about the advent of a Divine Messenger in the latter days had also been fulfilled in his person…’1. He claimed that  God had revealed to him that Jesus(as) had died and was buried in Kashmir, and that Jesus’ reported second coming would only be in spirit and not a physical descent as popularly believed. In summary, he was to purify Islam and unite all other religions under its banner. If this were so, why was the opposition against him so fierce? Were his claims outrageous, outlandish or without support in previous scriptures? Is it possible at the time of his advent that the world was not really in need of another Messenger?

Moral decline as a prelude to the advent of a Prophet

The advent of all prophets has always been marked by a general descent into idolatry and the neglect of the worship of God. This is usually manifested in all manner of vices, corruption and evil to such a level that man, arguably the most sublime of God’s creations, becomes worse than despicable having taken to bestiality, crudity, indecency and egomania. This has happened across the ages and to all peoples and has always prompted God, out of His infinite Mercy, to raise Warners and bearers of glad tidings, whose major duty is to return mankind to the path of rectitude.

The Qur’an claims that there are no people to whom Warners have not been sent (Ch.35:V.25) and that God has taken it upon Himself to provide guidance each time man relapses into unbelief and takes to idol worship (Ch.2:V.39), principally because such heedlessness leads him to commit excesses that would provoke the wrath of his Creator and thereby renders him liable for Divine punishment (Ch.17:V.16). And if God were to punish man without warning, man would advance an excuse claiming he could have reformed his ways if God had indeed warned him! God says He never punishes a people until they have been warned (Ch.17:V.16). The arrival of a Prophet, therefore, signals the time when the so-called scholars and leaders are among the most corrupt by virtue of how they lead others astray. They are usually the ones that benefit most from the existing order and it is no wonder that they see the new Prophet as a threat and usually respond to his warnings by denouncing and rejecting him. Alluding to this historical pattern of response, the Qur’an says:

And there comes not to them a new Reminder from the Gracious God, but they turn away from it. (Ch.26:V.6)

And We never sent a Warner to any township but the wealthy ones thereof said, ‘Surely, we disbelieve in what you have been sent with.’ (Ch.34:V.35)

The ‘wealthy ones’ here includes the powerful ones, the chiefs, the learned scholars and opinion leaders. Collectively, the Qur’an refers to them as ‘Satans’ (Ch.22:V.53), who place obstacles in the way of the prophets. Thus Moses(as) had to contend with Pharaoh, Haman and Karun as his ‘satans’ (Ch.28:V.7), Jesus(as) had High Priest Caiaphas (Bible, Matthew 26:57-65), the Holy Prophet(saw) had Abu Jahl and Abu Lahab, and Hadhrat Mirza Ghulam Ahmad(as) had his own ‘satan’ in a man called Muhammad Hussain Batalawi. God says:

And in like manner have We made for every Prophet an enemy, the evil ones from among men and Jinn… (Ch.6 V.113)

Unfortunate indeed are these ones.

Reading through the Holy Qur’an, we see a myriad of reasons trumpeted by disbelievers for rejecting their Prophets. Long before the advent of Hadhrat Ahmad(as), the people to whom Noah(as) was sent had rejected him because they saw him not only as a mere mortal like them but inferior in status (Ch.11:Vs.28-33). He was raised among a people whose wealthy citizens had an exaggerated opinion of themselves and as a rule, did not mix with the poor. They saw his exhortation as lies and dared him to do his worst. Their action earned them God’s displeasure and punishment (Ch.11:V.38).

After their destruction, they were supplanted by the people of ‘Ad, to whom Prophet Hud(as) was sent (Ch.11:V.51). The ‘Ad Iram tribe established a powerful kingdom which lasted up to around 500 BCE, in a territory called Ahqaf, part of Arabia. In spite of its being near the desert, it was reported to be fertile and able to support agriculture that formed the basis of its prosperity. They built monuments on elevated places (Ch.26:V.129) and had become a proud people because of their military exploits, factories and chemical works. They rejected Hud(as) because he had ‘not brought any clear proof’ and they were not going to forsake their gods just to please him (Ch.11:V.54). Indeed, some of his exhortation sounded incoherent to them and made them believe he had been smitten with evil (bewitched) by their gods. They refused to accept him, thereby earning God’s anger.

Prophet Salih(as) was a well-respected man among his people due to his sincerity, honesty of purpose and uprightness. He was raised among the people of Hijr in the tribe of Thamud, the successors to the people of ‘Ad (Ch.7:Vs.74-80). Hijr (also called Agra), flourished in a period not long before the Christian era. History reports that the Thamudemi tribe filled the land between Basra (in Syria) and Aden. Their capital was in a valley called Wadi Qura situated between Madinah and Tabuk. When the Roman Emperor Justinian invaded Arabia around 79 BCE, his army was reported to include some 300 Thamud soldiers, but the tribe seemed to have gone extinct before the advent of Islam. At the height of their civilisation, they were a powerful and rich people who gloried in their power and prestige. Their citizens led secure and comfortable lives while the affluent had separate summer and winter resorts. However the unimpeachable character of Salih(as) as attested by them, was not enough to make them accept his teachings which they saw as seeking to forbid them from worshipping ‘what our fathers worshipped’ (Ch.11:V.63). They considered him bewitched and demanded a proof of his truthfulness. He gave them the sign of a ‘she-camel’ admonishing them to allow it to wander in the land undisturbed. This was the trial token appointed for them as a people, but in their heedlessness and self-glorification, they failed to grasp its significance, treated the she-camel brutally, and earned themselves God’s wrath.

The people of Sodom and Gomorrah to whom Prophet Lot(as) was sent manifested the worst type of depravity and unnatural vices known to man at the time. The two cities were said to be situated around the Dead Sea. The people for whom Lot(as) was appointed as a ‘warner’ were so steeped in vice that they attempted to banish him from the city rather than mend their ways. They rejected him and thereby made themselves deserving of God’s punishment.

Cheating, lying and all manner of dishonest business dealings characterised the Midianites or those referred to in the Qur’an as the People of the Wood (Aikah) (Ch.15:V.79). Midianites descended from Midian, a son of Abraham(as). Midian seems to be the name of their tribe as well as the town in which they lived near the Gulf of Aqabah, close to the wilderness of Aikah, populated by dwarf trees of wild plums (Ch.26:V.177). It would appear that a section of the population lived on commerce while the other section kept herds of sheep and camels. Shu‘aib(as), was the name of a non-Israelite Prophet who emigrated to Midian. He too was rejected because the Midianites saw him as a ‘mere mortal, a liar and a madman’. Like the people of Noah(as), he was also asked to ‘cause fragments of the sky to fall’ (Ch.26:V.188). Their rejection of the warning Shu‘aib(as) gave them earned them God’s punishment.

The people of Ur (Mesopotamia), among whom Abraham(as) was raised, worshipped the sun and the stars. Their chief god Merodach (Marduk), was originally the god of morning and spring sun. Abraham(as) was an iconoclast in his strict adherence to monotheism. He not only abhorred and preached against idolatry, he destroyed the idols, an action that led to the chiefs of his people ordering that he be burnt alive (Ch.21:Vs.52-72). He was miraculously saved by God, Who directed him shortly after the incident to emigrate with his nephew Lot(as) from Haran to Canaan, where he later settled down and raised his family including Isaac(as) and Ishmael(as).

Prophet Moses(as) had the dual role of first saving the Children of Israel from Pharaoh’s bondage and tyranny in Egypt and taking them to the Promised Land. He was then to provide detailed guidance to enable them to live righteous lives in Canaan as befitting God’s chosen people. Pharaoh and his chiefs rejected Moses’ platitudes seeing him as ‘a liar and a sorcerer’, in spite of the numerous signs and warnings he provided (Ch.7:Vs.104-119 and Ch.7:Vs.131-134) to convince them to release the Children of Israel. Pharaoh’s obduracy earned him God’s punishment and he and his hosts were drowned. The Children of Israel for whom Moses(as) attracted God’s blessings and guided them on their Exodus still took to idolatry at the slightest opportunity (Ch.7:V.139 and Ch.7:V.149). The Israelites have the most detailed documented account of their treatment of successive Prophets. Even though to all outward appearances they accepted most of the Prophets, they frequently broke their covenants with God and remained constantly intransigent. They maltreated and maligned the Prophets, attempted to kill some of them and uttered a grievous calumny against Mary (Ch.3:V.113; Ch.4:V.156; Ch.5:V.71). The reason for their excessive transgressions was their frequent recourse to idol worship.

The last Prophet to be raised directly among the Israelites, Jesus(as), met stiff opposition from the high priests of the Pharisees and Sadducees, who later connived to have him crucified. The Qur’an records that these people were both cursed by David(as) and Jesus(as) (Ch.5:V.79), as a punishment for their conduct.

The disbelievers of Makkah and Madinah rejected the Holy Prophet(saw) because he was a mere ‘mortal who eats and drinks and walks the street’. To be convinced of his prophethood they wanted an angel to be sent down from heaven to accompany him. They charged him with forging the Qur’an and he was pronounced ‘a liar and madman’ (Ch.15:V.7), his exhortation was seen as ‘nothing but mere tales of the ancients’. They also dared him to ‘rain down upon us stones from heaven or bring down upon us grievous punishment.’ (Ch.8:Vs.32-33). 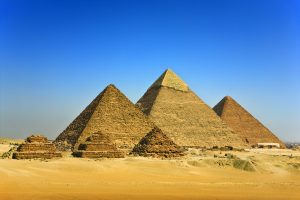