The first Roman Emperor to adopt Christianity, Constantine, erected a great wooden structure on this site in 360 CE known as the Megalo Ekklesia (Great Church), but it was burnt down in a fire in 404. A more permanent structure was established in 416 under the patronage of Emperor Theodosius II. However, this was largely destroyed in a rebel attack in 532. Finally, the current magnificent structure was constructed in 537. It had taken the best masons and over 10,000 workers over five years to complete under the guidance of Emperor Justinian. Marble for the church was imported from across the Mediterranean and artefacts from temples in Turkey, Greece and Lebanon were included in the new design.

The name Hagia Sophia means ‘divine wisdom.’ In 1204, Crusaders plundered the treasury to fund their military expedition. The church was damaged by earthquakes in the 14th and 15th centuries and went into decline. Had it remained as a church, even today it would have been the fourth biggest basilica in the world. When the Muslims conquered the city, Sultan Mehmet led Muslim Friday prayers here on the 3rd of June 1453. He restored the building, added the minarets and dedicated it as a mosque.

The 55.5m dome is one of the five highest in the world. Having been originally built in 537, the dome actually collapsed twenty years later and was rebuilt. The Muslims had to strengthen and support the dome to stop it falling. In some senses, the structure is an example of coexistence as it still holds many Christian paintings and frescoes as well as Qur’anic calligraphy.

The Hagia Sophia was the main place of worship for Christians in Istanbul for 916 years, and then served the Muslims for a further 481 years until it was turned into a visitor attraction and Museum in 1934 under Ataturk. In total, this structure was used for worship by both Christians and Muslims over a period of 1,397 years. 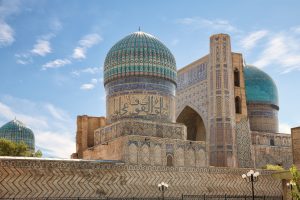 Fasting in the Hindu Faith: An Interview with Malvika Acharya
World Faiths: Tribulations at the Turn of the Age
Comment