Our societies have immersed us for centuries in a capitalist system, a capitalist culture and a capitalist existence. Far from being a set of economic rules and mechanisms, the ubiquity of capitalism offers us an intimate relationship with ourselves, a vision of direction and also of running beyond it.

In our current capitalist context, we are all inhabited by two inner characters. Indeed, the systemic logic in place ended up encompassing all the dimensions of our lived reality, outside as well as inside, making us split beings from within. We, on the one hand, are trade union activists but we clearly sense that our desire is to earn more before being able to maintain or increase our consumption and our debt. We practice the critique of capitalism but at the slightest sign of a slowdown in public funding due to a crisis of public finance, we want the resumption of the sacrosanct economic growth.

This situation is often difficult to live with. In fact, this contradiction is the symptom of the capitalist logic of wealth production which makes us suffering adherents to capitalism. We are suffering because the values ​​and fundamental aims of capitalism are flawed, unsatisfactory and anthropologically ill-adjusted. We know deep down that they do not allow us to achieve goals that are profoundly just.

The reality is that our principles of life, our ways of being, as well as our political and economic institutions, inevitably fulfil a major symbolic function. They are almost always a spontaneous and thoughtful response to the existential anxieties of human beings, which imperatively call for a meaning and a motivation for our actions.

As surprising as it might seem, the profound analysis made by Hazrat Mirza Ghulam Ahmad (as) regarding the three conditions and states of man in his epoch-making book The Philosophy of the Teachings of Islam adapts with troubling ease to our economic system.

The first of our inner characters is the inner capitalist (the natural state of man or the self that incites evil). This particular trait of the self of man prompts him to commit evil, hinders his evolution towards perfection and opposes the development of his moral state.

Fearing neither God nor man, capitalism is the sum of the natural states of men. The ‘inner capitalist’ pushes man not to do what his rationality dictate but blindly persists in making him follow his natural inclination towards extravagance and excessive accumulation, like the animal obeying its natural impulses. It’s equivalent to the state of economic nature in the Hobbesian sense where man is a wolf to man and where man is depicted as an animal in the absence of rules and regulations.

The second of our inner character is the inner alternative (the reproving self). There are some who obey their reason and their intelligence and ensure they regulate their life accordingly. At this stage, man is no longer in a natural but in a moral state. The ‘inner alternative’ is the soul that accuses and blames itself and condemns the vitiating side of the ‘inner capitalist’. Man no longer looks like an animal and opts for a regulated way of life. The ‘inner alternative’ condemns vice in men, and does not spare that the latter is the prey of his own natural inclinations (that of the ‘inner capitalist’), leading to an aimless life.

However, no matter how powerful it might be, the ‘inner alternative’ is unable to fully establish virtue in men for it sometimes happens that he is overwhelmed by the ‘inner capitalist’ and taken over by his natural instincts.

The capitalist paradigm shifts the scales on one side or the other and prevents us from fully reaching the balance of economic ataraxia (the soul at rest). At this spiritual stage, the soul is purified of its shortcomings and amply filled with spiritual forces and enters into communion with God, without whom, it cannot exist.

Today’s most subtle disease is the love for lucre because it is a disease of the soul. This love of wealth is ingrained in man’s mind and arguably has the strongest attraction for him. In fact, the desire of man to acquire material goods and his exorbitant and unhealthy eagerness to want to surpass his peers in terms of wealth, prestige or social position, are the root of all human discord since times immemorial.

The panacea for this disease is an ongoing battle and consists of getting rid of the covetousness of one’s own soul. [1] The true richness is the richness of the soul, [2] namely that which consists in the feeling of satisfaction and of being content with little, without attaching too much importance to ephemeral wealth. True wealth does not consist in possessing an abundant quantity of goods when it is accompanied by the desire to obtain ever more.

Thus, our objections to capitalism have to be anchored in a reflection on the human being and the human existence, and take root in a search of a raison d’être in existence and of a happy relationship with ourselves and with each other. Otherwise, we are condemned to a capitalist confusion and downward spiral leading to greed, inequality and conflict.

About the Author: Ahmed Danyal Arif is a French economist by education and currently working in London. He has a Masters degree in Economics and Politics. After working for the French tax administration system, he published two books in French: Islam & Capitalism: For an Economic Justice (2016), and Economic History of the Islamic World: From Pre-Islamic Arabia to the Umayyad Dynasty (2019). He currently serves as the Editor for the Economics Section in The Review of Religions. 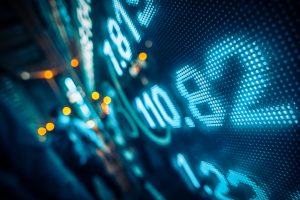 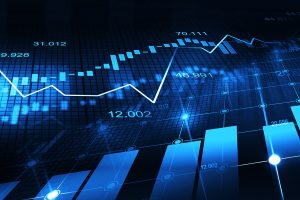 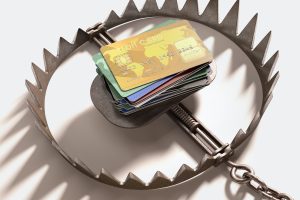 The History of the Prohibition of Interest
Is Ibn Khaldun the Forgotten Father of Economics? Special Interview with the Economist Dániel Oláh
Comment