At the beginning of a relationship, the euphoria of love is spellbinding. We can traverse land and sea or scale any summit or endure unbearable hardships solely for our beloved. But, for many, that feeling of ecstasy evaporates over time. What starts as a relationship brimming with devotion and loyalty abruptly ends far from the happily ever after. But why is this so? According to renowned marriage counselor Dr Gary Chapman, author of the widely acclaimed series The 5 Love Languages, we have overlooked a fundamental truth, people speak different love languages. To love is to communicate, but imagine that the person you are speaking to cannot understand a single word you are conveying. Dr Chapman believes that it is essential that we learn our partner’s primary love language to be effective communicators of love.

Flipping through the pages of this book, I could not help but think of the Promised Messiah (as) and his exemplary bond with his wife Sayyedah Nusrat Jahan Begum (ra), who is affectionately known as Hazrat Amma Jaan (ra). Together, they were said to be ‘one heart beating in two chests.’ [1] But what was their approach to establishing a flourishing relationship? What did they do differently to maintain love in their marriage? Did the Promised Messiah (as) ever implement these love languages in his own life?

If this is your partner’s primary love language, frequent compliments or words of appreciation can strengthen the emotional climate of your marriage. Our words have the ability to encourage and inspire. As Dr Chapman explains, we all have areas in which we are insecure and lack courage. However, verbal reinforcement reveals our latent potential and pulls us out of the dark abyss of self-doubt. The Promised Messiah (as) recognized the positive influence words can have, as illustrated in the following incident. When Hazrat Amma Jaan (ra) learned that sweet rice was one of the favourite dishes of the Promised Messiah (as), she resolved to make some. However, she accidentally added four times the sugar that was required for the recipe. With a pan full of gooey and seemingly inedible rice, and with no time to prep another batch, all seemed hopeless. When the Promised Messiah (as) arrived home, Hazrat Amma Jaan (ra) was on the verge of tears. However, instead of getting angry at his wife, the Promised Messiah (as) consoled her, saying, ‘Why are you upset about the rice? It’s quite nice; I like it this way.’ Then he gladly ate the rice and talked so cheerfully that Hazrat Amma Jaan (ra) soon forgot the embarrassment of her cooking disaster. [2]

Here, the emotional awareness of the Promised Messiah (as) is on full display. He understood that his wife felt insecure about the special dish she made for him. Appreciating her efforts, he complimented the dish, which bolstered her confidence and eclipsed her angst.

Whether it’s washing the dishes, making the bed, or cooking a meal, if executed with a positive spirit, acts of service are indeed expressions of love. Especially when a certain task is burdensome and/or inconvenient, its execution goes a long way in fueling your partner’s emotional tank. In this regard, the Promised Messiah (as) stated, ‘Men should help their wives in doing the household chores, This is a good deed. The Holy Prophet (sa) would help his wives in doing the household chores.’ [4] The Promised Messiah’s (as) own character was such that he did not shy away from carrying out household chores such as making the bed or sweeping the floor. [5]

Similarly, it is narrated that once Hazrat Amma Jaan (ra) and others were sitting in the courtyard of her house eating mangoes. A swarm of flies began to occupy the mango peels, a terrible nuisance. Despite the presence of maids, the Promised Messiah (as) filled a pail with phenyl and sprinkled it on the piles of mango peels to get rid of the flies. [6]

Dr Chapman explains that requests give direction to love, but demands stop the flow of love. What is peculiar about the aforementioned incident is that Hazrat Amma Jaan (ra) did not submit an appeal or ultimatum. The emotional intelligence of the Promised Messiah (as) was such that he changed his preference to meet the needs of his wife. This exemplary conduct indicates why the Promised Messiah’s (as) brother-in-law once stated, ‘Very few husbands take as much care of their wives’ emotions as the Promised Messiah (as) did’. [8]

Do you ever feel like you are talking to your partner but they are off in some other galaxy? As Dr Chapman highlights, for many of us, emotional, physical, and mental presence is a key indicator of whether or not our partner cares, and a central aspect of quality time is togetherness. This doesn’t mean being joined at the hip with your loved one; rather, it simply means giving that person your undivided attention.

This can be accomplished by pursuing activities that both you and your spouse enjoy, and the Promised Messiah (as) achieved this by regularly taking his family and his wife for outings. [9] Through these excursions, the Promised Messiah (as) gifted his family with presence and attention. He viewed these experiences as investments and not wasted time, which further strengthened his relationship with his wife.

Studying various cultures of the world, Dr Chapman concluded that gift-giving is a central theme throughout, as gifts are visual symbols of love. We look at a particular gift and think to ourselves, ‘he was thinking about me’ or ‘she remembered me.’ The cost or value of the gift is not as important as the affection a gift imparts. No wonder the Holy Prophet (sa) advised, ‘give gifts and you will love one another’. [10]

While earthly gifts are often purchased, prayer is truly the best gift of all, as it transcends any material possession. It requires one to separate himself or herself from the comfort of sleep and to spend nights prostrate before the Almighty. Prayer is the most powerful communicator of devotion, loyalty, and love.

Physical touch is a powerful vehicle for communicating love, as it makes people feel wanted and secure. Without touch, many feel alone and neglected, and studies show that it serves as a buffer against stress and regulates heart rate. [13] Dr Chapman explains that we hug one another in times of crisis because in such uncontrollable, volatile circumstances we can cope better if we feel loved.

From time to time, we come across stories of love and devotion that are highly celebrated and lauded as true love. Ironically, many of these tales end in heartbreak and tragedy. However, there is one love story whose script the heavens were preparing 1400 years ago, the story of the angels binding the souls of the Promised Messiah (as) and Hazrat Amma Jaan (ra) against all odds. Pens will become parched, but none can encapsulate the deep love they possessed for one another. Indeed, they illuminated for us the pathways and languages of love long before these five love languages were ever coined in our modern world.

About the Author: Qasim Choudhary is a graduate from the Ahmadiyya Institute of Languages and Theology in Canada, and serves as an Imam of the Ahmadiyya Muslim Community in the United States of America. 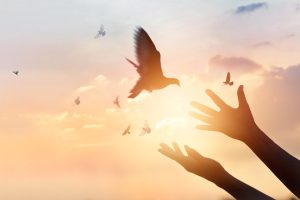 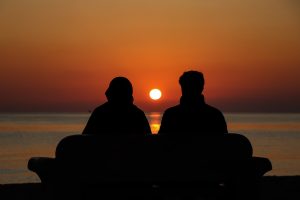 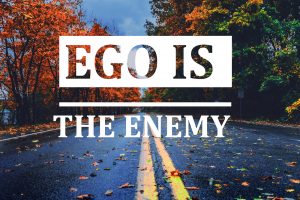 Faithful Until the Very End: A Story of Love, Separation and Tragedy
A True Muslim’s Response to 9/11
Comment