The word ‘Eid’ (عيد) is Arabic for ‘festival’, ‘feast’ or ‘holiday’. In addition to its use by Muslims, it can also be used by Arabic-speaking Christians and Jews to refer to their holidays. But the Islamic holidays of Eid al-Fitr and Eid al-Adha are the two occasions with which the word is most commonly associated.

Eid al-Fitr (عید الفطر) literally means the ‘Holiday of Breaking the Fast’ and marks the end of the Islamic month of Ramadan, when Muslims must fast (eat nothing, drink nothing) from dawn till dusk every day.

The word ‘Fitr’ (فطر) is related to ‘Iftar’ (افطار) which is the evening meal that Muslims eat in order to break their fast each day. Eid al-Fitr is therefore like a really big ‘Iftar’ because it puts an end to the whole month of fasting.

Eid al-Adha (عید الاضحٰی) in contrast, means the ‘Holiday of the Sacrifice’ and in Islamic tradition marks commemoration of the Prophet Abraham’s (as) willingness to sacrifice his son and the latter’s willingness to comply in obedience to the instructions of Allah the Almighty. At the last moment, Allah informed them both that it was just a test of faith and that they should sacrifice an animal instead. Muslims mark this occasion by sacrificing animals and distributing their meat charitably so that even the poorest are able to have some good protein in their diet on that day.

The word ‘Eid’ comes from the Arabic verb ‘عَیَّدَ’ (`ayyada) meaning ‘gather’ or ‘assemble’. In Arabic grammar, this verb is form II of the basic form ‘عَادَ’ (`aada) which means to ‘return’ or ‘go back’. This root is also the source of the Arabic word ‘عَادَة’ (`aadah) meaning ‘habit’, ‘custom’ or ‘law’. The philosophy behind this is that a habit is something that you keep returning or going back to. Habits can spread from one person to many until they become the customs of a group or society. The customs of a society then form the basis of its laws.

Sometimes evil habits, customs and laws become prevalent among a group of people. When this happens, Allah sends a prophet to warn and reform them. If they emulate his pious example, then good habits will spread from one person to many and form the basis of new customs and laws that are virtuous. But if the people refuse to reform themselves, then Allah will punish them. For example, Allah the Almighty says in the Holy Qur’an:

Two forms of the same root ‘عَادَ’ (‘he returned’) appear in this part of the verse. But what do these words actually mean? These words are being addressed by Allah the Almighty to a group of people who have sinned and been punished in the past. Allah is now warning them again that if they return to sin, then He will also return to punish them. But because Allah is Merciful, it is also true that if people go back to doing good, then He will also go back to rewarding them. If people return to Allah, then Allah will also return to them.

After Ramadan this year, it’s worth asking whether we will nurture good habits that will enable us to escape the prison of materialism and return to Allah the Almighty or whether we will go back to the old ways that separate us from Him. 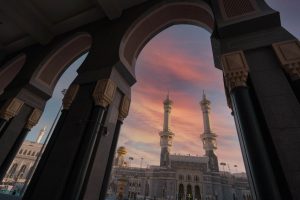 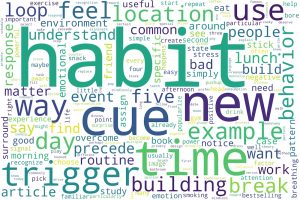