A Characteristic of Islam

Islam has always produced persons of this rank. It is Islam alone in which God approaches a servant and holds converse with him and speaks inside him. He builds His throne in the heart of such a one and pulls him from inside towards heaven. He bestows upon him all the bounties that were bestowed on those before him. It is a pity that the blind world does not realise how far a person can reach in nearness to God. They do not step forward themselves, and if another one does so, he is either declared a disbeliever or he is deified and is put in the place of God. Both these are great wrongs which proceed from one extreme or the other. A wise one should not lack high resolve and should not persist in the denial of such an exalted rank being conferred on anyone, and should neither denigrate such a one nor deify him. When a person attains such high rank, God Almighty manifests such relationship with him as if He covers him up with the mantle of His Godhead and such a one becomes a mirror for beholding God. That is why the Holy Prophet(saw) said: He who has seen me has seen God. This is the last stage in the spiritual progress of man in which he is bestowed full satisfaction.

The Speaker is Honoured with Divine Converse

I would be guilty of doing great wrong to my fellow beings if I were not to declare at this stage that divine bounty has bestowed upon me the status which I have just defined and has honoured me with the kind of converse the features of which I have just set out in detail, so that I should bestow sight upon the blind and should guide the seekers of the One Who has been so far lost, and should give to those who accept the truth the good news of that holy fountain of which many speak but which few find. I wish to assure the listeners that the God, meeting with Whom is the salvation and eternal welfare of man, cannot be found without following the Holy Qur’an. Would that the people were to see that which I have seen, and were to hear that which I have heard, and should lay aside mere tales and should run to the truth. The cleansing water which removes all doubt, that mirror through which that Supreme Being can be seen, is converse with the Divine that I have just mentioned. Let him whose soul seeks the truth arise and search. I tell you truly that if souls are charged with true seeking and hearts develop true thirst, people would search for that way and would seek that path. How can that way be discovered, and how can the intervening veil be removed? I assure all seekers that it is Islam alone which conveys the good news of that path. All other people have since long sealed up divine revelation. Be sure, however, that this seal is not imposed by God, but is an excuse that is put forward by man on account of his privation. Be sure that as it is not possible that we should be able to see without eyes, or should be able to hear without ears, or should be able to speak without a tongue, in the same way it is not possible that without the help of the Qur’an we should be able to behold the countenance of the True Beloved. I was young and am now old but I have not encountered anyone who has quaffed the cup of this visible understanding except out of this holy fountain.

The Source of Perfect Knowledge is Divine Revelation

Dear ones, no one can fight God’s designs. Be sure that the source of perfect knowledge is divine revelation which is bestowed on the holy prophets of God. Therefore God, Who is the ocean of grace, did not design that divine revelation should be sealed up for the future and the world should thus be destroyed. The doors of His revelation and converse are always open. If you seek them along their proper ways you will find them easily. The water of life has come down from heaven and has stopped at its proper place. What must you do, so that you might drink of it? You should, by some means or the other, arrive at that fountain and should put your mouth to it so that you might be filled with the water of life. The entire good fortune of a person consists in this that he should run in the direction in which he perceives that light, and should adopt the way in which he discovers a sign of the Friend Who has been lost. You have observed that light always descends from heaven and falls upon the earth. In the same way the true light of guidance also descends from heaven. Man’s own devices and his own conjectures cannot bestow true understanding upon him. Can you behold God without His manifestation? Can you see in the dark without the help of heavenly light; if you can you may perhaps see in this case also. But our eyes, though in perfect condition, depend on heavenly light; and our ears, though they can hear perfectly, depend upon the air which circulates under divine direction. That god is not true who is silent and leaves everything to our conjectures. The Perfect and Living God is He Who manifests Himself on His own. At this time also He has designed to disclose His own Being. The windows of heaven are about to open, the day is about to dawn. Blessed are those who should rise up and seek the True God, the One Who is not overtaken by any calamity, the brilliance of Whose Glory is never dimmed. It is said in the Holy Qur’an that all the light of the heavens and the earth proceeds from God and lights up everything.1 He is the Sun that bestows light upon the sun, and He is the life of all the animates in the earth. He is the True Living God. Blessed are those who accept Him.

The third source of knowledge is certainty through experience, that is to say, all the hardships and calamities and sufferings that are experienced by the Prophets and the righteous at the hands of their opponents, or that are imposed upon them by Divine decree. Through these hardships and sufferings all the commandments of the law and its directions that were comprehended by the human mind intellectually, appear in practical shape and become experience, and by being developed by practical exercise arrive at their climax, and the person concerned himself becomes a perfect code of Divine guidance. All the moral qualities like forbearance, retribution, endurance, mercy, etc. which hitherto pervaded the mind and heart theoretically, become part of the personality through practical experience and make their impress upon the total personality of the sufferer, as God the Glorious has said that we shall surely try you with somewhat of fear and hunger and loss of wealth and lives and of the fruits of your labour, that is to say, you will suffer all this at the hands of your enemies or by virtue of Divine decree. Then give glad tidings to the steadfast, who, when a misfortune overtakes them, do not lose heart but say: Surely to Allah we belong and to Him shall we return.2 It is these on whom are blessings from their Lord and mercy, and it is these who are rightly and perfectly guided. These verses indicate that there is no virtue in the knowledge that is confined to the mind and heart. True knowledge is that which emerges from the mind and regulates and trains all the limbs, and manifests in practice all the store of memory. Thus knowledge is strengthened and fostered through its impress being imposed on all the limbs by practical experience. No type of knowledge, however elementary, arrives at its climax without practice. For instance, we have always known that baking bread is perfectly easy and involves no great art. All that is needed is that after kneading the flour and preparing the dough, we should divide it into balls of proper size and pressing each ball between our hands should spread it out and place it on a properly heated pan, and move it about till it is heated into bread. But this is only our academic boast. When without experience we start the process of baking, our first difficulty is to prepare the dough in its proper condition so that it neither becomes too hard nor remains too soft. Even if we succeed in preparing the dough after much effort and weariness, the bread that we bake will be part burnt and part unbaked with lumps all over of irregular shape, despite our observation of the process of baking over a period of half a century. Thus relying upon our bare knowledge which we have never practiced, we would suffer a loss of a quantity of flour. If such is the case of our academic knowledge in elementary matters, then how can we rely solely on our knowledge without any practical experience in matters of great import? Thus God Almighty teaches us in these verses that the sufferings which He imposes upon us are a means of perfecting our knowledge through experience.

He has then warned us: You will surely be tried in respect of your possessions and your persons, that is to say, people will plunder your wealth and will kill you; and you will surely suffer many hurtful things at the hands of Jews and Christians and of those who set up partners with Allah; but if you show fortitude and restrain yourselves, that indeed would be evidence of high resolve. The purport of all these verses is that only that knowledge is beneficial which has been tested by experience, and the knowledge that is merely academic and has not been the subject of experience is without beneficence. As wealth is multiplied by commerce, in the same way knowledge arrives at its spiritual climax through practical experience. Thus practical experience is the principal means of perfecting knowledge and bestows a light upon knowledge. The ultimate certainty of knowledge is achieved through experience of every part of it. That is what happened in Islam. God Almighty provided the Muslims with the opportunity to illustrate whatever they were taught in the Qur’an in their practice and thus to become filled with its light. 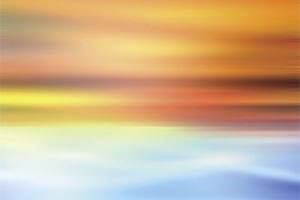