Maryra, also known as Hazrat Mariam by Muslims, is one of the most popular names given to Christian girls living in Western Europe. If you are firmly established in your Christian faith, then as a girl you would know that you had been named after the Virgin Maryra, or maybe a parent or a grandmother—but in most cases it would most likely be associated with your faith background. The Virgin Maryra is greatly revered by Roman Catholics, so in Catholic families you would see that there would normally be a Mary in a Catholic family, either your mother or your grandmother or an aunt.  As a former Roman Catholic brought up in the strong tradition of Catholicism, I was fully aware from a very young age of the presence and influence of the position and reverence given to Mary in my home and my grandparents’ home and indeed, my great-grandparents’ home, all being influenced by Blessed Virgin Mary—the title she is known as.

In my family, there were many people named Mary. The most influential was my most beloved grandmother from my mother’s side, and who was actually my spiritual mentor from a very young age. But aside from her, the other person who was named Mary in my family was my father. This was a common practice many years ago: those boys born on the day of the Assumption of Mary—a celebration and remembrance of Mary ascending into heaven with her physical body on the 15th of August—were named Mary, usually as their middle name.

Another sign of the influence of Mary in the lives of Catholics: you will find in most Catholic (and Irish) homes, with no exception, portraits of either Maryra or the Sacred Heart (Jesusra). Also, you might find some other saints—or all of them. If not portraits, you will find statues of Mary and of the Sacred Heart in most, if not all, Irish homes, schools and hospitals, along with the hundreds upon hundreds of grottos of Maryra in every town, village, and city in Catholic countries.
In my home, we had both, as my Mother was influenced by Sacred Heart (Jesus) and my father, the Virgin Mary. And I too, as I grew up, was very much attached to Maryra, which increased as the years went by, as she was always seen as a role model of a good mother. Like many others, I would pray daily for her and visited the cathedral and spent time praying to the Novena of the Immaculate Conception, who was seen as a role model and incomparable to all others.1 And the fact was that she was also seen as a means to gain redemption; a theology on Maryra developed over time. Alongside the many other titles and attributes, which slowly over time was attached to her, the evolution of Marian theology grew to her being titled Theotokos, or considered a co-redemptrix.2 Everything that I have discussed so far is from my experience as being raised as a Catholic Christian, and much of what I said is only a glimpse of how she was seen and understood. The theological view is far more complex, and cannot be discussed in this article. What I have mentioned above has come from how Catholics viewed—and indeed, still view— Maryra. As my journey of exploring more of my faith continued, I found the image and understanding of the Maryra of my faith was not of the Maryra that was found in scripture.

Mary According to the Gospels

When one looks at Maryra, based purely on what the New Testament presents, we see a simple and dignified human picture of Maryra, and more of women placed at a particular time, which was first century Palestine. This is quite far removed from the images, ideas and concepts that developed about Maryra over many, many decades.  As a Catholic I was of course, brought up to believe in these ideas and concepts; those brought up in Catholic countries like Ireland would certainly know what I am talking about. There will be, perhaps many today, who would not know any better and certainly just accept that what is being taught is correct, just as I did before embracing Islam.
The sad part, I suppose, is when somebody studies Christian theology, or more appropriately Catholic theology, which is in its own right Christian theology, but with slight theological differences to Protestant theology, with regards to the position of Maryra in the Church.  Of  course, we have the vast theological gap with evangelist theology with regards to Maryra, in respect to how they see Maryra from the Biblical accounts. One such well-known evangelist Biblical scholar and Christian apologist, Dr. James White, gives us a taste of how Protestants view Maryra. He says:
“Marian devotion and teaching is so far removed from most Protestants that they observe the entire issue a mere Roman Catholic superstition, one of the clearest indications of how the ‘Catholics believe all sorts of things not found in the Bible.’”3
With regards to what the Bible teaches us, I find myself in agreement with James White on this point, but we must also be fair to the Roman Catholic understanding about how they view Maryra. Roman Catholic scholars can point to what they see as something that can be inferred from scripture, and from other traditional texts, written by early Church fathers, who they believe to be viable sources of historical information with regards to Maryra. We must also appreciate that this is an area of huge theological debate.
What is very interesting is that many scholars would admit that the authors of Matthew, Mark, Luke and John edited the accounts of Maryra according to their own aspirations.4 They only mentioned what they wanted their readers to know, which of course, allowed the door of curiosity to be opened and many questions to be asked: namely,  why was so much edited about Maryra?
In light of such academic manifestations, it is perhaps fair to say, we will not ever really know the complete, accurate historical picture of Maryra. Therefore, we are simply left with fragments of information which need to be put together like a jigsaw, and we can only hope to be able to gain a true reflection of Maryra, of whom very little is mentioned in the New Testament.  And yet over the span of over two thousand years, a huge amount of theological concepts, literature, prayers, reflection and icons—with their many symbols of expressions and meditation—refer to Maryra. Also, we must keep in mind the amount of material which has been written about her, which has become the cause of so much love and respect towards her, by all nations of the world; and the respect given to her by all faiths, in particular Islam.

As mentioned from the beginning of this simple commentary on Maryra, my sheer aim was to highlight the absolute humanness of Maryra, through the fragments of information we have about her from readings of the Gospels. But with careful examination it is not difficult to see that the writers of the Gospels chose how much they wanted to reveal about Maryra, some being positive aspects and some negative.16 Therefore, what we learn from the Gospels is that there is nothing in the Gospels to suggest anything else with regards to her disposition other than she was a normal human being living a normal life as a Jewish woman of her time. What the Gospels did manage to demonstrate was her simplicity, her moral character, her love for Almighty God and her complete obedience to the Will of Almighty God. The Gospels’ accounts showed a young girl who became a young mother to an extraordinary child who became a prophet and Messiah; but also a caring and loving and an understanding mother who at times endured difficulties with raising a blessed child who was to become the awaited Messiah. She had a lot to bear like most mothers, but she had a child who was to become a prophet, so she had to bear the jibes, the laughing, the insults and the sarcastic remarks.  And even at times the threats to the very life of her beloved son—something that happens from time to time when a prophet of God alludes to or declares that he is a prophet or Messiah, (or both as was the case with her son Jesusas).
This reminds me of an incident mentioned in the New Testament, which remains highly problematic for Christians today, where the family of Jesusas is mentioned as being involved in an incident involving Jesusas.  One would assume ‘family’ would certainly mean that Maryra would have been amongst the family members who went to take Jesusas home. It is narrated that people were saying that he was not in his senses, or beside himself.17  The importance of this is to show the type of issues Maryra as a mother would have had to deal with, showing the humanity of Maryra.
Without a doubt, Maryra was an extraordinary lady in every respect, being chosen by Almighty God to become the mother of a prophet and Messiah. She even reached the highest levels of righteousness and closeness to Almighty God, being declared as the best example for all humanity to follow. Perhaps, many of our Christian brethren would be surprised to learn that this statement is not to be found in the Bible, but in the Holy Qur’an.18 Also to be noted is that nowhere in the Gospels is she revealed as being either a co-redeemer, co-mediator or Theotokos, ‘mother of God’.19 These are concepts which developed from the mid-first century to the second century onwards and evolved over time. 20 However, if anyone was to say, where in the New Testament is the evidence which suggests Maryra was the Theotokos, then one would have to say there is none.

6. Joachim Jeremias, Jerusalem in the Time of Jesus: An Investigation into Economic and Social Conditions during the New Testament Period (Philadelphia: Fortress Press, 1967), 154 & 337.

8. Joachim Jeremias, Jerusalem in the Time of Jesus: An Investigation into Economic and Social Conditions during the New Testament Period (Philadelphia: Fortress Press, 1967), 154 & 337. 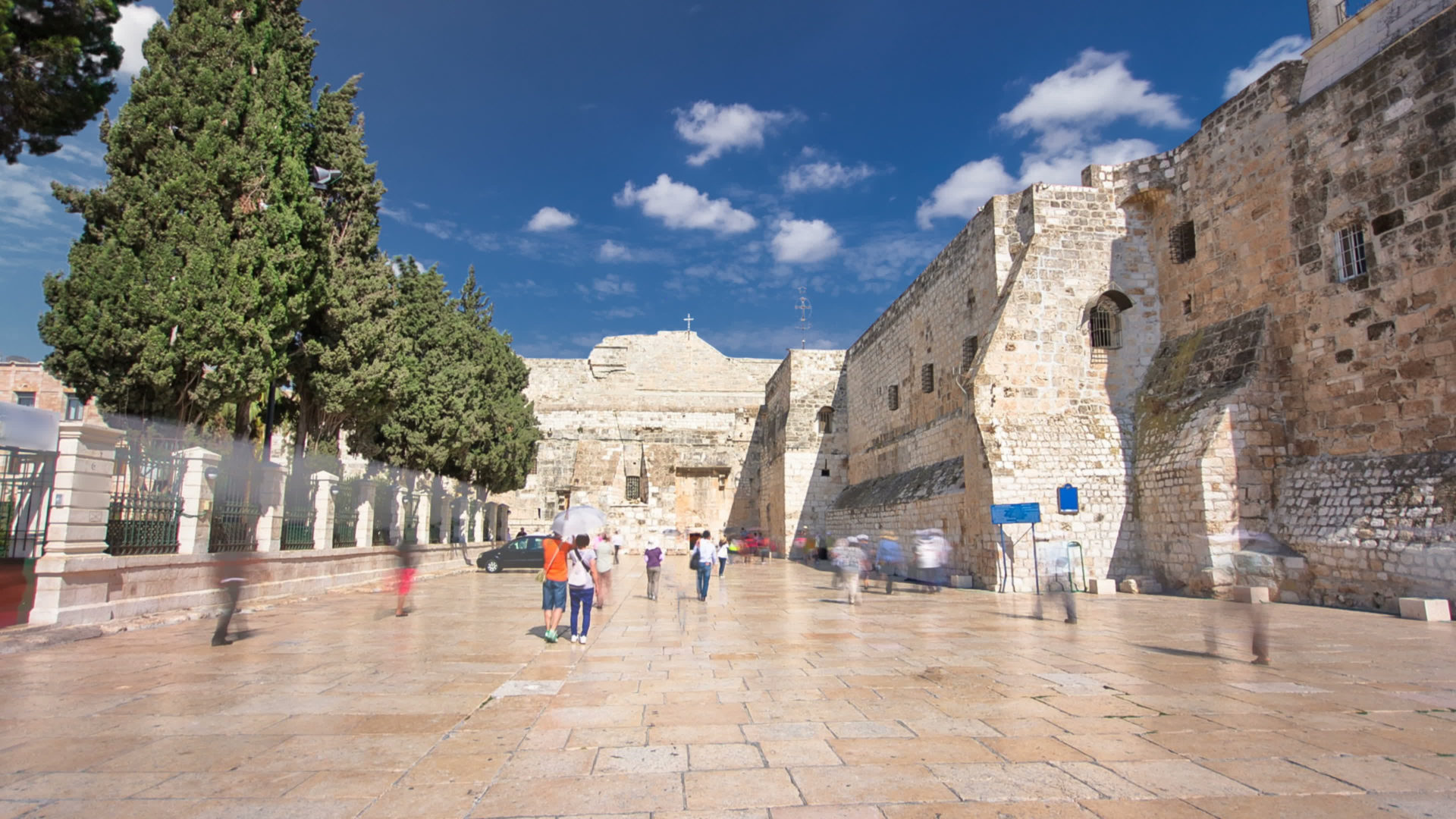 From the Archives – Unity vs Trinity (Part II of II) 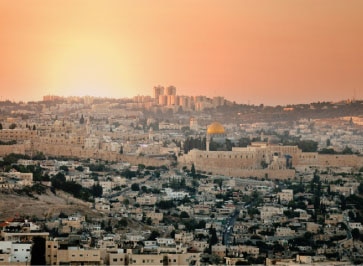 Christmas and Jesus(as): What’s the Connection?
The Messiahs: Their Relationship & Similarities
Comment