Walk into any shopping mall this season and you are sure to come across the famous song ‘I’m Dreaming of a White Christmas’ playing somewhere in the background. As temperatures plummet, in some places people eagerly anticipate a white Christmas – the perfect scene for Santa and his sleigh. But Santa isn’t only confined to the snowy parts of the world. He also makes his way to Christmas parties on the beach with barbeques in the heat of Australia on 25th of December.

The season is also peak time for the entertainment world with blockbuster movies about the nativity or Santa, theatrical plays and pantomimes. In the midst of all the hustle and bustle of Christmas preparations, this is the busiest time for charities around the world feeding the homeless and providing shelter.

Charities play a pivotal role in ensuring that no one is left out of Christmas festivities by providing presents, food and shelter for the homeless, and this charitable effort extends to poverty-stricken countries to raise funds for them too. By far the most important aspect of Christmas is that it unites family and friends, even if it means travelling from the other side of the world to be with their nearest and dearest.  Regardless of any family disputes or disagreements, the goodwill of the Christmas celebration unites loved ones and enables everyone to gather in one room at the same time to enjoy a traditional Christmas dinner. Regardless of whether or not people know what the true meaning of Christmas actually is, this is a time for giving and sharing. There sure is a lot going on at Christmas; however a pause for thought and one wonders what is Christmas really about?

The first thing people associate with Christmas is the birthday of Jesusas. However, the topic of the exact birthday of Jesusas has been debated for decades. Scholars and theologians, including Pope Benedict XVI, agree that Jesusas was not born on the 25th of December.1  One would naturally turn to the scriptures as an authoritative document but the problem we face is that there is no mention of Jesus’as birthdate on December the 25th or any other date in the New Testament. What we do find in the New Testament are clues as to when the birth of Jesusas may have occurred; the gospel of Luke sheds some light on this:

‘And there were in the same country shepherds abiding in the field, keeping watch over their flock by night.’2

According to the above verse, the shepherds were watching their sheep at the time of Jesus’as birth. It is highly unlikely that the shepherds would have been watching over their flock at night in the cold month of December, so this indicates that the spring lambing season was probably in a warmer season, not in the month of December. In relation to this, Albert Barnes, an American theologian of the 19th century,  writes in his commentary,

‘It is probable from this that our Saviour was born before the 25th December, or before what we call “Christmas.” At that time it is cold, and especially in the high and mountainous regions about Bethlehem. But the exact time of his birth is unknown; there is no way to ascertain it.’3

Many other biblical commentators suggest that the birth of Jesusas took place in the warm season. The Holy Qur’an also sheds light on this:

‘…the angel called her from beneath her, saying, “grieve not. Thy lord has placed a rivulet below thee; and shake towards thyself the trunk of the palm-tree; it will drop upon thee fresh ripe dates; so eat and drink and cool thine eye.”’4

These verses about the birth of Jesusas mention how Mary took advantage of the shade under a date tree during labour and God provided her with the dates to eat; yet this would not be possible in December, when dates are not ripe.

The question arises, then, that if December 25th is not the birthdate of Jesusas then how and when did Christmas celebrations and traditions enter the folds of Christianity?

Historical evidence informs us ‘the reason why Christmas came to be celebrated on December 25th remains uncertain, but most probably the reason is that early Christians wished the date to coincide with the pagan Roman festival marking the “birthday of the unconquered sun” (natalis solis invicti); this festival celebrated the winter solstice, when the days again begin to lengthen and the sun begins to climb higher in the sky.’5

As researcher David Ingraham writes, ‘In A.D. 375, the Church announced that Christ’s date of birth had been discovered to be December 25th.  This date was without biblical or historical grounds, however and became official for the sake of convenience so that the celebration of the birth of Christ could be merged with pagan festivities of the season.’6

The festival of Christmas was simply assimilated by the church via a process of syncretism solely for their purposes claiming it as the time of the Jesus’as birth and celebrating it accordingly. The New Catholic Encyclopedia states,

‘Christmas originated at a time when the cult of the sun was particularly strong at Rome. This theory finds support in some of the Church Fathers’ contrasting the birth of Christ and the winter solstice. Though the substitution of Christmas for the pagan festival cannot be proved with certainty, it remains the most plausible explanation for the dating of Christmas.’7

Christmas began in Rome with a birthdate for Jesusas and the traditions of Saturnalia and Yule festivities morphed and gradually spread across the globe. All popular forms of Christmas traditions such as the Christmas tree, mistletoe, gift-giving and Santa Claus all have a historical background in pagan customs.8

Many individuals see Christmas as a religious festival where families come together and celebrate, but there is no real connection between Christmas and Jesusas at all. Christmas, however, having been established for centuries, is exceedingly popular, fun and such a deeply-rooted tradition for people that it would be difficult for them to abandon or stop celebrating it.

Even the story of Santa has been debated, particularly as to whether or not lying to children about Santa Claus is damaging. Writing in The Lancet Psychiatry, psychologist Christopher Boyle and researcher Kathy McKay state that the story may lead to distrust: ‘If they are capable of lying about something so special and magical, can they be relied upon to continue as the guardians of wisdom and truth?’.9

Whilst there are differing parental views when it comes to explaining the origins of Christmas to children, the majority of parents may overlook things. The point is that if everything about Christmas including Jesus’as birthdate is not accurate then children may grow up to have doubt in their faith, questioning what the truth is. From a religious perspective this could be seen as a tough test of faith especially because celebrations such as Christmas don’t match up with the Biblical accounts and cannot be perceived as reality.

Regardless of the popularity of Christmas celebrations on 25th December, the problem is that there is no theological evidence in any Biblical ancient documents or scriptures to support its connection with Jesusas. Jesusas neither observed Christmas nor taught others to observe it.

Jesusas was definitely born to his pious mother Mary of a miraculous virgin birth and came to earth for a purpose. Reflecting on the purpose of Jesusas coming to earth and his mission, we learn from the New Testament that Jesusas was a devout follower of the Old Testament which taught against idol worship, therefore it seems highly unlikely that Jesusas would ever wish for his followers to worship him as an idol after his death.

‘Do not think that I came to abolish the Law or the Prophets; I did not come to abolish, but to fulfill.’10

This verse in the Gospel of Matthew tells us how Jesusas was a devout follower of the Old Testament law, which warned against adopting pagan worship customs to honor Him.11

The celebrations of Christmas in some parts of the world such as partying or merry making and excessive indulgence are certainly not what Jesusas may have guided his followers to do. Christmas has probably continued to be celebrated without a pause for thought about its exact origins or true meaning. However, there are good things that occur during the festive season in many countries such as charitable efforts to feed and support the homeless and acts of kindness, which Jesusas humbly taught.

This festive season is a good time to reflect on the true purpose and life of Jesus’as true mission on earth to fulfill and guide people to follow the Mosaic Law, and to gather the lost sheep of Israel. At the same time Jesusas also guided people about the prophecies for the future especially relating to his second coming.

‘I tell you truly that those who were revived by the Messiahas [Jesus] are dead, but he who will drink of the cup that has been bestowed upon me will never die. If there is anyone else who can also utter the life-giving words that I speak and proclaim such wisdom as I do, then you are at liberty to conclude that I have not come from God Almighty. However, if this wisdom and understanding – which serves as the water of life for those whose hearts are dead – is not procurable from any other source, then you have no excuse for the crime of having rejected the fountain that has been opened from heaven. No one on earth can stop it.’12

About the Author: Navida Sayed is a long serving member on the Editorial Board of The Review of Religions and is currently Editor of the Christianity Section. She has been the Coordinator of the Ahmadiyya Muslim Community’s Women’s Research Team UK since 1992, whose work has predominantly revolved around Biblical studies. 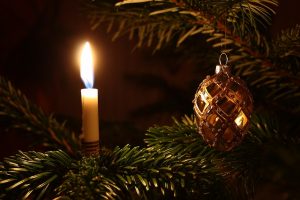 Christmas Reflections of a Muslim Convert 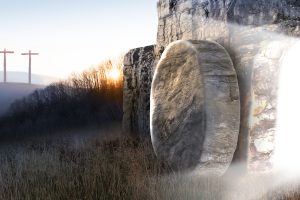 Back Issues • Featured • Jesus (as) • Magazine 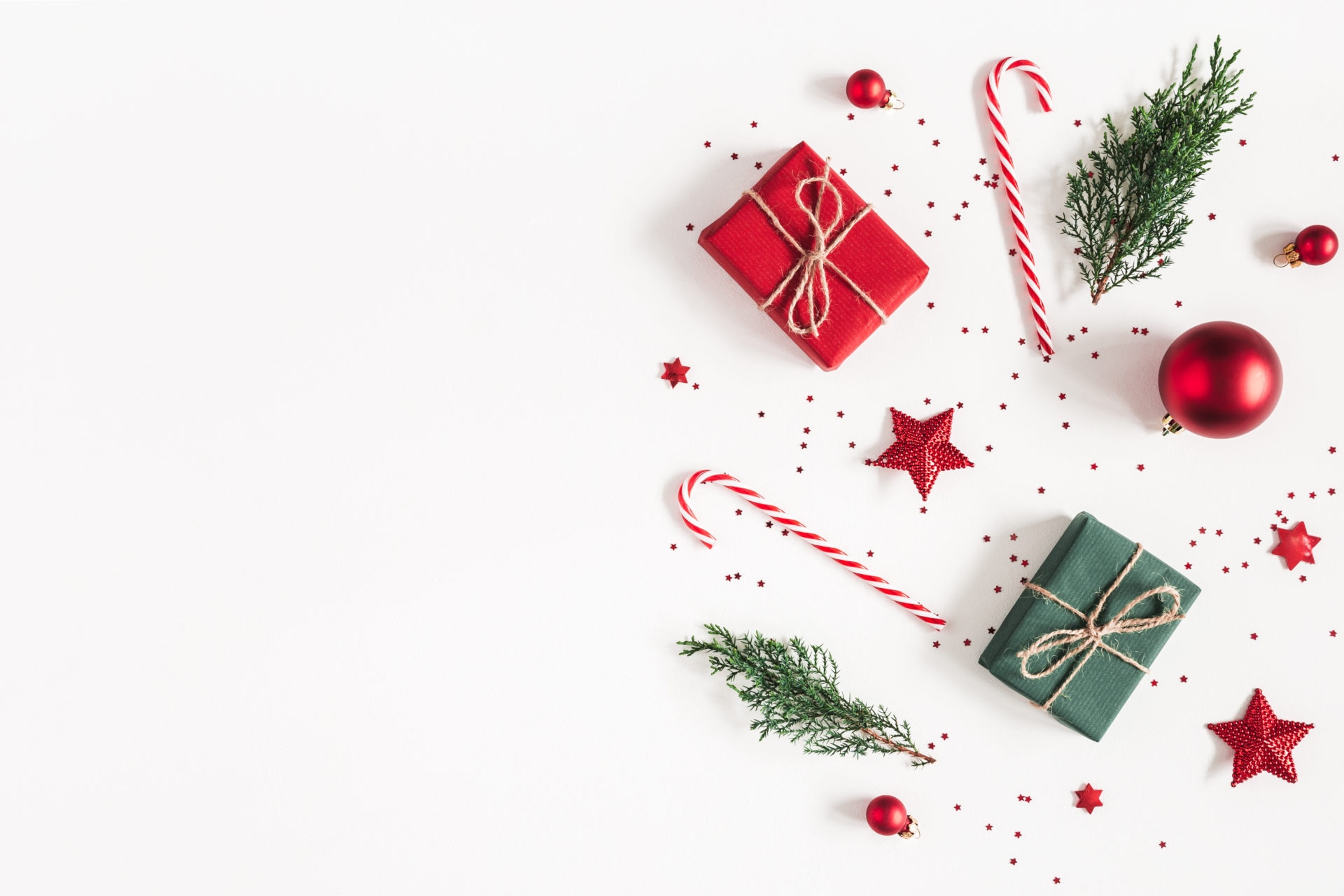