The Al-Qalam Project was officially launched by the worldwide Head of the Ahmadiyya Muslim Community, the Fifth Khalifah (Caliph), His Holiness Hazrat Mirza Masroor Ahmad (aba) and founded by Razwan Baig in 2016. It is a first of its kind that aims to produce a unique copy of the Holy Qur’an: one in which each verse has been penned by a different writers. Since its official launch, in collaboration with The Review of Religions, has travelled across the world, UK to India, Canada and Germany.

This Holy Qur’an handwritten solely by Zahoor Ahmad Khan, inspired by the Al-Qalam Project will also be displayed in this years ROR exhibition at Jalsa Salana.

In the Name of Allah The Gracious, The Merciful

During the Jalsa Salana (Annual Convention) Qadian 2016, I saw some young volunteers setting up the Al-Qalam Project banners. Announcements were made for members of the Ahmadiyya Muslim Community to visit the central library called Nuruddin Library and participate in the Al-Qalam Project by writing a verse of the Holy Qur’an.  I was very happy hearing this and could not believe the fact that I was going to partake in this magnificent endeavour.

This was prophesied by Allah Almighty through the Holy Prophet (sa) in Chapter 68, verse 2:

‘By the inkstand and by the pen and by that which they write’.

In my opinion, this verse alludes to a spiritual community who would write the entire Holy Qur’an together. This magnificent work was destined to be carried out only by the Ahmadiyya Muslim Community, the Community of Hazrat Imam Mahdi (as), during the blessed Caliphate of Hazrat Khalifatul Masih V (aba). In the past fourteen hundred years, no other Muslim Community has been granted such an opportunity. This monumental work was carried out by over six thousand members of the Ahmadiyya Community [and also included some non-Muslims as well as the Holy Qur’an is for all mankind—Ed] under the blessed Al-Qalam Project, initiated by our beloved Caliph (aba). Certain non-Muslim guests also participated in this project with the love and permission of His Holiness (aba).

The verse I wrote for this blessed project during Jalsa Salana Qadian 2016 was 44 of Surah Yusuf and I left the following comment in the guest impressions book:

By the Grace of Allah Almighty, I completed the blessed task of writing the entire Holy Qur’an myself, which also in my opinion, is a part of the Al-Qalam Project. The completion of this project is no feat on my part or due to any personal merit. In fact, before working on this manuscript, I was unfamiliar with calligraphy, and before working on this manuscript in the Arabic language I had never written something this important or of this length. My dear teacher Mr. Muhammad Hameed Kausar, Principal of Jamia Ahmadiyya Qadian, played a vital role in this regard. During my years studying in Jamia I had learned to write Arabic to a certain degree due to his constant efforts and attention to train me. Approximately fourteen years later, his hard work was put to use in writing a Holy Qur’an. May Allah Almighty reward him immensely for his influence towards this.

The house and the room in Khan Pora Kashmir, India  where Zahoor sahib completed the handwritten Holy Qur’an.

I began writing the Holy Qur’an on 24th January 2017. I would write for approximately three hours every day, the majority of which was spent after Fajr prayers. Sometimes I would write after the Zuhr and Maghrib prayers. I experienced many hurdles for the first two months during the writing of this manuscript. I had negative thoughts such as, will I ever finish such a grand and important writing? This work required immense patience. Whenever I would think of the Al-Qalam Project it would serve as a means of great inspiration and increased morale for me and the negative thoughts were dispelled.  At last, this project was completed on 10th June 2018 on the 20th day of the blessed month of Ramadan, after spending one year, five months and seventeen days and an approximate total of 574 hours.

I had the opportunity to write verses 1-63 of Chapter Al-Ma’idah in the old part of Masjid-e-Aqsa, and I wrote verses 64-112 of the same chapter in Masjid Darul Anwar, Qadian during the refresher classes between the Zuhr and Asr prayers. The manuscript I have written has a total of 965 pages and weighs 2.43kg. I have written the following verse of the Holy Qur’an in bold on the title page of this manuscript:

This verse reminds of the blessed Al-Qalam Project which inspired me, and it will continue to serve as a reminder for the remainder of my life.

I learned a lot from writing this Qur’anic manuscript. I learned that any small or major task cannnot be accomplished without the Grace of God, patience, ambition, determination, and prayers of the Caliph of the time.

An incident took place during the time I was preparing this Qur’anic manuscript which is as follows: A portion from the last part of the Holy Qur’an had not yet been written, and I received a sudden electric shock as I attempted to fix the electricity after the Zuhr prayers only a day before the holy month of Ramadan. The shock was so powerful that I fell almost five feet away. By the Grace of Allah, I did not receive any head injuries. I believe that I was saved miraculously from meeting death because I had to finish the Qur’an manuscript. I was protected as a result of Huzur-e-Anwar’s (aba) Al-Qalam Project.

I desired that if my handwriting was of a good standard, then this manuscript should be placed in the Qadian exhibition hall. However, as a result of Huzur’s (aba) affection and due to the administration of the Jama’at, this Qur’anic manuscript was placed in exhibitions held in Kashmir, Qadian, London and Germany along with other old manuscripts. It was displayed for the participants of Jalsa Salana Germany 2018. This was a great honour and reward for me that beloved Huzur (aba) accepted this manuscript from me as a present and passed it forth to Respected Razwan Baig Sahib, founder of the Al-Qalam Project, through The Review of Religions team, who proceeded to display it at the exhibition hall in Germany.

It is my feeling and firm belief that the Caliph has tremendous respect, appreciation and love for the emotions of every single servant of this Community. In this day and age, such compassion can only be found in the Caliphate of the Ahmadiyya Muslim Community.

I want to let everyone know that whether a task is small or significant, whether it is religious work or secular, it is not possible to accomplish it without the Grace of Allah, prayers of the Caliph of the time, patience, consistency, tremendous resolve, passion and courage. Do not consider any task too difficult. With this advice in mind, you will be able to complete the most significant religious and secular tasks with ease, no matter how impossible it may seem. In the end, it is my ardent desire that someone with beautiful Arabic handwriting should commit to doing calligraphy of this entire Qur’anic manuscript. May Allah Almighty enable us to do so.

The Excellences of Bismillah 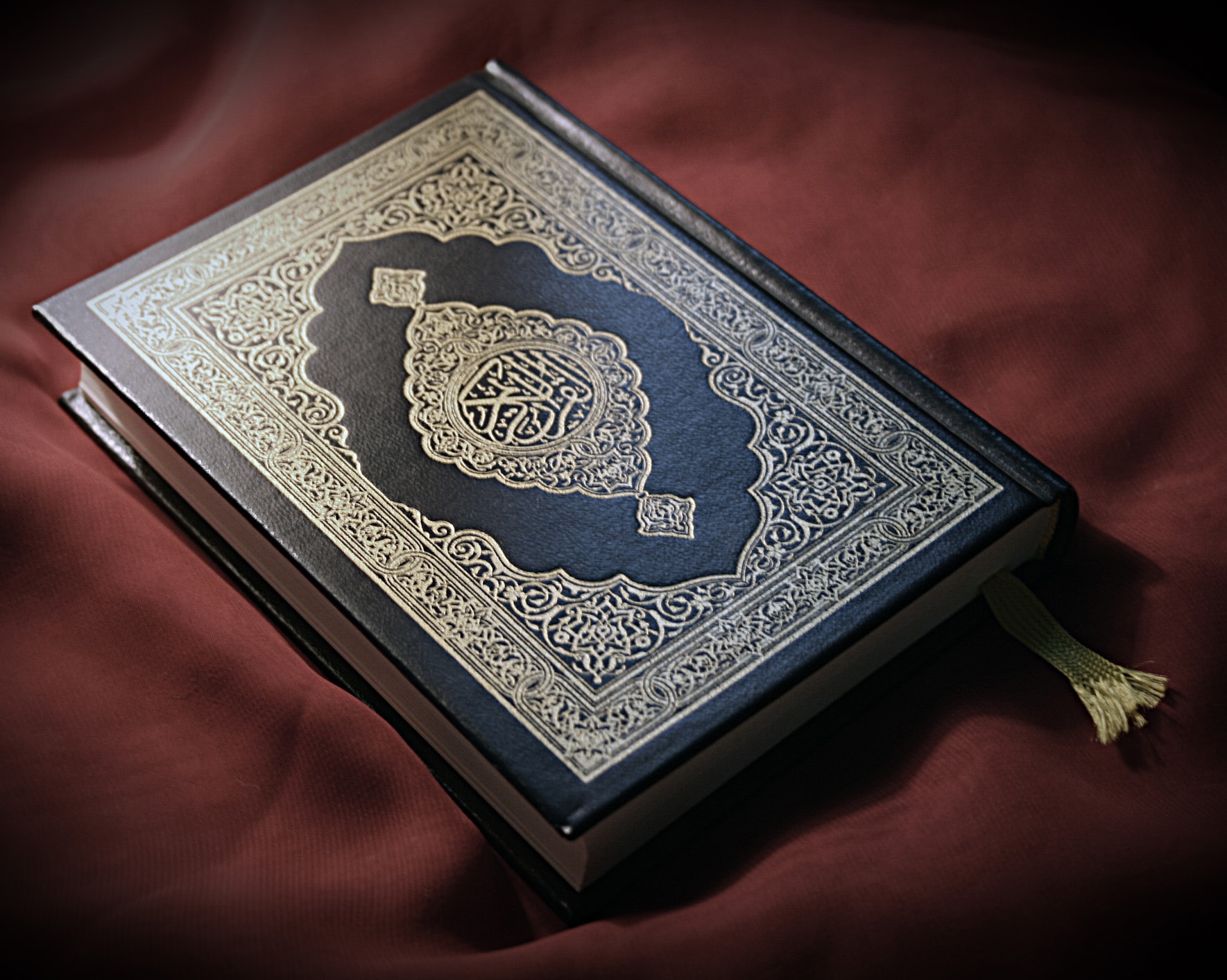 Jalsa Salana: A Unique Gathering
In Search of the Creator: Through the Eyes of the Craftsman
Comment