Before his 2008 visit, Hadhrat Khalifatul Masih V visited Canada twice after being elected Khalifa, first in 2004 and then in 2005. On both occasions he celebrated Canada Day and presided over the 28th and 29th Jalsa Salana respectively.

The Jama’at Ahmadiyya Canada is headquartered in Maple, Ontario, close to Toronto. It was here in the summer of 2004 that Hadhrat Khalifatul Masih V stayed for the entire duration of his first visit to Canada which lasted for two weeks. The 28th Jalsa Salana, Canada was the centre point of this visit.

Hudhur arrived at Toronto’s Pearson International Airport on June 21, 2004 and was  greeted at the airport by an assembly of dignitaries headed by Maulana Naseem Mahdi (then Amir of Canada), and including federal ministers and MPs as well as provincial and municipal representatives. From there he was driven to Peace Village, the small township populated mainly by Ahmadis and whose landscape is dominated by the impressive Bai’tul Islam mosque. On his arrival there, he was greeted by 6,000 Ahmadis and was given a guard of honour by the local police.

Ten thousand people were present at the first Jumu’ah service held at the International Centre near the airport. Hadhrat Khalifatul Masih V also had the opportunity to visit the Ahmadiyya Abode of Peace. This is a 14 storey apartment building housing 150 Ahmadi families located in the town of  Weston.

Canada Day falls every year on July 1st. It is a national holiday, commemorating the establishment of the Canadian Federal Government in 1867.

Jalsa Salana was held from July 2-4, 2004 at the International Centre, in Mississauga. More than 21,000 people were in attendance.  Hadhrat Khalifatul Masih V addressed the delegates on all three days. In addition to the thousands of Ahmadis, a number of federal and provincial MPs participated in the Jalsa on the final day. The Honourable Joseph Volpe, then Federal Minister for Human Resources, paid tribute to the Ahmadiyya Jama’at in the following words:

‘…The Prime Minister wanted me to add a few words. He wanted me to indicate that what makes this country strong is what is here before us today. People with great initiative, with great enterprise, a sense of adventure, those who would leave other places and bring all of those attributes to a place like ours – Canada, their country, our country.’

The Monday after Jalsa, Hadhrat Khalifatul Masih V returned to the UK.

Hadhrat Khalifatul Masih V flew from the UK to Vancouver International Airport on Saturday June 4, 2005. He was greeted at the airport by a delegation of dignitaries led by Maulana Naseem Mahdi. Vancouver is the third largest city in Canada.

In Calgary, he laid  the foundation stone for the new mosque Baitun Noor. The Calgary mosque is being built on 4 acres of land, north-east of Calgary. The construction plans include a Mission House, offices, a guest house and multi-purpose halls.

From Calgary Hadhrat Khalifatul Masih V continued his journey eastward; he inspected the Jama’at land in Edmonton and Lloyd Minster. Saskatoon was his last stop on his tour of Western Canada.

He flew into Toronto’s Pearson International Airport three days before the 29th Jalsa Salana was to commence.

Jalsa was held on Friday 24th June through to Sunday 26th June at the International Centre where Hadhrat Khalifatul Masih V led the Friday prayers, inaugurated the Jalsa and presided over four of its sessions.

Many dignitaries attended the last day of Jalsa and addressed the congregation. One of the dignitaries was Mr. Stephen Harper, the present Prime Minister of Canada. (At that time he was a Federal MP and leader of the Official Opposition).

The following day was Canada Day, which Hadhrat Khalifatul Masih V celebrated with the Jama’at in a park near the Baitul Islam Mosque.

Hadhrat Khalifatul Masih V also laid the foundation stone for the Brampton Mosque (Brampton is a suburb of Toronto) and then  travelled east, by road, to Ottawa and Montreal to Toronto via Cornwall, a small town in Ontario, before returning to Toronto on Monday July 4th. He left for the UK on Wednesday July 6th.

Hudhur’s historic visit to Qadian in 2005

Although Hudhur had addressed the 2003 Qadian Jalsa via satellite from London, in which he spoke on the need for tolerance, his visit to the blessed town of Qadian in India was to take place two years later in 2005.

This Jalsa was especially historic as it was only the second one to have been blessed with the presence of the Khalifa of the time. The 1991 Qadian  Jalsa was held in the  presence of Hadhrat Khalifatul Masih IV(ru).

Before reaching Qadian, Hadhrat Khalifatul Masih V was in  Delhi where among other tours, he visited the tomb of Bakhtiya Kaki, a Muslim saint from the twelfth century. The visit was of significance as it was exactly a hundred years earlier in November 1905 that the Promised Messiah(as) had also paid a visit to this tomb.

Hudhur spent the majority of his visit in Qadian The Jalsa was attended by around 70,000 people. This was the first time also that many members of the jamaat from Pakistan were able to see Hadhrat Khalifatul Masih V since his election to office, including his mother and other family members.

Apart from the Jalsa, Hudhur visited over 300 homes meeting members of the Jama’at. He was also able to meet with all the office bearers and met all the Dervesh (those who stayed behind to protect Qadian after the partition of India and Pakistan.) Hudhur also visitied the many blessed places where the Promised Messiah(as) lived, prayed and worked as well as the Bahishti Maqbara where he and other blessed companions are buried.

He also gave detailed instructions on the development of Qadian and the relocation of administrative offices to the growing outer ares.

It was a truly memorable event. 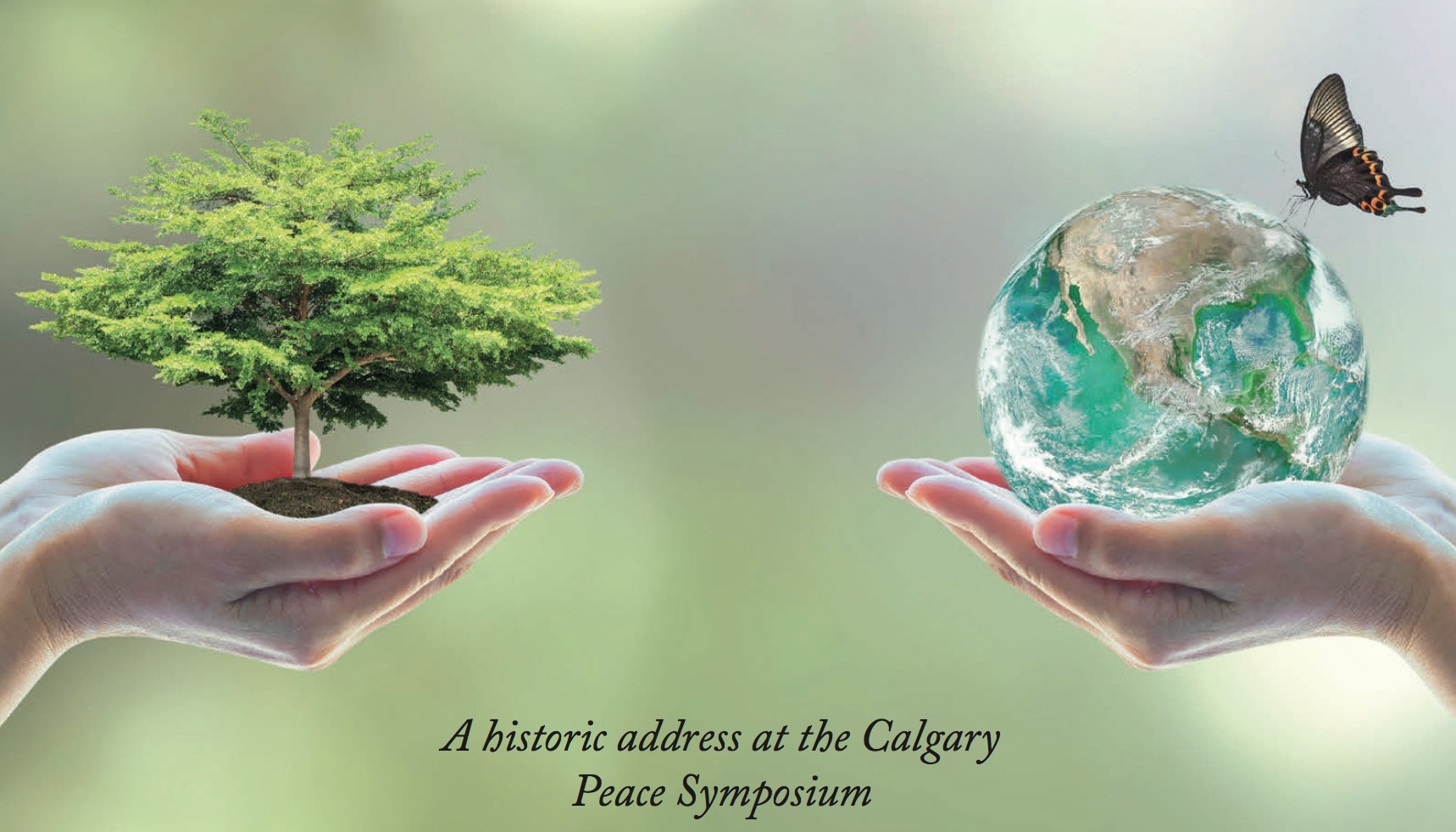 Ways to Establish World Peace (The Khalifah in Canada) 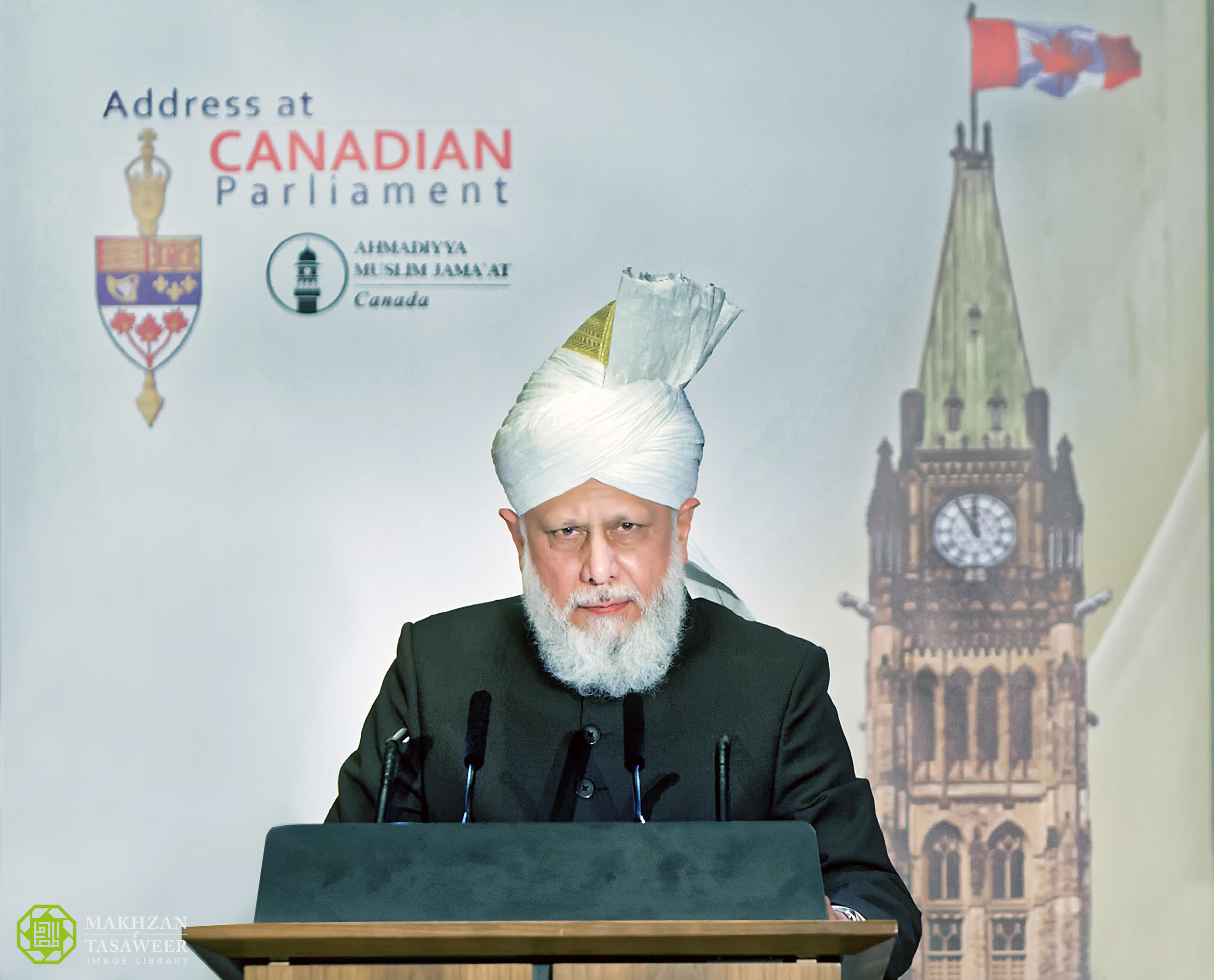 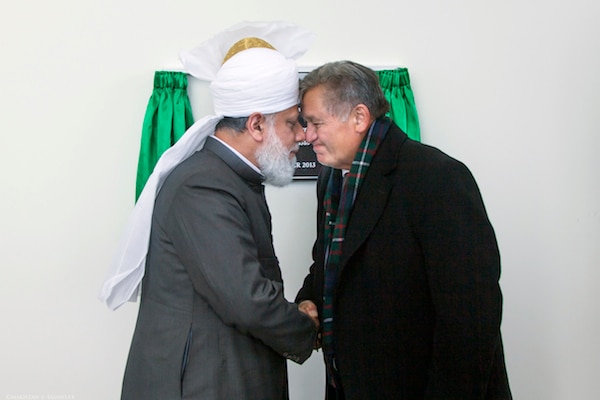 An Antepodean Trip of Peace