April 19, 2003, is a day Ahmadi Muslims will never forget. Hadhrat Mirza Tahir Ahmad, Khalifatul Masih IV(ru), had been Head of the worldwide Ahmadiyya Muslim community for almost twenty-one years. A whole generation of Ahmadi Muslims had grown up knowing him as their leader. Suddenly on this day five years ago came the shattering news of his sudden demise.

The news of his passing away sent the length and breadth of the global Ahmadiyya Muslim community into shock and grief. Hadhrat Mirza Tahir Ahmad(ru) was no ordinary leader; he was a fearless champion of Islam who had put the Ahmadiyya Muslim Community on the road to worldwide spiritual triumph with masterly swiftness; a Khalifa of the people; a charismatic man who felt the suffering of the poor and took steps to ameliorate their plight; a man of kindness whose personage shone like light from Heaven. He was a man of gentility but also of authority; a man of purity whose soul was at peace with his Lord. Whoever met him could not fail to feel they were in the presence of greatness. He spoke pearls of wisdom and his words had power and force. At the same time, he was humble and made each and every Ahmadi feel special. His aura was truly indescribable as was the grief that was now felt by the millions who loved him above everyone else.

However, as Muslims, the members of the Community bowed their heads to the decree of Allah with full faith in promise contained in the Ayat-ul-Istakhlaf, dealing with the subject of Khilafat: ‘He will surely give them in exchange security and peace after their fear.’ (Ch.24:V.56)

Speaking about a series of revelations vouchsafed unto him from on high which presaged his imminent departure from this life, the Promised Messiah(as) had prophesied in categorical terms that after him would be instituted the system of Khilafat and that it would remain unbroken until the Day of Judgement.

All four successors to the Promised Messiah(as) up to then had also re-affirmed the words of the Promised Messiah(as) and given the community the glad-tidings that the great bounty of Allah which was Khilafat would remain with them. On being asked a question about his successor, for instance, Hadhrat Mirza Tahir Ahmad, Khalifatul Masih IV(ru), made the following remarks in his answer:

“…It is the Electoral College which has already been constituted and whose members live but they are dormant as long as I live. It is neither their responsibility, nor yours, nor anybody else’s. God will decide who will be the next Khalifa and the expression of God’s Will will be made through the oracle of this Electoral College… When the next Khalifa comes, either accept him or reject him but, I assure you, God will accept him and whoever opposes him, his efforts will be frustrated…” (Quoted in Ahmadiyya Bulletin UK, May/June 2003 edition)

So it was with great hope and expectation that the members of the Ahmadiyya Muslim Community converged upon the Fazl Mosque, London, as the Electoral college (Majlis Intikhab) convened inside the mosque on the night of April 22, 2003, to discharge the all-important trust of electing the next Khalifa. Millions who could not travel to London stayed tuned to MTA awaiting the announcement that would mark the beginning, for the first time in Islamic history, of the era of a fifth Khalifa. With full cognizance that this was a most sensitive and critical time in the life of the Community, everyone was engaged in prayer for Allah’s grace and mercy.

After what, at the time, seemed like an eternity, the microphone from the mosque  crackled and came to life and with it the news by Mr Ataul Mujeeb Rashed, Secretary  of the Electroral College, that everyone was waiting for. The Electoral College had elected Hadhrat Sahibzada Mirza Masroor Ahmad – a distinguished agriculturalist, an estimable teacher and an outstanding administrator – as Khalifatul Masih V and all members of the Electoral College had already taken the pledge of allegiance at his blessed hands. There was visible and palpable relief all round at this spiritually exhilarating announcement. Tears of joy were shed as preparations were made for a general pledge of allegiance from the members of the Community. Sadness and anxiety gave way to contentment and equanimity. Once again the Promised Messiah’s(as) prophecy about Khilafat had materialised before our eyes with full glory and magnificence. Once again, in accordance with the promise of God Almighty, the Second Manifestation of His Power had exchanged the state of fear into one of peace and security, in the most dignified manner; the Community was united at the hand of one Imam: a fitting testament to the seamless stability that Hadhrat Mirza Tahir Ahmad, Khalifatul Masih IV(ru) had imparted into the Community during his tenure of office.

In Pakistan, he had served the Community in various capacities, most notably, as Nazir A’la (Chief Executive Director) of the Sadr Anjuman Ahmadiyya Pakistan and local Amir where he proved to be an administrator par excellence.

It was while he was serving as Nazir A’la that a fabricated charge of blasphemy was brought against him and three others.  He had the honour of becoming a prisoner in the name of Allah in Pakistan for 10 days, the case against him still open but never brought to trial.. It was at this time that Lord Eric Avebury of the Parliamentary Human Rights Group urged the British government and the Pakistan authorities to set him free and to withdraw the charges against him. Both had never met each other but after Khilafat, a new friendship has emerged amongst them that subsists to this day.

As Khalifatul Masih, he brings to his task a simplistic yet highly disciplined and thorough approach to work. He has the unique quality of getting down to the heart of the matter and dealing with it squarely. He is a great reformist whose sermons incite the members of the Community to climb moral and spiritual heights. At a time of great global scepticism and animosity towards Islam, his lectures are helping to foster greater understanding, tolerance and respect for, and among, all faiths. He ensures that not only Islam but all religions are recognised for their true and peaceful teachings.

Five years on from that eventful day of his election to the exalted office of Khalifatul Masih V he remains the uniting force of the global Ahmadiyya Muslim Community and under whose wise and blessed leadership, the torch of Ahmadiyyat continues to burn and illuminate the whole world. 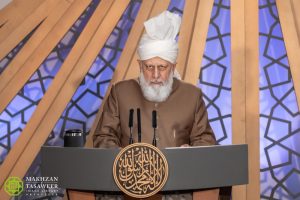 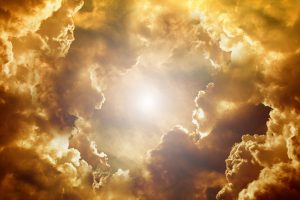