All religions require personal sacrifices. Those made by the early followers of Moses, Jesus, and Muhammad (peace and blessings be on all prophets of God) are well-recorded. The Ahmadiyya Muslim Community is no exception, as it is the movement within Islam, preordained for the revival of Islam in this modern age. It was founded under divine guidance in the small town of Qadian, in the state of Punjab, British India, in 1889. Its founder Hazrat Mirza Ghulam Ahmad(as) was a respected and religious man from a noble family. He claimed to be the Promised Messiah and Mahdi of the latter days, as prophesied by all prophets, including Jesus and Muhammad (peace and blessings of Allah be on them). His followers made many sacrifices for the sake of their faith, which continue to this day. Indeed, two of them were martyred in his lifetime because of their acceptance of Mirza Ghulam Ahmad(as) as the Promised Messiah and Mahdi.

After its establishment, the seat of the Community remained in Qadian. Following the death of Mirza Ghulam Ahmad(as), a very respected and renowned religious scholar, Hazrat Maulana Nooruddin(ra), was elected as his first Caliph. During the six years of his caliphate, the teachings of Ahmadiyyat were propagated from Qadian throughout British India under his guidance. These efforts also required considerable sacrifices.

After the demise of Hazrat Maulana Nooruddin(ra) in 1914, Hazrat Mirza Bashiruddin Mahmud Ahmad(ra), son of Hazrat Mirza Ghulam Ahmad(as), was elected as the second Caliph. He was only twenty-five years old at that time.

He was an exceptionally talented man and an extremely well-read scholar who was gifted with knowledge and farsightedness that many cannot even fathom. He inculcated a spirit of extreme sacrifice for the sake of faith, community and nation in his followers. This spirit enabled the Ahmadiyya Muslim Community to excel against all odds. The community faced numerous challenges on many fronts and each required a different kind of sacrifice from the followers of Mirza Ghulam Ahmad(as).

One of the greatest and most emotional challenges faced during the caliphate of Hazrat Mirza Bashiruddin Mahmud Ahmad(ra) was the partition of British India into India and Pakistan, in 1947. Qadian remained a part of India. Pakistan was deemed to be a home for Muslims and so the majority of them, including the members of the Ahmadiyya Muslim Community, had to migrate to Pakistan from East Punjab. This included the Caliph and his family, in order for him to be able to effectively lead the worldwide Ahmadiyya Community.

The Caliph decided to leave behind a dedicated group of followers to establish a local community and protect the sacred town of Qadian, thereby highlighting its importance. There was also another reason for this, related to the prophecies vouchsafed to Hazrat Mirza Ghulam Ahmad(as) that Qadian would eventually be recognised as the town of a true prophet of Allah.

In his lifetime, the Promised Messiah(as) had also received revelation from God that the community would have to leave Qadian, albeit temporarily. So it was imperative for the Caliph and the community to ensure that they had a physical presence in Qadian. The Caliph himself encouraged the youth of the community to offer themselves for this service. Under the guidance of the Caliph’s younger brother, Mirza Bashir Ahmad(ra), a special office was set up to select appropriate applicants. In some cases, the Caliph himself selected members of this group. It was also his wish that at least one of his sons should serve as a member of this dedicated group. So, he devised a plan that all his adult sons would commit to this duty on a rotational basis. At that time, the visa regime between the newly-created countries of India and Pakistan was fairly liberal, and citizens of each nation could cross the border with relative ease. The older sons of Hazrat Mirza Bashiruddin Mahmud Ahmad(ra) participated in this group on a rotational basis with Mirza Wasim Ahmad’s turn coming in 1948.

While serving in Qadian, Mirza Wasim Ahmad developed an extraordinary love for the place and did not want to leave, even though his parents and relatives were in Pakistan. However, as an obedient follower of the Caliph, he could not make the decision to stay on a permanent basis by himself in Qadian. So, he prayed fervently to God and expressed his deep desire to remain in Qadian for the rest of his life. His prayers were accepted in a very peculiar manner.

Precipitously, the government of India decided that citizens of Pakistan could not come to India on a rotational basis; and that they had to make up their minds about adopting one country, either India or Pakistan, as their homeland.

Mirza Wasim Ahmad was born in Qadian in 1927, and his upbringing included offering selfless sacrifices for his faith, community, and country. After completing high school, his father guided him to acquire religious education, like his elder siblings, so that he could serve Islam better. However, the decision of the British Empire to divide the Union of India into two countries forced this young man to embrace the demands of adult life at an earlier age than one normally does. It also forced him to offer a variety of sacrifices up until his demise in 2007.

Mirza Wasim Ahmad was in his twenties in 1947 and at that age, most young boys have personal ambitions. He faced many challenges. He had to make contacts with government functionaries at different levels in India and portray the positive and true nature of the Ahmadiyya Muslim Community to those functionaries. Many became his personal friends and he always valued these relationship. Indeed his noble conduct enabled the government authorities to understand the teaching of Islam about loyalty to one’s country.

Similarly, due to his extroverted personality, he made lasting friendships with people of different faiths, especially in the province of East Punjab. Normally people of the same faith flock together and do not make good friends with those of other faiths.  However, Mirza Wasim Ahmad possessed a natural ability to create personal friendships with people from various faiths, and thereby was able to demonstrate to them the true and peaceful nature of Islam and the Ahmadiyya Muslim Community. These people came to trust the Ahmadis of Qadian, thus creating an atmosphere of harmony between them and their neighbours.

Life was very hard for those Ahmadis who remained in Qadian at that time. They had to face several challenges which included safety and security issues, financial problems, social problems, healthcare problems, and emotional challenges to name just a few. At that time, the society at large was hostile, and on many occasions members of the Ahmadi Muslim Community faced threats to their lives, as law and order in the province was very poor. In some cases, the Ahmadis of Qadian had to hide in mosques for protection as they were attacked by local militias. At that time, modern sanitary facilities were not common, and toilets were cleaned by specialised cleaning crews. However, even they boycotted the Ahmadiyya Muslim Community and refused to clean their homes due to the provocation by the enemies of the Ahmadiyya Muslim Community. This made the situation for the community in Qadian very challenging.

Similarly, due to the initial distrust by the locals of the Ahmadis, there were virtually no opportunities for economic development in that small town. There was further emotional hardship for them, as most of their relatives had migrated to Pakistan and they were neither able to meet them for years, nor talk to them on phone.

The wisdom of the decision of Hazrat Mirza Bashiruddin Mahmud Ahmad(ra) to leave behind one of his sons is clear. He was asking for sacrifice from his followers, and one of his sons had joined them in that sacrifice. Like them he suffered, and possibly even more because he had to provide them comfort in this trying time.

Mirza Wasim Ahmad had to perform his official responsibilities, and in addition to him being the son of the Head of the Community, served members of the Ahmadi Muslims in Qadian and all over India. He loved and respected them, and he was loved and respected in return. He tried to ease the social challenges faced by his Community members in many ways. He would spend time talking to them and visited their homes on different occasions. Eventually this dedicated group of men started to have their own families, and this created more opportunities for Mirza Wasim Ahmad to intermingle with them.

He arranged picnics, social and sporting events, and other relaxing activities for them in order to afford them some relief in those strenuous times. There were no dependable hospitals or medical facilities in Qadian in those early days. Amritsar was the nearest city where these facilities were available. Mirza Wasim Ahmad developed personal relationships with a number of doctors of various specialties in order to facilitate treatment for local Ahmadis. He would also keep a local supply of urgent care medications to treat the local community in case of emergencies. He comforted them in times of difficulty and shared in their joyous occasions. They considered him an elder even though many of them were older than him in years.

All this required personal sacrifice on the part of Mirza Wasim Ahmad: sacrifices of time, finances, family, and of his own self. It was no easy task to offer such sacrifices almost all his life. During this period, he suffered many personal losses also, including the deaths of his mother and his illustrious father, Hazrat Mirza Bashiruddin Mahmud Ahmad(ra). He could not even attend the funeral prayers of his father, who was also his spiritual leader.

From this brief introduction, one can appreciate the sacrifices offered by this dedicated group of Ahmadis who remained in Qadian at the time of the partition, and especially the sacrifices of Mirza Wasim Ahmad. He was my uncle and I had the opportunity to meet him many times, both in Pakistan and in Qadian. This was after the visa regime between Pakistan and India became more liberal and people were allowed to visit their relatives in the other country. I found him to be a very friendly, loving, and dependable person. When he passed away in 2007, I was fortunate enough to be able to attend his funeral in Qadian. There I met many people in Qadian, both Ahmadis and people of other faiths, who were very fond of him and loved him dearly.

In conclusion, I also need to acknowledge the sacrifices of his wife, Amatul Quddus, who served alongside him and was equally dedicated to the cause of Ahmadiyyat. She continued to serve Ahmadiyyat in Qadian for a decade after his death. She is not well these days and deserves our wishes and prayers for a healthy and long life. Ameen. 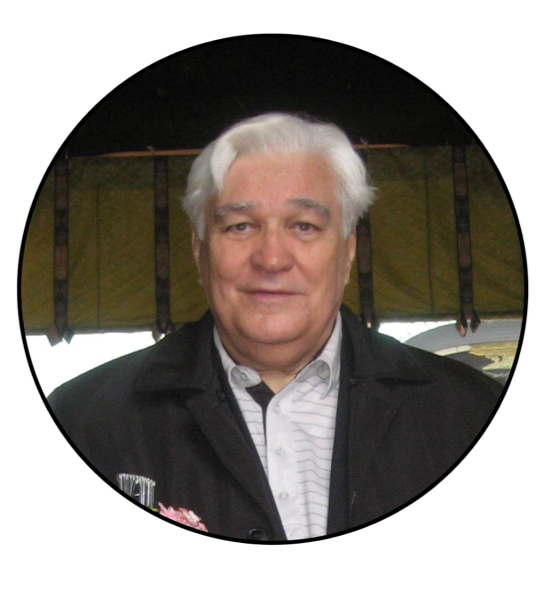 Honesty, Dedication and Righteousness – Role of an Office Bearer
Sympathy and Compassion for Friends
Comment