Manal Odeh is from Kababeer, Haifa and here recounts her first ever visit to Qadian this past December.

In the Name of Allah Most Gracious Ever Merciful

Qadianis Dar-ul-Aman (abode ofspiritualsecurity); it is that part of the broad, vast and sprawling world, which God has honoured with the birth of the Imam of the latter age, the Promised Messiah, Hazrat Mirza Ghulam Ahmadas, Founder of the Ahmadiyya Muslim Community. I had heard of Qadian since studying the history of Ahmadiyyat. I had always dreamt of visiting it but that dream seemed to be elusive for me! My passion for visiting Qadian always intensified by hearing the stories that my husband, Mohammad Shareef Odeh, who has visited Qadian many times, would frequently share with me. I was always imagining its streets, mosques and of course, the famous cemetery ‘Bahishti Maqbara’ (Heavenly Graveyard). I would picture the kind people, whose compassion fused with their firm faith, led them to be the people in whose company you wished to be. As is commonly known, everything has its appointed time, and this is what I actually experienced. By the Grace of God, the time that I had off from work this year, coincided with the Qadian Jalsa, which my husband planned to attend. This further increased my desire to attend, so I fervently prayed to Allah the Almighty to facilitate this travel for me. I also wrote to Khalifatul Masih V, Hazrat Mirza Masroor Ahmadaba, Spiritual Head of the Worldwide Ahmadiyya Muslim Community, seeking his prayers. As I was so determined to travel to Qadian, I completed all the requirements necessary, including visa applications, vaccinations and so on. On the 24th December 2014, alongside another Ahmadi family, I undertook the long journey from Kababeer to Qadian. After three flights in two days, we eventually reached Amritsar airport. The journey to Qadian was more than a three hour drive, which caused some anxiety, as we were travelling at night with poor weather conditions. However, Holy is Allah, once we reached Qadian our worries and tiredness transformed into a feeling of security and comfort. We were accommodated in the beautiful building of Sarai Waseem. After a little rest, my husband took us to visit Al-Aqsa Mosque, Baitul Dua’, Baitul Fikr and Bahishti Maqbara.

Accessing these places was something incredible for me. It was a culmination of a certain spiritual stage, as I would always say to myself that God Willing, I must go to Qadian, to Umrah and Hajj. On that night, we offered our prayers in great supplication. We were praying in every corner whilst remembering the stories of the Promised Messiahas which we had always read and heard. We had visited the Promised Messiah’sas home, and then next his room and the kitchen of Hazrat Amma Jaanra, the mother of the believers, the revered wife of the Promised Messiahas. Tears flowed out of our eyes at the real glory, which I personally felt in Bahishti Maqbara, while I stood in front of the grave of the Promised Messiahas. I said to my husband ‘what glory!’ I stood in awe before his grave, which was large, so white and surrounded by the graves of the righteous, pious members of the Community. We stood there for a long time to satisfy our eyes. This visit lasted until the early hours of Friday, which was the first day of Jalsa Salana. We went back to the house to rest before offering our Tahajjud (optional prayer offered in the latter part of the night) and Fajr (pre-dawn) prayers. In the morning, after having breakfast, we went to the venue of the Jalsa, which was very well organised. I sat in front of a big screen showing the proceedings of the Jalsa. Eventually Arabic translation was also arranged, which enabled the Arabs attending the Jalsa to benefit greatly from the speeches. Jalsa Qadian was unique in all respects, but in particular as we were offering Tahajjud and the five daily prayers in the mosque. Both the extremely cold weather and the love shown to us by people, had a profound impact. On the last day, we were eager to hear the speech of Khalifatul Masih Vaba from London. A year ago I had attended the last session of Qadian Jalsa in London, with such a wish that one day I would be among those crowds in Qadian. This year I fulfilled my desire, Alhamdulillah (all praise be to Allah). In the days that followed the Jalsa, we visited Hoshiarpur and Ludhiana. We saw the place where the Promised Messiahas received the pledge of allegiance (Bai’at) for the first time.From there we moved to visit the Jama’at (Community) in Kerala. We witnessed how those Ahmadis sincerely abide by the motto given to the Ahmadiyya Muslim Community by Hazrat Mirza Nasir Ahmad, Khalifatul Masih IIIrh; Love for All, Hatred for None.

In the name of Allah, the Gracious, the Merciful

By the Grace of Allah, my husband and I were able to participate in the recent Jalsa Salana (Annual Convention) Qadian along with the President of the Ahmadiyya Community, Kababeer, Mohammad Shareef Odeh, and his wife. We were also accompanied by some other members from Kababeer. We arrived in Qadian at night time. Despite the late hour, we were fortunate enough to visit Bahishti Maqbara (Heavenly Graveyard). It was really a piece of paradise and I felt such a unique sense of comfort and peace, as I have never felt before. I had a desire to stay, however our time was limited on this blessed trip. Hence we left quickly, in order to visit as many other sites as possible. We then visited Masjid Aqsa, Masjid Mubarak and the house of the Promised Messiahas, which is adjacent to Masjid Mubarak. We entered all the rooms including Baitul Du’a and the room in which the Promised Messiahas retreated for 9 months. We had a wonderful opportunity to offer Nafl (voluntary prayers) in each of the rooms. We prayed and were thankful for Allah’s blessings. We begged for His Mercy on the Ummah (Muslim Community) of Muhammadsa and prayed that He may illuminate their hearts and bless them with the acceptance of the Imam Mahdias and his message for the world. In the morning we prepared ourselves to participate in the first day of the Jalsa. I was surprised by the large number of women and children who had travelled to participate in this Jalsa from all over the world, especially Pakistan. This was despite the very poor weather conditions; heavy fog, extreme cold and the constant possibility of rain. By the grace of Allah, we were able to listen and benefit from the addresses and speeches that were being translated into Arabic throughout the Jalsa programme. Despite the cold and heavy fog, I was remarkably focused and absorbed during the profound speeches and immersed in the spiritual atmosphere in that special part of the world. I also did not notice any restlessness from the audience which included children.

Amongst the special things that impressed me was hearing the sound of the Azaan (the Muslim call to prayer) from the Minarat-ul-Masih, the wonderful, melodious sound of the recitation of the Imam during Salaat (the obligatory Muslim prayers), and listening to his prayers during Tahajjud (a voluntary night-time prayer). These were indeed heart-warming. By the grace of Allah, I was able to participate daily in these prayers in Masjid Mubarak. Four days after the completion of the Jalsa, we were blessed to visit the house where the Promised Messiahas performed Itikaaf for 40 days in the city of Hoshiarpur in 1886. We then proceeded to Ludhiana, the city in which the first Bai’at (pledge of allegiance) was taken and where forty companions gave allegiance to Hazrat Mirza Ghulam Ahmad, the Promised Messiahas in 1889. By the grace of Allah, we had the opportunity to also pray in each one of these places.

We spent a total of four days in Qadian. These four days were ample to witness the unique hospitality that Qadian extends to its guests, taking into account every visitor’s background and the requirements of their comfort. May Allah Almighty immensely reward those who are in charge of this hospitality. I sincerely urge all who read this article to travel to Qadian, as its treasures are invaluable and well worth the fatigue of any travel.

Qadian, the Partition of British India, and a Story of Sacrifice 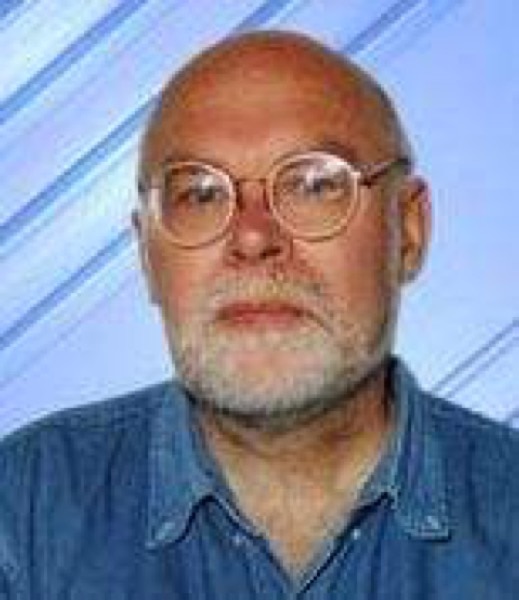