An article first published in The Muslim Herald, October 1970.

Human nature is unique but varied, so varied indeed that humans differ from one another in per­sonality structure, mental and physical equipment, ex­perience, habits, training, tastes and a host of other areas of human behaviour and endeavour. Some are refined, sensitive and intelligent and react sharply to their surroundings and the mental and moral climate in which they are placed. Others are not so sensitive and refined and react slowly even to strong stimuli. Some impress while others are impressionable. Some lead, at different levels of human existence; others are led. There is, in fact, an infinite variety of tastes and interests.

The difference is extreme and the variety unending. And this difference and variety continue with equal meaning-fulness and emphasis in morals and in other fields of spiritual attainment.

Now why has Allah created man against this vast kaleidoscope of rich human variety? The Holy Qur’an points out three main reasons for this amazing phenomenon:

The first reason is contained in the following verse of the Holy Qur’an:

It is not for man to distribute Divine favours. It is the Act of an Absolute King. He created some of us with capacities of an average order, others with qualities, which are higher or lower than the average. The main purpose of this distribution is to enable human societies to run their affairs with facility and ease.

We cannot live except with mutual help, for man is a social animal. He has different functions to perform, functions which make it possible for him to share the burden of others. Men are born different and are exposed to different environmental influences. Without this variety of tastes and interests human life would become impossible and come to a complete standstill.

Imagine a world in which all have the same tastes and interests. Supposing all were to become heads of States. It would make state­craft a pretty interesting study. Or if all became Newtons and Einsteins, who would feed them or clothe them or do their daily chores? If all started taking one kind of staple food, say wheat or rice, the human race would die of starvation. It is clear, therefore, that difference is the spice of life. Difference in nature and nurture eventually makes for the difference in functions. Stu­dents, teachers, workers, artisans, executives, experts, leaders all have their valid and legitimate roles to per­form. All contribute to the total sum of human happiness. All add to the pool of human performance. By helping one another we help our own selves, according to our own standards and tastes. It is because of this that the wheels of social life continue to move.

Verily We have made all that is on earth as an orna­ment for it, that We may try them as to which of them is best in conduct. (Ch.18:V.8)

This verse clearly shows that our apportioned roles with all their dimensions and levels of existence and their contexts and relations altogether constitute a pic­ture, and a pattern and are truly an ornament, a thing of beauty and rhythm and symmetry. The resultant actions and conduct, which can assume infinite variety of shapes, will be virtuous if it promotes the rhythm and purpose of Divine creation, evil if it does not. Therefore, personality differences have much higher functions to perform, higher than the functions of facilitating and making our social life possible.

This difference makes it possible to single out the right from the wrong, the good from the bad. It is because of this that virtue and evil can be distinguished and told apart and the superiority and positive value of virtue established over evil. For if all were born angels, the fact of human choice and responsibility would become redundant. The question of right and wrong, good and bad, virtue and evil would not arise. Man, the best of Allah’s creation, grows and prospers and attains the highest stages of perfection only because he is so made and placed. Angels, or, for that matter, lower animals, have not been blessed with this favour. It is man’s prerogative alone and is a divine gift.

But we must remember that the gift is a favour, not a right. We must prove our bona fides as humans and as conscious adults, conscious of our duties and our stations in life. All of us are on trial as sons, daughters, husbands, wives, fathers, mothers, leaders, followers, and in a host of other capacities. It does not matter what we are. What matters is how we behave and shape our conduct. Every individual, there­fore, is an ornament to this earth. Therefore, it is his conduct, not his station, which is judged.

The third reason for the individual differences is that Allah wants to manifest His power and might and the glory of His control over all, and to show that they are a gift, not a right. Man has no claim over this gift whatsoever. It is Allah’s mercy and grace, which shines through these favours.

He says in the Holy Qur’an:

There is infinite variety of animate beings begin­ning with unicellular organisms like (the amoeba and ending with man, the most complex and best of His creation). Life continues to be a miracle all the time.

The diversity of forms life assumes, is amazing. Even in the same species no two individuals are exactly alike. Just think of man. There have been thousands of billions of men throughout recorded history. In spite of their similarity, they are yet dissimilar. In form or feature, voice or gait, habit or behaviour, they somehow differ from one another. To the discerning eye, it is this infinity of form, this variety of shape and function, this unending procession of individual  differences,  which effectively proves the Power and Glory of Allah, the Creator of us all.

Prophets • The Origins of the Universe 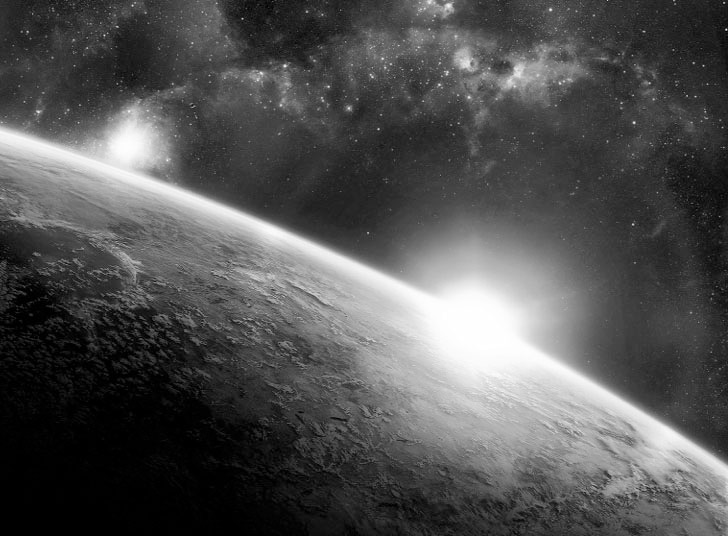 The Origins of the Universe

Existence of God
Essence of Islam – Part 22 – Arabic, the Mother of Tongues
Comment