Fazal Ahmad serves as the Global Operations Director with Humanity First, and is responsible for poverty alleviation projects in 54 countries, mainly in Africa, South Asia and Central America. He is also editor of the ‘World Religion’ section of Review of Religions.

The recent COVID-19 pandemic has exposed an underbelly of poverty much closer than we had realised. It has been shocking how quickly societies fell apart. I serve as a volunteer with a charity (Humanity First) across the world and have seen first-hand how rural communities in Africa and Asia struggle to survive, and yet the irony is that those who have the least, often give the most.

In cities across the world, from New York to London, Madrid to Mumbai, Paris to Dubai, it was evident that many people rely on daily wages for a subsistence lifestyle, and as soon as there was any kind of economic impact, they were plunged into poverty without any security blanket to survive a short-term loss of income. The United Nations recently did a report recently suggesting that a further 580 million people may be dragged into poverty.[1]

Poverty also takes other forms. There are segments of society unable to access healthcare and where their life expectancy is significantly lower than their peers in the same community. The mortality rates from Coronavirus will mask the many people who will die early through lack of treatment for conditions such as diabetes and cancer. And there are millions who will die due to a lack of safe drinking water or access to mosquito nets. These issues are so easy to fix if we were to prioritise them.

With the recent closure of schools across the world, those with means were able to switch to online education resources, but there were many children, even in Europe and North America, who lacked access to computers or the internet, and who ultimately missed out and will struggle to catch up, especially as they approach major examinations. This will ultimately reduce their chances to escape from poverty in the longer term. And the situation is far worse in countries where distance learning is not even an option.

Even the most powerful economies have witnessed the impact on the homeless, the disabled, the elderly, orphans and those with mental health issues. When societies struggle, the weakest are often left behind, yet surely the sign of an advanced society is how they treat those that are considered the weakest. It has been heartening that many individuals have come forward to serve their neighbours and take a less selfish attitude, and the many ad-hoc food banks and food pantries supported by the general public provides some hope.

I have visited villages in countries such as Burkina Faso and Sierra Leone. Families who could barely feed their own children would ensure that their ‘guests’ were well looked after. In central Gambia near the town of Mansa Konko, I saw widows struggling to farm to feed their children, yet at harvest time, the whole village would help them harvest their rice and share in the effort. So, whilst on the one hand, they were facing food insecurity and poverty themselves, on the other hand, emotionally they displayed a higher set of values that we can all learn from.

Society has a responsibility to ensure that nobody falls through the gaps in terms of access to food, education and healthcare. Whilst the pandemic has increased the impact of poverty, it has also highlighted what could be possible if we take a more responsible attitude to balance the needs of everyone including the weakest in society as taught by religion. We can use the events of 2020 to ensure that we do a reset, challenge what we prioritise and if we are conscious of those around us, we could make a real push to achieve the UN Sustainable Development Goals (SDGs) to make a real impact on extreme poverty. It does not take extra resources, as there are enough food and water for everyone on the planet, but a change in attitude and recognising the rights of the weakest is how we can defeat poverty. 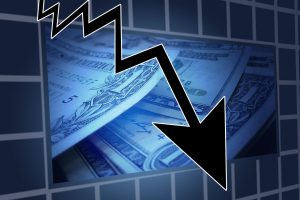 Special Interview with Ahmad Salam, Founding Director of Islamic Bank of Britain: Capitalism, Global Crisis, and the Moral Reckoning: Are we Ready to Take the Pain? 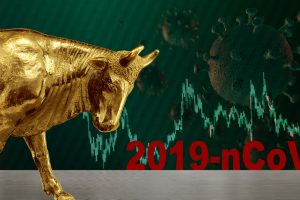