Whether we agree or not, the reality is that we all inherit religious values. I was born a Sunni Muslim and lived half of my life practising it. However, the doctrine that Ahmadi Muslims were kafir [infidels] and wajibul qatl [deserving of death] – a view commonly held by sects of Sunni Islam – always raised questions and haunted me. How can we kill someone because of their religion? Are we not human beings? Does my religion allow me to kill someone? These questions always lingered in my mind and never appealed to me; rather, I always felt bad when any of my Sunni family members mentioned this.

Recalling my childhood memories, my Sunni father (influenced by the Barelvi school of thought [1]) would argue long hours with my uncle (an ardent Ahmadi convert) and have heated conversations. I would see my uncle holding the Qur’an in his hands and giving references from it, and on the other side, my father giving references from Barelvi books. This made me think, why would a scholar’s book have precedence over the Holy Qur’an, which is the word of God?

I lost my mother on 25th July 1996 due to cardiac arrest. I was in college at that time. 41 days later, she appeared in my dream: clad in a sparkly white dress, sitting on a high chair and smiling, fully content. She whispered in my ear, ‘Become an Ahmadi, as that’s the true Islam.’ I suddenly woke up, and the Fajr [dawn prayer] call to prayer was being made. Drenched in sweat and my heart pounding, I felt someone had shaken me. I couldn’t believe what my mother had said.

While she was alive, my mother never believed in, or practised killing Ahmadis, but she always said to her sister, who was an Ahmadi convert, ‘We will never become Ahmadis.’ But the dream was the total opposite!

After this dream, I started inquiring and investigating about Ahmadiyyat with an open mind from my uncle and late aunt. My uncle explained to me all the verses about the ascent and death of Jesus (as), the difference between the word khatam [seal] and khatim [final] [2], that Hazrat Mirza Ghulam Ahmad (as), the Promised Messiah, was a prophet and the second coming of Jesus (as), and the continuation of caliphate (Khilafat) after prophethood.

It took me four years to completely understand and embrace this change. As I said earlier, changing one’s religion is the most difficult thing in one’s life. Every concept was very rational and logical and on top of all of this, my heart felt a strong bond with Allah Almighty through this transition. One thing I practised throughout this journey was to pray to Allah to show me the right path.

I have lost both my parents, but I have a spiritual father, my beloved Khalifah who guides me, responds to my letters, advises me and most importantly, prays for me, my family and humanity.

I am blessed to be an Ahmadi Muslim. All praise belongs to Allah.

About the Author: Ambreen Manzoor of Canada is an active member of the Ahmadiyya Muslim Community, who currently serves as the Regional New Converts Secretary and Outreach Secretary for the women’s auxiliary of Mississauga. She is also an Urdu proofreader for the An-Nisaa magazine in Canada, an Urdu and Punjabi interpreter for MCIS Language Solutions and an Educational Assistant for special needs children in a school in Mississauga.

1. A branch of Sunni Islam founded in 1904 which has followers mainly in India and Pakistan. Barelvis base their core teachings on the Holy Qur’an and Ahadith, but also have other doctrines such as the Holy Prophet (sa) being both human and light, and having knowledge of the unseen.

2. These are terms commonly used to describe the finality of prophethood within Islam. Ahmadi Muslims believe that the difference in meaning signifies the Holy Prophet (sa) was the seal and best of prophets, whilst others assert that the only meaning is no prophet can come after the Prophet Muhammad (sa). 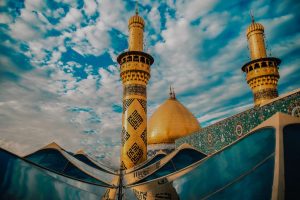 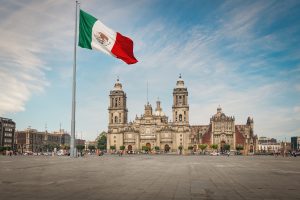 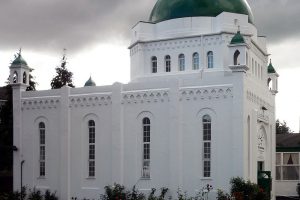 Untold Stories – A Timeless Moment with the Caliph