She was in her mid-seventies, her face heavily made up as we stood in line for a product promotion in a department store. We both bemoaned how long it was taking, when in the lull of our conversation, she motioned my burqa (veil) and asked, ‘So, how long is this going to last? You’re in America now. You’re liberated.’ I laughed and proceeded to discuss the veil and its purpose within Islam. By the end, we had exchanged phone numbers and as I left the store, I hoped I had satisfied her curiosity concerning Islam’s treatment of women. I wasn’t surprised by her question as I’ve been asked it countless times. While most non-Muslims question whether Islam assigns women their equal rights, feminists around the world work to advance women’s equality. Yet, the fact is that Islam very systematically puts safeguards into place to ensure the very equality, which most feminists aspire to.

For the purpose of this article, let’s first define feminism. Nadia Abushanab Higgins, author of Feminism writes, ‘Feminism is ‘the theory of political, economic, and social equality of the sexes,’ as well as ‘organized activity on behalf of women’s rights and interests.’ In other words, feminism is both a set of ideas and actions. It’s an individual pursuit and it’s a mass movement.’ [1] Thus, as defined above, feminism is an advancement of equality between men and women through various mechanisms. For brevity’s sake, I won’t discuss the merits of each and every feminist subculture, whether or not the movement is politicized, or whether every feminist argument advances the cause of women. When we look at the very root of the definition, feminism advocates for equality, and in my opinion, a fundamental tenet for equality is that women are treated with respect and are safe from exploitation and harassment.

And who can blame women for demanding respect – for is this not a desire shared by anyone who has ever lived? When rights are denied, people rebel. In Flowers for Veiled Women, Hazrat Mirza Bashiruddin Mahmud Ahmad (ra), the Second Caliph and Worldwide Head of the Ahmadiyya Muslim Community wrote, ‘It is highly regrettable that for so long women have been deprived of their natural rights. This is true not only in India, but also in Europe and America. Therefore, every so often women rise up against men over this state. For it is human nature, which most certainly forces them to rise and compels them to rebel after suffering such prolonged suppression and torture.’ [2]

When I first read this quote, it was in the midst of the #MeToo movement, which was rocking the world. Sexual harassment claims from women in almost every sector were being uncovered. Powerful men were falling like dominos and long hidden abuses were spilling out of the cupboards. The Second Caliph’s (ra) almost prophetic words were manifesting right before my very eyes. When a faction in society rises in rebellion, it is a testament to a societal system which is not working. Feminists have fought hard around the world to establish equality, so what had gone so terribly wrong?

In 2018, the Fifth Caliph and current Worldwide Head of the Ahmadiyya Muslim Community, His Holiness, Hazrat Mirza Masroor Ahmad (aba) gave the answer. In an address to female youth, he stated, ‘Men have sought opportunities to take advantage of women and to mentally or physically abuse them, and in some cases, it escalated to what can only be termed as torture…The question is why were women abused across the world? The answer, whether they like it or not, is the free-mixing that took place which meant that the women were unable to safeguard themselves.’ [3] Segregation of the sexes is one main provision Islam establishes in the societal framework to establish boundaries while allowing each person to focus on the work at hand.

I attended a co-ed high school and upon entering a women’s college, I can testify to this. Nobody was worried about what they looked like, or what that boy was doing, or trying to compete with men in the same space. When we were in class, we were focused on learning and that was it. In the aftermath of the #MeToo movement, many women looked to the segregation of spaces as the answer, which Islam had spelled out fourteen hundred years ago. Female only working spaces, such as The Wing or University Women’s Club, women’s only areas within public events, and other female only events emerged all over the world. In a Slate article on the rise of women’s only working spaces, Leigh Stringer wrote, ‘Workplaces, policies, and norms today are clearly not fully supporting the needs of women. Because of this, women are seeking out communities to work and socialize that fill a void. Women owned co-working and social spaces may just be the ‘accelerators’ needed to help women reach gender equality’. [4]

Amidst the Coronavirus epidemic, one might wonder whether harassment is yesterday’s problem. With so many working from home, the physical intermingling of the sexes at the workplace or school is not a factor. Unfortunately, this isn’t the case. UN Women published a report wherein they stated, ‘Millions of women and girls are using videoconferences frequently, sometimes daily, to work and study. According to diverse media outlets, social media posts and women’s rights experts, different forms of online violence are on the rise including stalking, bullying, sexual harassment, and sex trolling.’ [5]

This is where Islam’s instruction on purdah (the veil) works in tandem with the segregation of sexes to ensure women a safe and respectful environment. The Qur’an first instructs men, ‘Say to the believing men that they restrain their eyes and guard their private parts. That is purer for them.’ [6] Women are then instructed to do the same and in addition, to cover their hair and refrain from disclosing their natural or artificial beauty. The distinction here is that within Islam, purdah is not solely a physical act, but rather a mental and behavioral one as well.

Hazrat Mirza Masroor Ahmad (aba) stated in a Friday sermon, ‘The beautiful teaching of the Holy Qur’an does not just forbid women from looking [at the other gender] or avoiding eye contact, rather it commands both men and women to lower their gaze. A lowered gaze precludes open mixing [of men and women] and watching lewd films. The commandment also says not to socialize with people who pursue such interests in the name of freedom, who relate their stories and try to incite others to their ways.’ [7] Whether it is virtual or physical co-mingling, purdah is the second barrier of entry into base desires, and consequently, prevents the exploitation and harassment of women.

The sad fact is that although Islam presents the blueprints for women’s equality by establishing commandments, the system of male patriarchy does not support it. While Muslim countries claim they follow the Islamic Shariah (law), they in fact do not, if one merely looked at their history regarding women’s rights. When Saudi Arabia doesn’t allow women to drive, or when a woman is raped in Pakistan before her two sons, these actions are not representative of a society following Islam’s commandments. And women will rebel, as they do.

In 1945, Hazrat Mirza Bashiruddin Mahmud Ahmad (ra) wrote in an article for Misbah, a magazine for the Community’s women’s auxiliary, ‘When a woman is treated with such injustice, one of two possibilities will certainly follow. Either she will become as if a hollow shell, from whom the man will be unable to derive any comfort, or else her inner self will rebel and allege that her religion does not grant her the rights she deserves and [that it] is not worthy to be adopted by her. How is it possible for God to have placed a heart inside my chest, created emotions and feelings inside of me, instilled in me the capacity for intelligence and discernment, and placed the strength of wisdom inside me, yet He has still given man the option to treat me in any way he desired whether good or bad?’ [8]

The truth of the matter is that God has not given men the right to treat women as objects; to be considered less than men. Instead, He has granted us a religion, which values women and created a societal framework, which would ensure women’s equality, a goal, which feminists all over the world have fought for. And wherever those small pockets or spaces exist, where both men and women observe God’s commandments and act with righteousness, magic is borne. We are suddenly shaken into realization as we look at each other in amazement, wondering at our own failure, for this is how it should have been all along.

About the Author: Nila Ahmad lives in the southern United States with her family. Having graduated with an art degree, she has participated in the illustration of children’s books, as well as serving on the US Al Hilal team. Her particular interest is in dispelling misconceptions around women’s status in Islam. 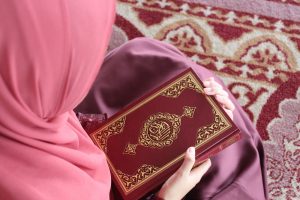 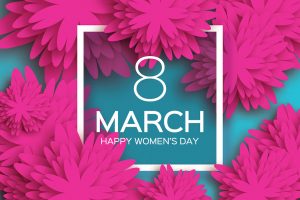 My Hijab is Who I Am
Reaching for the Stars: An Interview with Astronomer Munazza Alam
Comment