For the proper observance of this commandment, by which all Muslims of a specified area are required to assemble in the Mosque, it was necessary that they should be informed of the time of prayer by some means or other. The followers of different religions have adopted various modes of call. The Christians ring bells and the Jewish people blow horns made from sea shells at the time of their prayers, which may be considered good means of inform­ing people of the time of prayer, but it is only a meaningless noise without any reality behind it. When Islam made it obligatory on Muslims to say their prayers in congregation, the question naturally arose, how should they be made to assemble in the Mosque at the time of prayer. Some suggested the blow­ing of conchs or shell-fish, while others proposed that in accord­ance with the Arabs’ custom, fire should be lighted on a high place. None of these proposals appealed to the Holy Prophet Muhammad(saw) as a proper means of calling men to prayer, but as a last resort he decided in favour of blowing a conch.

Next morning one of the Companions of the Holy Prophet(saw) re­lated to him a dream in which some one had taught him the way of calling people to prayer. It was:

I bear witness there is none worthy of worship except Allah.

I bear witness there is none worthy of worship except Allah.

I bear witness that Muhammad is the Prophet of Allah.

I bear witness that Muhammad is the Prophet of Allah.

When the Holy Prophet(saw) heard this dream, he said that it was a true vision, and ordered that before every prayer a man should repeat these words with a loud voice standing on a high place so that Muslims should know that the hour for prayer had come.

Though the words of the Adhan were not directly revealed to the Holy Prophet(saw), yet as it was taught in a vision it should be looked upon as a result of divine commandments, and its beauty and excellence are to be attributed to that Supreme Being who is the source of all excellences.

In addition to the manifold superiorities which Islam possesses over other religions, as all its teachings are founded on reason and are pregnant with deep meaning, it claims, with justice and propriety, another excellence in its mode of the call to Prayer over them all. Whereas the means by which other religions call their followers to prayer are entirely bereft of any reality or meaning behind them, the Islamic mode of call to prayer is the essence and kernel of the whole teachings of Islam by means of which it is proclaimed to the world five times a day.

The words of the Adhan embody seven basic principles of Islam which are the pith and summary of all its teachings:

1. The first principle is presented before the world in the ‘Allahu Akbar” which means God is Most Great. The exaltation and glorification of God constitute an integral part of Islamic teachings. No sane person would ever seek after a thing unless he is satisfied that it is worth his attention and seeking after. With­out this satisfaction he could never conceive of trying to get that thing. So one aspect of the Islamic teachings is that it establishes and inculcates the glorification and exaltation of God.

2. The second stage is that of unity, when all distinctions of superiority or inferiority vanish and man becomes so much engrossed in divine love and establishes such a real and deep connection with his Creator that in everything he sees Him manifested. The expression “Allahu-Akbar” (God is the Greatest) is followed by the phrase “Ash-hadu al-la-ilaha il-lallah” (there is none worthy of worship except Allah), which signifies that there is none else beside Allah who is even worthy of our attention and fit to be made the object of our search. He is above all com­parison. Every beauty and virtue emanates from Him and returns to Him. He is the source of all excellences and the fountainhead of all grace.

3. Besides these two principles, which prove beyond all doubt the truth that God is the perfect and the only source and origin of all virtues, the Islamic Adhan turns our attention to the fact that God is not only perfect in Himself, but He wishes to make man perfect as well. To accomplish this end He has been sending from among mankind His messengers to invite them to real communion with Him, and the Holy Prophet Muhammad(saw) was the last messenger of God to invite humanity to the love of their Creator. The expression, “Ash-hadu anna Muhammadar Rasulullah” (I bear witness that Muhammad is the Prophet of Allah) proclaims the truth that God, notwithstanding His being incon­ceivably higher than man, has not forsaken him to his low state, but He wishes to ennoble him and perfect him through His messengers, and this gives the incontestable proof of His love for His creatures.

4. The fourth question that naturally arises is; what are the means by which man is morally and spiritually perfected? The answer to this question has been given in the fourth sentence, and what a sublime and true answer is this, i.e., “Hayya ‘alas-salah!” O man, come to worship, prayer, work, and activity. The only way to fulfil the object of the coming of God’s messen­gers, and the means of seeing Him and to commune with Him is that man should try by right methods, and should purify him­self by constant struggle against temptations and evil propensities. No other way, no superstitious belief, no relation with anybody, and no atonement for his sins can in any way contribute to his inner and spiritual purification. There is one way and only one way is open, and that is the way of self-sacrifice and self-annihilation and the treading on the right paths.

5. So long as man does not move with utmost circumspection and vigilance in the right path he cannot attain to his object. The Prophets are not intermediaries between man and his Creator. Their mission is only to lead man on the right path and encourage him and raise his drooping spirits in his spiritual journey by their personal examples; otherwise every man shall have to carry his own cross and bear his own responsibility. Along with this exhortation for constant struggle the spiritual wayfarer is taught that he should supplicate with utmost humility to God and implore for His mercy and Grace so that His love may be excited and He may be his Guardian and Pro­tector at every stage of his journey, and may remove unfore­seen impediments in the way of his advancement and progress. The fifth principle of the deepest import is contained in the words, “Hayya alal-falah” (come to success). It purports that all the divine commandments and precepts are designed for the benefit of man only, and God in no way profits by them. Neither are they meant to put man into trouble; they are not a burden for man; nor is their object to test the love of man for his Creator; but they serve as spiritual cure without applying which the soul of man cannot enjoy immunity from spiritual maladies. They are not purposeless and the means which their assiduous application produces accrues to him only who uses them, and the deeds and actions of man can never fail to bring about results.

6. After this expression the first sentence, “Allahu-Akbar” (God is Most Great) is repeated, not for the sake of repetition, but to explain what sort of success is going to befall him and to show that the belief in the exaltation and supreme eminence of God, which is at first the result of reason, takes the form of personal observation and experience when Islamic teachings are acted upon, and the real success of man, according to Islam, lies in the fact that he believes in the incomparable sublimity and unapproachable excellence of Islamic teachings on the basis of his personal observation and experience and connection with Him after he had believed in it only on the grounds of reason.

7. The last stage in the spiritual progress of man is explained in the second sentence of Adhan, which is put at the end of it again, i.e., “La-ilaha il-lallah” (there is none worthy of worship except Allah)

After all his spiritual journeys and experiences he comes to the conclusion and the reality is disclosed to him that beside God everything else is perishable and unreal, and that He is eternal and everlasting and the real object of his search.

At first he believed in this truth compelled by the force of reason, but now, after losing his self in his Creator, and after reaching the highest stages of spiritual perfection, he sees with divine light bestowed upon him that except his Creator all things are in their nature destructible, and they depend for their exist­ence on the grace of God. All the chains of cause and effect are unmasked before him and, emerging from the dark plain of materialism. He stands upon a bright pedestal of union with his Creator where the most obscure laws of nature become to him as a book wide open. At this stage he loves God solely for His beauty, excellence, perfection, and His oneness, which is beyond any interference, and is jealous of allowing anything to abrogate independent existence to itself.

These are the seven principles which are the essence of the teachings of Islam, and which the Muezzins (those who call for prayer) all over the world proclaim with loud voice five times a day. Could there be any better, shorter, or more effective way of promulgating the teachings of a religion? The Adhan of a Muezzins is a call to prayer and a sermon at the same time. He does not do anything useless and purposeless. He is taught that his every deed and movement should impart a deep meaning. 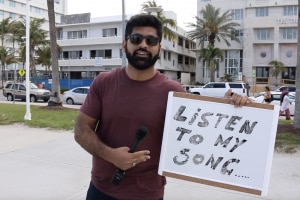 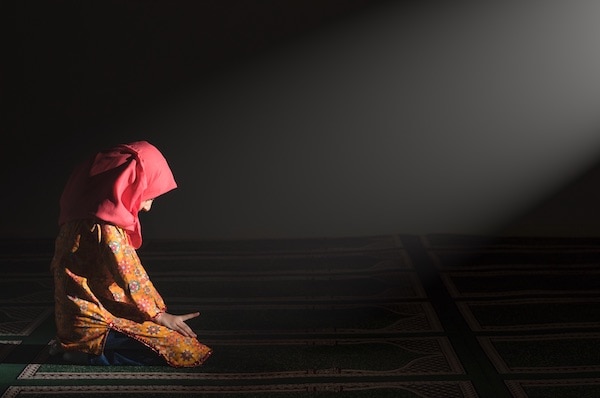