Islam teaches that to love one’s homeland is part of faith. In light of this, Muslims all around the world serve their countries in many different ways. November 11th marks Remembrance Day, and as we commemorate those who fought in the Second World War in order to protect and preserve our freedoms, we also remember the many Muslims who participated in the war. For Muslims, not only is defending one’s country an act of patriotism, but it also serves as an act of faith. One of the many Ahmadi Muslims who participated in the Second World War was Mohammad Abdul Haq Ahmadi. His grandson presents a brief introduction of this Muslim veteran from the Second World War.

My paternal grandfather Mr Mohammad Abdul Haq Ahmadi was from the village of Goleykee in Gujrat (currently part of Punjab, Pakistan). His father and uncles joined the Ahmadiyya Muslim Jama’at and pledged their allegiance at the hands of the Promised Messiah and founder of the Ahmadiyya Muslim Community, Hazrat Mirza Ghulam Ahmad (as).

My grandfather worked as a Meteorologist for the Royal Air Force of the British Armed Forces and thus moved to Peshawar early in his life, where my father Mahmud Ahmad (deceased) was born in 1928.

From 1922 to 1940, the Royal Air Force (RAF) Peshawar Station provided close support to army units which included the Nowshera Brigade and other field regiments in the North-West Frontier. The station meteorological section provided forecasting services for the operations staff.

As a meteorologist, my grandfather travelled with RAF towards the Burma front to support the RAF missions against the Imperial Japanese Army Air Service. Weather and the knowledge of its effects on both fighter and bomber operations formed an important aspect of the success of the RAF operations throughout the war. Pilots and operations‐room staff needed to know how to cope with poor weather and, perhaps particularly, fog which proved a particularly hazardous weather type for returning bomber crews. I recall my grandfather telling us a story of his accurate weather forecast leading to a remarkably successful RAF mission. He had an officer’s sword displayed in his house that he received as an award for his service in RAF on that front during WWII.

My grandfather died in 1986 in Peshawar at the ripe age of 96 years. Currently, his daughter-in-law and his five grandchildren (including myself) and ten great-grandchildren live in Canada.

I remember my grandfather being an active and devoted Ahmadi Muslim until his demise. He lived in Mardan (65 kilometres northeast of Peshawar) after retirement. He was even jailed in his old age for being an Ahmadi Muslim during the 1985 pogroms against the Ahmadi Muslims in Pakistan. May Allah bless his soul and grant him His love and mercy in the afterlife (Ameen).

About the Author: Waseem Ahmad has served the Ahmadiyya Muslim Community USA in various local, regional and national capacities, including in the National Administrative Body of Majlis Ansarullah [auxiliary organization for men over the age of forty] as well as a member of the National Finance Team USA. He has recently moved to Canada with his wife and son and works as an IT Project Manager 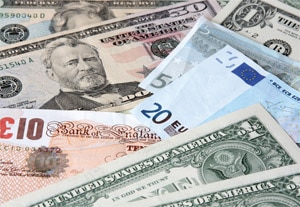 Justice • The Americas • Wars and Battles

If You’re Looking for the Cure, Don’t Stop at the Vaccine, Go Straight to the Source
Covid, Race & Islamophobia – Are World Leaders Solving, or Creating More Problems?
Comment