With lockdowns being reinstated and new record highs of daily infections being recorded by the day, the devastation of the global Coronavirus pandemic seems to increase with every fleeting moment.

In the midst of it all, some good news; according to reports, the pharmaceutical company Pfizer announced that according to early data, the vaccine they are developing has shown to be 90% effective. Oxford is also developing a vaccine which is considered the frontrunner for combating Covid in the UK. Other companies, such as Codagenix in New York, Symvivo in Canada and Erciyes University in Turkey have all entered the first stages of testing their vaccines. [1]

Many have long considered that the only way out of this pandemic and all the havoc it has wreaked is through the development of a vaccine. For months, much of the world has been heavily depending on scientists to pull through in record time and come up with an inoculation to help rid the world of the dread that is the Coronavirus. In light of recent strides, a professor of medicine and infectious diseases at Georgetown University says:

‘It’s a testament to hard work and science that we’re getting results that are so good and so fast.’

Indeed the swift work of scientists is a service to all of humanity and must be appreciated with the highest regard. But one wonders, especially in light of the speed with which these strides have been made and the association of global implications, whether it is simply due to science, or whether there is a greater force behind it all?

We take remedies in various forms; allopathic, homeopathic, herbal, and all sorts of other treatments. With the development and progress of science and the field of medicine in the modern age, virtually every illness has some sort of cure or method of treatment to some degree. Once, the Holy Prophet of Islam, Muhammad (sa) stated, and in a way prophesied:

‘There is no disease that Allah has created, except that He also has created its treatment.’ [2]

These words in fact, reflect the true essence of a cure or treatment of any form. These words also provide further explanation as to the reasons and guiding force behind finding a cure to anything, including the speedy development of a Coronavirus vaccine.

The essence is that every cure and treatment originates from God. After all, one of His attributes is ash-Shafi, the Healer. The Holy Qur’an records an instance of the Prophet Abraham (as), who was glorifying, praising and thanking his Lord when he said:

According to Islam, though there are physical means of treatments and cures, their procurement, development, and effectiveness all stem from God’s attribute of being the Healer. In essence, the true healing powers of any remedy are not a result of the remedy itself; rather the remedy serves as a manifestation of God’s attribute of being the Healer.

A perfect illustration of this, is an incident of the Second Caliph (ra), narrated by the Fifth Caliph and current Worldwide Head of the Ahmadiyya Muslims Community, His Holiness, Hazrat Mirza Masroor Ahmad (aba). He says:

‘One time the Second Caliph (ra) was treating himself [for an illness]. First he took traditional medicine from herbalists, then he took allopathic medicine, and soon after he took homeopathic medicine. A friend was sitting close by, who casually asked, ‘Huzoor [your Holiness], you have taken all three medications, what is the benefit in that?’ He replied, ‘These medicines are simply treatment, they are not God; who knows what will be the cause of restoring my health, therefore I have taken all three.‘ [4]

Thus, for the sake of one’s health, every effort, precaution and available remedy should be used; however the remedy itself should not be considered the sole source of cure. Instead, it must be understood that it is through God’s attribute of being the Healer that the remedy is discovered, and it is by the same attribute that it can be successful in rendering benefit. After all, even proven remedies can fail to heal. Thus, it is to trust the One by Whose immense grace there is healing in a remedy, rather than trusting in the remedy itself.

This incident clearly illustrates the fact that the Promised Messiah (as) was not opposed to utilizing the best possible healthcare and remedies available; instead he was opposed to the notion that the essence of healing is found in such remedies and those administering them. His trust was placed entirely in God, and the fact that it was through God and His attribute of being the Healer that a remedy could prove effective.

This concept is beautifully explained by His Holiness, Hazrat Mirza Masroor Ahmad (aba) who states:

‘There are illnesses which, at one point, seemed untreatable; yet now their treatment is seen as being very simple. Such progress should not lead one to think that – God forbid – humankind holds an equal share in the Sovereignty and attributes of Allah Almighty. In fact, it is the favor of God that he has granted humans such intellect as to discover new treatments, after which God bestows His blessings and cures people through these treatments. Allah Almighty alone is the Healer. As the Holy Prophet (sa) has said, humans are compassionate. Thus, every researcher who searches for cures to illnesses; every doctor and healer should be compassionate to other humans beings and their patients, and they should strive for the betterment of humanity.’ [6]

In this case, with the cure to this pandemic being dependent upon the grace, mercy and healing of God Almighty, then if it had not already resonated, one may now realize the gravity of the following exhortation made by His Holiness (aba) near the outset of this pandemic,

‘We should particularly prostrate before Allah the Almighty these days and seek His mercy and grace.’ [7]

So let us pray that God grants those scientists working on the cure, the ability to be swift and develop an effective vaccine, and that they do so to benefit all of humanity. Let us pray that this vaccine plays a pivotal role in curbing this disastrous pandemic. Let us pray in the words of the Holy Prophet (sa):

‘O Lord of people! Grant relief from this illness, for You are the healer. There is no healing except that which comes from you. So grant complete healing without leaving a trace of illness.’ [8]

Sarmad Naveed is an Imam of the Ahmadiyya Muslim Community who graduated from the Ahmadiyya Institute for Languages and Theology in Canada. He serves on the Editorial Board of The Review of Religions and coordinates the newly launched Facts from Fiction section. He has also appeared as a panelist and host of programmes on Muslim Television Ahmadiyya (MTA) such as ‘Ahmadiyyat: Roots to Branches.’ 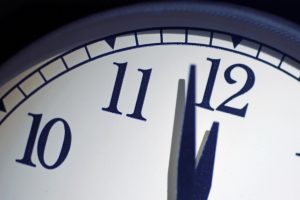 Can One Receive the Covid-19 Vaccine While Fasting? – Guidance from the Caliph