The Promised Messiah (as) wrote over 80 books in Arabic, Urdu, and Persian. Excerpts of his collected works have been translated into English and organised by topic. The Review of Religions is pleased to present these excerpts as part of a monthly feature. Before discussing the change in moral qualities, the Promised Messiah (as) describes the moral virtues of courage, patience and truthfulness.

Extracts from The Essence of Islam, Vol. III, 28-35. This is the fourth part of a multi-part series.

Of all the natural states of man is one that resembles courage. For example, a suckling sometimes tries to put its hand into the fire because of this natural faculty. Before being exposed to various frightening experiences, a human being does not fear anything due to his natural fearlessness. In this condition, he fearlessly fights tigers and wild beasts, and sets out alone to challenge a multitude of men, and people consider him to be very brave. But this is only a natural state, which is also found in wild beasts and even in dogs. True courage, which is one of the high morals, is contingent on place and occasion. These places and occasions are mentioned in the Holy Word of God Almighty as follows:

These verses mean that: ‘The brave are those who do not run away from battle or adversity’;

‘Their steadfastness in battle and hardship is to win the pleasure of God. They do not intend to display their bravery but to please Him’;

‘They are threatened that people have mustered against them and that they should be afraid of them. Threats only reinforce their faith and they declare: God is Sufficient for us. That is, their courage is not like that of dogs and wild beasts, which is based only on natural passions and is one-sided. Their courage has two dimensions. Sometimes they fight their selfish desires and conquer them with their personal courage; and at times, when they see that the appropriate thing would be to confront and fight the enemy, they do so not only due to their natural passion, but also to help the truth. They display bravery by putting their trust in God rather than their own selves.’

‘Their courage is free from ostentation and vanity, nor is it for self-aggrandisement, rather God’s pleasure is their supreme object.’

These verses illustrate that the source of true courage is patience and steadfastness. Courage means to remain steadfast and not to run away like cowards when assailed by a selfish motive or some other affliction. Therefore, there is a great difference between the courage of a man and that of a predator. A predator’s fierceness and fury is only one-sided when it is roused, but a person who possesses true courage, chooses between confrontation or non-resistance, whichever may be more appropriate.

Sabr [patience] is one of the natural human states. One has to exercise it in the face of calamities, ailments and hardships which constantly befall him. Man comes to practise patience in the end, albeit after a great deal of moaning and crying. But it should be clearly understood, that, according to the Holy Book of God, such steadfastness is not part of morals, instead it is a state that follows exhaustion as a matter of course. After all, it is quite natural for man to cry and bewail in the face of a calamity, but, in the end, after venting his feelings, he recovers and after the climax he begins to relax. Both these states are natural and have nothing to do with morals. On the contrary, the moral part of it would be that after losing something, considering it to be a trust from God Almighty, one should not complain about it. Rather, one should affirm that God has taken back what belonged to Him in the first place, and should accept the will of God. Regarding this particular moral quality, God Almighty’s Holy Word, the Glorious Qur’an, says:

This means that: ‘O believers! We shall keep trying you. Thus, at times you will be overtaken by fear; sometimes you will be visited by adversity and starvation or you will suffer financially; sometimes your lives will be endangered, sometimes your toil will be fruitless and your efforts will not yield the desired results; and sometimes your dear children will die. Therefore, convey glad tidings to those, who, when they are visited by a calamity, affirm: We belong to God and we are His trust and vassals. The truth is that trust should return to its owner. These are the people who are the recipients of divine grace and these are the people who have found their way to God.’

In short, the name of this moral quality is steadfastness or, in other words, willing submission to the divine will. From another perspective, this quality may also be called ‘adl [equity or justice]. Throughout a believer’s life, God Almighty does so many things to his liking and manifests thousands of matters in accord with his wishes, and He has blessed him with so many bounties in keeping with his needs, that he cannot even count them. Therefore, if God ever desires that man should comply with His will, it would be unfair and improper not to submit to His will, to find excuses, or to lose faith and go astray.

Salat [prayer] and istighfar [seeking forgiveness] are excellent remedies for apathy and indifference. One should supplicate in salat: O Allah, alienate me from my sins. If a person continues to pray sincerely, it is certain that his prayer would be answered sometime. It is not good to be in a hurry. A farmer does not harvest the crop immediately after sowing. One who is impatient is unfortunate. The sign of a pious one is that he is not impatient. Lack of patience has resulted in many a known case of failure. If a person digs a well to the depth of twenty arm’s length, and stops short of just one due to his impatience, he would waste his entire labour. Were he to dig the remaining arm length with patience, he would achieve his purpose.

It is the way of God Almighty that He bestows the blessings of love, eagerness and understanding after sufferings. A bounty that is easily acquired is not appreciated. It is well said by Sa’di:

Of all the natural states of man, one that is an essential part of his nature is truthfulness. Normally, unless a person is moved by some selfish motive, he does not wish to tell a lie. He is naturally averse to falsehood and is reluctant to have recourse to it. That is why, he dislikes a person whom he knows to be a liar and looks down upon him with contempt. But this natural state by itself cannot be considered moral. Even children and the insane exhibit this quality. The fact is that so long as a person does not renounce such selfish motives as prevent him from telling the truth, he cannot be considered truthful. If a person tells the truth only when he stands to lose nothing but tells a lie when his honour, property or life are threatened, how then can he be considered better than children and the insane? Do minors and the insane not speak this kind of truth? There is hardly anyone in the world who would tell a lie without any motive. Truth that is abandoned at a time of risk can never form part of the true morals. The real occasion of telling the truth is when one apprehends loss of life or property or honour. In this context, the divine teaching is:

Translation: ‘Keep away from idol worship and lying’, because falsehood too is an idol; one who relies upon it ceases to rely upon God. Hence, by telling lies, one loses God.

‘When you are summoned to testify to the truth, do not refuse to do so.’

‘Do not conceal true testimony; and he who conceals it, his heart is certainly sinful.’

‘And when you speak, speak only what is absolutely true and fair, even when you testify against a close relative.’

‘Hold fast to the truth and justice, and bear witness only for the sake of Allah. Never utter a lie even if telling the truth may endanger your lives or your parent’s lives or other loved ones like your children.’

‘Let not hostility towards a people prevent you from giving true testimony.’

‘They are accustomed to counselling truth.’

‘They do not keep company with the untruthful.’

This reminds me of a story. It is said that once a man came to see the famous Greek philosopher Plato and sought permission to enter. It was Plato’s habit that he only allowed visitors to enter after studying their facial features and physiognomy. This helped him to judge the personality of the visitor. This time too his servant described to him the features of the visitor. Plato said: ‘Tell him that since he is a man of low morals, I will not see him.’ The visitor heard Plato’s remark and said that what he had said was true, but he had given up his evil ways and was a reformed man. Plato agreed that such a change was possible. The visitor was then shown in and was received with much respect and honour.

Philosophers who believe that moral reform is not possible are mistaken. We know of some civil servants who were given to taking bribes, repented of it and thereafter would not accept a bribe even of the highest amount.

Repentance, in reality, is very vital and helpful to bring about moral reform and makes a man perfect. In other words, if a person seeks to shed his bad habits for good ones, he must first repent with sincerity and full resolve. 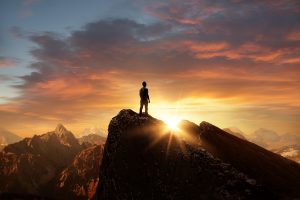 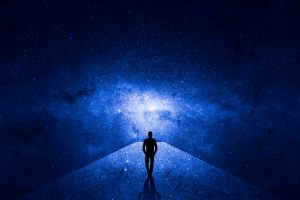 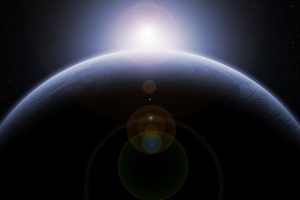