Allah the Exalted has blessed this community with the Holy Qur’an, which is the source and fountainhead of true knowledge. An individual who finds the divine verities and insights that are expounded in the Holy Qur’an – which are attained by true righteousness and fear of Allah – is thereby given such knowledge that makes them the likeness of the Israelite prophets.

It is perfectly obvious that if a person does not make use of the weapon that is provided to them, this is the person’s own fault and not the fault of the weapon itself. This is precisely the state of the world at present. Even though the Muslims were given a matchless blessing in the Holy Qur’an, which could have saved them from every form of misguidance and could have pulled them out of every form of darkness, they abandoned the Holy Qur’an and showed no regard for its pure teachings. As a result, they became so utterly distanced from Islam that if now, true Islam is presented before them – as they are utterly ignorant and oblivious to it – they will refer to a true believer as being a disbeliever.

TagsPrinciples of Faith The Holy Quran 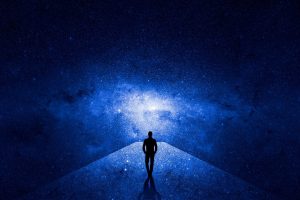