When we were young, we were taught that school is our second home, and home means, of course, security and love; where our fathers, mothers, brothers, and sisters are found.

When I was in primary school in Syria, where I was born and brought up, my best friend was a Christian. I loved Jesus (as) and she loved Muhammad (sa) so much that she attended with me the Islamic religion classes. She memorised some chapters of the Holy Qur’an, even though she had the right to opt out of this class along with the rest of the Christian pupils. Her parents did not reproach her for this, rather, they were proud of her. My parents also kept reminding me of the status of Jesus (as) and his mother in Islam, and that I must show full respect for the religion of my friend. In fact, I learned from her several beautiful sayings of Jesus (as).

The high school benches separated us, even though we were in the same school.  We were in two different classes, as she had chosen science, while I had chosen literature. At university, we studied in different cities.

After few years of work after graduation, we met by a strange coincidence in the beauty salon, only to discover that on that very night both of our weddings were going to take place and that both of our husbands were from Europe! Then another coincidence brought us together at the airport, where both of us were leaving Syria to go finally unite with our husbands! It was as if Allah had determined the same fate for us since childhood!

My friend’s name means “beauty” in English, and she was beautiful both inside and outside. I am sure that now she is leading a successful life in France as an ophthalmologist, wife, and mother.

The purpose of recounting these memories is to emphasise how the school is a home in which a child finds a family, love and where his or her religion and beliefs are respected whatever they may be.

But unfortunately, what happened in Batley Grammar School in west Yorkshire did not reflect this spirit, it may have been an unintended mistake or out of the so-called freedom of expression. However, it is important for us to understand that our freedom ends when the freedom of others begins.

The Holy Prophet (sa) of Islam, whom people would frequently abuse and insult, is the one who taught us to respect the sanctity of others. Moreover, he established the first charter in history for interfaith coexistence in Madinah whereby Muslims, Jews and polytheists pledged to respect each other’s beliefs and live peacefully in harmony.

Once a Muslim was arguing with a Jew in Madinah about who was more superior out of Moses (as) or Muhammad (sa). Then the Jew went to the Holy Prophet (sa) and complained about this matter. The Holy Prophet (sa) rebuked his companion and told him: “Do not hurt the feelings of the Jew by preferring me over Moses!”

In the Holy Qur’an we are taught not to speak ill of other people’s gods, even if we conversely believe that there is one God only! Is there any greater respect than this?

Indeed, God Almighty has focused our attention in the very first chapter of the Holy Qur’an to how He is the Lord and the Sustainer of all Mankind: Muslims, Jews, Christians, Hindus, Buddhists, etc., He likewise affirms how He is even the Sustainer and Provider of those who deny His existence!

In the Holy Qur’an, we equally learn that it is our duty to protect every church, synagogue or temple just as we protect our mosques.

Coexistence is a wonderful feature of our British society. Thus, to preserve this precious feature, it is incumbent upon each and every one of us to respect our differences, whether it is a difference in colour, belief, ethnicity, political stance or anything else. Moreover, freedom of expression must not be a justification for insulting others or hurting their sentiments.

The Batley Grammar School has apologized for what happened; thus, it is our duty as Muslims not only to accept the apology but also to forgive those who hurt us. The Prophet of Mercy, Muhammad (sa) said: “If a man makes an excuse to his brother and he [the latter] does not accept it, he will bear a burden of sin like the one who wrongfully takes extra tax from people.”(Ibn Majah)

In fact, pardoning people is one of the characteristics of the God-fearing people, as the Holy Qur’an says:

“And vie with one another in asking for forgiveness from your Lord, and for a Paradise whose price is the heavens and the earth, prepared for the God-fearing —Those who spend in prosperity and adversity, and those who suppress anger and pardon men; and Allah loves those who do good;” (3:134-135)

I hope that the school staff will read about the life and character of the Holy Prophet (sa), so that they themselves realise that he was the ultimate champion of freedom of expression, coexistence, equality, love and peace; all values that we wish will prevail in our society.

About the Author: Reem Shraiky is senior translator of the Arabic Desk of the Ahmadiyya Muslim Community and Assistant National Secretary of the Department of Outreach of Ahmadiyya Ladies Auxiliary UK. 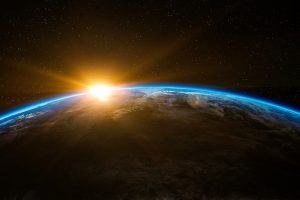 ‘The Global God Divide’ – Analyzing Belief in God and Morality: An Interview with the Pew Research Center 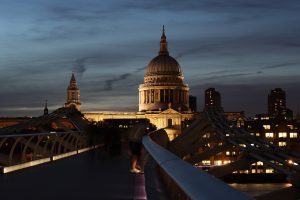 How Religious is London? 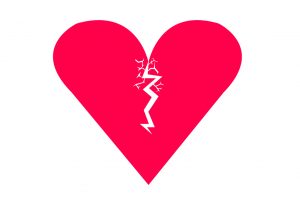 What Does Islam Have to Say About the ‘Male Gaze’?
Interview with Zainab Kizilbash, Founder of ‘Our Small Wonders’
Comment