Have you ever watched a perfume commercial and wondered why half-naked women feature in almost all of them? Have you ever wondered why most of the music video clips choose to objectify women with unnecessary close-ups on their body?

Well, that is what we call the ‘male gaze’.

The ‘gaze’ in film theory is a term that describes how viewers engage with visual media. These include advertisements, television programs and cinema. This concept was first introduced in 1975 by filmmaker Laura Mulvey in her famous essay, Visual Pleasure and Narrative Cinema.

The ‘male gaze’ invokes the sexual politics of the gaze and suggests a sexualized way of looking that empowers men and objectifies women. In the male gaze, the woman is visually positioned as an ‘object’ of heterosexual male desire.

Adopting the language of psychoanalysis, Mulvey argued that traditional Hollywood films respond to a deep-seated drive known as ‘scopophilia’: the sexual pleasure involved in looking. Mulvey argued that most popular movies are filmed in ways that satisfy masculine scopophilia, where the woman is the ‘spectacle’, and the man is ‘the bearer of the look’. [1] In short, it gives the impression that the filmmaker wants the viewers to look at women rather than listen to them. [2]

This idea goes along with a recent study, published in 2010 [3] showing, that men who looked at women in bikinis activated areas in their brain associated with tools and things you are able to manipulate. One of the authors of this study, Susan Frisk elaborates this idea in an interview:

‘There was an old ad back in the 80s called the Swedish bikini team, which was some beer ad. And so it had a bunch of women in bikinis, and in one study, they showed people this ad or a control ad, and then they had them interview a woman for a job, and the guys who had seen this bikini-filled ad didn’t remember her qualifications. They remembered what she looked like, and what they had sort of salient in their mind, were demeaning sex-related terms, like instead of a woman, they would think of ‘babe’ or more less mentionable things, and they would scoot their wheeling chair, their desk chair, closer to her when they were interviewing her. Sort of invading her space’.

While Mulvey theorized this concept years ago, a new study [4] has suggested the ‘male gaze’ still dominates visual media in which female lead characters in major movies are more likely to be objectified. Moreover, women portrayed in leadership positions were also more likely to be depicted as sexual objects, or with nudity compared to their male counterpart, thus perpetuating harmful stereotypes against women and girls.

Many women have recently been speaking out against this culture intrinsically linked to male dominance. Actresses like Adèle Haenel [5] – the face of the French MeToo Movement or Keira Knightley, have openly spoken up about the ‘discomfort’ they feel portraying the male gaze. In a recent interview, the actress said she would ‘rather not stand in front of a group of men, naked’ as it does not interest her anymore. [6]

Needless to say that all these visual representations impact the way men look at women in real life. More than being a concept that has evolved in film theory, it is now an integrated part of our modern societies. The emergence of feminist movements such as MeToo, just goes along to prove that point: women are still prey to the male gaze, dominance and violence.

While many socio-cultural and religious representations have blamed it all on women, it is interesting to see that Islam is the only religion that has particularly addressed the issue of the ‘male gaze’ 1400 years ago.

Before advising women to observe modesty and wear a head veil, the Holy Qur’an addresses men in these terms:

‘Say to the believing men that they lower their gaze, and guard their private parts. That is purer for them. Surely, Allah is well aware of what they do.’ [7]

The Qur’an clearly links the purity of intentions of men to the gaze. Men are called upon to preserve their mental chastity first as this will be indirectly the means to protect their physical one. Indeed, a pure mind will be less inclined to impure thoughts and actions. The root of it all, according to the Qur’an, is the gaze.

Many would argue that it would be wrong to put all men in one category and imply that all men would need a glance to get sexually driven to women. However, as per the recent studies showing how men instantly make a certain representation of women in their mind according to how they are shown or seen, it appears that the Qur’an is a religious book closer to human nature and psyche.

Many researchers have argued that while the ‘male gaze’ is still dominant within our society, one cannot deny the opposite tendency that is the ‘female gaze’ [8]. In other words, the female gaze refers to the notion that women, too, can objectify men. However, by calling upon women to lower their gaze and calling at both genders to protect their dignity by adopting modesty, Islam eliminates the possibility of both tendencies. It establishes women’s dignity by preserving them from any sort of male gaze thus liberating them from ill representations or sexual objectification of any kind.

Ironically, it is the religion that is most commonly associated with patriarchy and male dominance while it endorses the exact opposite.

To sum up, it would be utterly wrong to blame Islam for the patriarchal attitudes of our contemporary existence. Rather, this problem is deep-rooted in a society and system that breed sexual predators, like Jeffrey Epstein or Harvey Weinstein. The capitalist system, which is dominant in the West, not only endorses unhealthy sexual behaviours, it exacerbates the idea of looking upon women as a commodity. The more sexualized the woman is, the more she can be capitalized on. In a study conducted by Qingging Sun [9] on the increasing willingness of Chinese women to consider cosmetic surgery, the author sums up this idea quite brilliantly:

‘In a consumerist society, the female body is consumed and capitalized, and the sexual attractiveness of women is a kind of capital that can be transformed into economic, political, and cultural capital (Cheng, 2015). It makes sense that women who subscribe to a capitalist ideology are more likely to take a capitalist viewpoint toward their appearance in exchange for more success. Thus, women may choose to have cosmetic surgery to increase their sexual attractiveness to maximize the benefits.’

The study even points to the idea that women happen to internalize this gaze upon themselves by setting surreal standards of beauty aimed at appeasing men and society as a whole. These women have also realized, as the study suggests, that personal profit only occur when they conform to the standards of beauty set by the system.

Having that in mind, it is quite easy to determine why a woman wearing a headscarf and willingly choosing not to expose her sexual attractiveness sends a strong message to the modern system. That is because this behaviour goes against what has become the norm, a norm that has caused extreme damage to the feminine cause. Thus, by wearing a headscarf and dressing modestly, a Muslim woman not only refuses to become a commodity at the hands of a system that capitalizes on her body, but she also defies – through this attitude – a whole sexist and patriarchal system perceived as the epitome of freedom. Fallacious freedom that has in reality dehumanized women by reducing them to mere objects at the mercy of men’s desires.

Islam systematically rejects the capitalization of the female and male body by shunning unbridled materialistic behaviours. It calls upon men and women to seek the true richness, one that cannot be commodified or capitalized: the richness of the soul.

About the Author: Mahrukh Arif-Tayyeb is a French Muslim currently living in the UK. She holds a Masters degree from Ecole des Hautes Etudes en Sciences Sociales – a prestigious School of Social Sciences in Paris. She has previously worked as a journalist for a french newpaper.

[3] From Agents to Objects: Sexist Attitudes and Neural Responses to Sexualised Target: https://www.ncbi.nlm.nih.gov/pmc/articles/PMC3801174/ 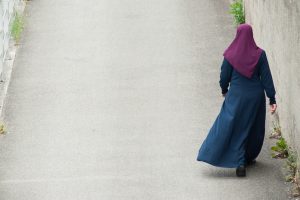 Reaching for the Stars: Interview with Senior Scientist at Pfizer Dr. Nusrat Sharif
School is a Home of Love and Security
Comment