In an interview with the French magazine Causeur, Lydia Guirous, a French politician formerly responsible for maintaining the values ​​of the French Republic and secularism, said: ‘when you are French, you do not wear a hijab.’ It is a crass and dangerous intellectual shortcut to question the integrity and national belonging of the French veiled Muslim women.

Let’s set the record straight: if a woman wishes to wear the veil (i.e. the hijab), she is free to do so. The veil does not make her more or less French, since it is above all, a religious choice and not a political one. Politicising the veil – to create a temporary buzz – at the cost of compromising women’s freedom is not worthy of the feminist Lydia Guirous claims to be. On the contrary, it shows that the feminist cause does not really matter to her.

Wearing the veil is not a criterion for belonging to the French nation. If the full veil has been banned for security reasons, Lydia Guirous, being a politician, must be aware of the fact this law has never been justified by a concern for maintaining French values. Muslim women are still free to wear a veil and do proudly display French values, including the first of our national motto: Liberté (Freedom).

French law gives women the freedom to master their choices and dress as they wish, much to her inconvenience. It is also essential to remember that these kind of claims opens a Pandora’s box to other religious discrimination.

Today, we are talking about the veil being incompatible with French values, tomorrow are we going to hear that when you wear a kippah or a turban, you are not French either? Moreover, why is it so easy to drag women into such debates? Doesn’t Ms Guirous think that by reducing all veiled women to submissive sub-beings incapable of thinking and willingly choosing how to dress, she is actually serving the same patriarchal, sexist discourse that she claims to be fighting against?

Ms Guirous, being French cannot be reduced to the simple piece of cloth, but rather, it is determined by our actions. In these difficult times of a global pandemic, the women of the Ahmadiyya Muslim Community, who have been ambassadors of thePiece Jaunesscheme for over nine years now, have not only distributed packed lunches to hospital staff but also to all those currently in need of help.

They sewed more than 6000 masks to make up for the lack of supplies and offered them to charities such as La Croix Rougeor Le Secours Populaire.

They worked closely with councils across France by responding to local Mayors’ calls for help to sew masks for schools and residents of each respective city.

To support the most disadvantaged and the elderly, they organised regular correspondence with old-age homes to support them psychologically to cope with the loneliness brought by the pandemic and delivered snacks to nursing staff on a regular basis.

They never failed to extend their warm wishes and send greeting cards on every festive occasion – be it Christmas, Easter or New Years. Their veil did not prevent them from carrying out civic actions and participating in every national commemoration. Their veil did not prevent them from condemning, with fervour, every attack committed against their homeland. They are living proof of the famous precept of the Holy Prophet Muhammad (sa) ‘love for the country is part of faith’.

What actions have you taken during this pandemic to help your fellow citizens, apart from sowing discord in the media and stigmatizing veiled women?

Mahrukh Arif-Tayyeb is a French Muslim currently living in the UK. She holds a Masters degree from Ecole des Hautes Etudes en Sciences Sociales – a prestigious School of Social Sciences in Paris. She has previously worked as a journalist for a french newspaper. 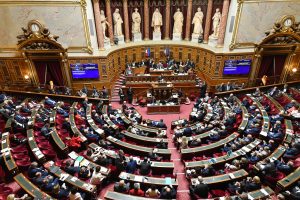 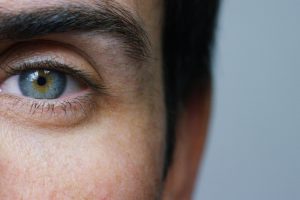 What Does Islam Have to Say About the ‘Male Gaze’?

Disbelief United as One
Mosques and Women: What the BBC Got Wrong
Comment