On Christmas Day 2021, the world watched as humanity set out to accomplish one of the greatest scientific and technological feats in human history: the launch of the James Webb Space Telescope (JWST), the largest space telescope built to date. It has since successfully completed all of its major deployments and has enough fuel to last about two decades (its lifetime was previously estimated to be about 5-10 years). From its destination a million miles away from Earth, JWST will peer deep into space, reveal its early secrets, and revolutionize our understanding of the Universe.

What is JWST and how does it compare to Hubble?

JWST is the successor to the Hubble Space Telescope, which was launched in 1990 and transformed our picture of astronomy. Data from the Hubble Space Telescope helped us obtain the first detection of the atmosphere of an exoplanet (planet beyond the Solar System) and contributed to Nobel Prize-winning research on the accelerating expansion of the Universe. But its successor is poised to make observations with unprecedented stability and precision at distances and at wavelengths that Hubble cannot probe. In fact, JWST has been designed in a few key ways that will provide improvements in the quality of the data that we can obtain.

The Size of a Tennis Court

The primary mirror of JWST is about three times bigger than that of Hubble. A telescope’s primary mirror is important because it determines the amount of light that a telescope can collect, thereby increasing the performance of a telescope. JWST, about a tennis court in size, is the largest space telescope ever built. In comparison, Hubble is roughly the size of a school bus.

The Light it Can See

The instruments on Hubble provide observations at visible wavelengths of light, similar to the light that our eyes can see. JWST, however, will primarily observe in the infrared, at wavelengths beyond which the human eye can see. This infrared capability is precisely what will allow us to catch a glimpse of light emitted billions of years ago in the early Universe, since the farther you look into space the more ‘redshifted’ the light becomes.

A Million Miles Away

While Hubble is in orbit around the Earth (you can even track the spacecraft to check when you might see it from your neighbourhood!), JWST will orbit about a million miles away from the Earth at a location called the L2 point of the Earth-Sun system. This special point was chosen to be JWST’s home because it is close enough to maintain communication with Earth, while also providing a clear view of deep space with the Sun, the moon, and the Earth behind the spacecraft for solar power.

Thanks to its sunshield, this location will allow JWST’s infrared instruments to be kept at the extremely cold temperatures (below -370°F or -223°C) required to work properly. We will also be able to observe for almost 24 hours a day, which was not possible with Hubble (which only observes about half of the time since it is in the Sun during the other half of its orbit).

What Can We Learn from JWST?

The main science goals for this next-generation telescope are to study light from the first stars and galaxies that formed after the Big Bang, understand how these galaxies formed and evolved, investigate the formation of stars and planets in orbit around them, and to observe planetary systems and the origins of life. Beyond these goals, many serendipitous discoveries from JWST are sure to follow.

About the Author: Dr Munazza Alam is an astronomer, National Geographic Young Explorer, and postdoctoral researcher at the Carnegie Earth & Planets Laboratory in Washington, DC. She also serves as a Deputy Editor for the Science Section in The Review of Religions. 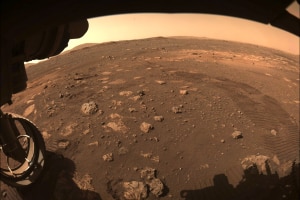 Mars Rover Perseverance and The Search for Life 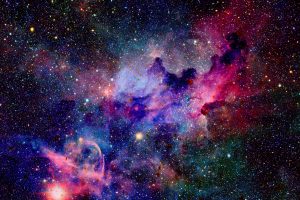 International Day of Women & Girls in Science – We Asked What it Means to be an Ahmadi Muslim Woman Scientist
Chinese Lunar Lander First to Discover Water on the Moon in Real Time – What Could This Mean?
Comment