Is COVID-19 a man-made virus? This is a theory that many are arguing. Although the new variants we see (e.g. Omicron) are almost certainly natural mutations, such people argue that the original could have been a lab leak that occurred in Wuhan or perhaps elsewhere. Even in such a scenario it would most likely have been an accident and not an intentional attack by China on the rest of the world, as some conspiracy theorists have claimed.

Nevertheless, this poses the question of whether or not either governments or hostile non-state actors (e.g. terrorists) will someday intentionally unleash a genetically engineered disease upon those they consider to be their enemies.

Historically, primitive biological weapons were often used as part of warfare. For example in 1347 Mongol soldiers catapulted plague-infested corpses over the walls of a besieged city to infect and thereby kill off the inhabitants, and in 1763 British troops passed blankets infected with smallpox among Native American tribes, who were then wiped out by a terrible epidemic.

These days we have advanced biological weapons that are capable of doing far more damage. For many pathogens there are no effective vaccines or methods of civil defense. If any of these were ever weaponised, the results could be catastrophic.

COVID-19 has a relatively low fatality rate but has nevertheless done a great deal of damage to the world. Imagine the damage that could be done if a strain of either coronavirus or some other pathogen was engineered that had a significantly higher fatality rate or was substantially more contagious.

In contrast to advanced biological weapons, the threat of cyber attacks may not seem to be as severe. After all, cyber attacks are a fairly common occurrence and yet life goes on quite normally for most of us. So what is there to fear?

How about a massive nationwide cyber attack that takes out the electrical grid and/or causes widespread damage and disruption to critical technological infrastructure? Such an attack could cripple a nation’s key infrastructure and, if it lasts long enough or occurs during a particularly inopportune period (e.g. in the middle of winter), it could cause widespread death and starvation.

Unfortunately, the prospect of this happening isn’t as remote as you might think. And the power for this could someday be in the hands of non-state actors.

Less devastating smaller scale versions of this scenario have already occurred in recent history, such as the 2015 Ukraine Power Grid Hack which was the first successful cyber attack on a power grid. It left approximately 230 000 people without power for up to 6 hours.

Now imagine a vastly more sophisticated attack involving millions, or tens of millions, of people over a period of days or even weeks. It would be enough to bring any nation to its knees.

We have come to rely so thoroughly on modern technology that being suddenly deprived of it would have severe consequences in multiple areas all at once, from remote work and schooling to online banking, shopping, socialising with far-off friends and family, obtaining information and news, and organising healthcare and appointments etc. Not to mention problems with food distribution, central heating, refrigeration, and hospitalisation. Many gas stations and petrol pumps require electricity to function properly. Even train tracks are electrified these days. It would be a huge, devastating and sudden hit with no time for preparation.

In comparison, a biological weapon would at least leave our technology and means of communication intact. Even a rapidly spreading pandemic would give people at least some time to prepare.

On the other hand, is that really any consolation if many of the people you know are fatally ill? Or if you and your loved ones are alright for now but you know that a terrible disease is spreading inexorably and will eventually get you and those you care about? Is slow doom really better than sudden catastrophe? Or is a quick end really preferable to having one last chance to spend a little bit more time with those you love while doing the things that matter to you?

What would be worse, the deployment of advanced biological weapons or a nationwide cyber attack? What should we spend more of our time, energy, resources, and taxes trying to prevent?

Let us know in the comments section below. 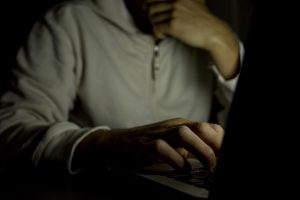 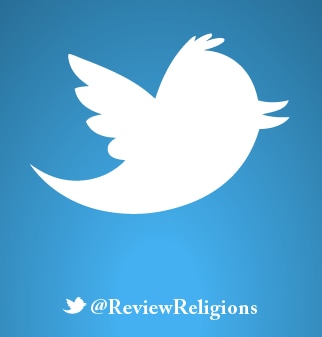 Mobile Internet and the Web

First Images from the James Webb Space Telescope
Fasting and the Process of Autophagy: How the Cell’s Repair Machinery May Get a Boost During Fasting
Comment