It happened about 8 years ago when I was still in secondary school.

Many of those in my year group were selected to take the International GCSE Mathematics Examination a year early in June 2014. I was lucky enough to make it (just about). It would be my first serious exam in secondary school.

We all studied hard in preparation. In the weeks leading up to the exam, I remember doing an exercise related to the simple formula that converts a temperature from degrees Celsius to degrees Fahrenheit. The formula is: F = 1.8C + 32

But for me, personally, this isn’t just some example. It was my actual temperature on the night right before my exam.

I’d already been sick for three days; each day was worse than the last. At first, it seemed like nothing to worry about. But my condition gradually deteriorated. By day 3, it was bad.

I had never been so ill before. I was burning up. I vomited. At times I slipped between being conscious and unconscious.

My family was worried; they considered taking me to hospital. They told me I’d have to miss my exam.

I had worked hard. But I was too sick to care now.

My grandfather was the last person who came to see me before I fell asleep on the night before my exam.

I am so indescribably fortunate that he happens to be none other than His Holiness Hazrat Khalifatul Masih V (aba).

It was the first time I’d seen him in three days, since I got ill.

With his characteristically reassuring undertone of humour, Huzur (aba) said to me “Suna hai tumhein bukhar hai?” (“Heard you have a fever?”).

All I could manage was a faint awkward “Ji” (“Yes”) in reply. He walked over and put his cool hand on my boiling forehead.

I felt the cold solidity of his ring on my brow, the ring that was passed down to generations of Khulafa by the Promised Messiah (as).

Afterwards, my parents told me that Huzur (aba) stood there for a while, praying and keeping his hand on my forehead.

I don’t know how long he was there for. I must’ve fallen asleep because the next thing I know, it’s already morning. And I felt fine. Tired, but fine.

I went and did my exam. A few months later I found out that I received an A*, by the grace of Allah the Almighty. The next year, I took the rest of my GCSEs. Alhamdulillah, I did well enough to be selected for the Jalsa Award Ceremony a year later.

My A* in Maths was crucial in this; without it, I wouldn’t have been able to receive an award from Huzur (aba) in UK Jalsa Salana 2016.

I can truly say that Huzur (aba) helped me every step of the way. He was there for me in the very beginning as well as at the very end of the process.

The hand that bestowed the medal upon me was the same healing hand that enabled me to receive it in the first place.

The blessings of Khilafat somehow converted a 40°C temperature into an A* in an international exam.

No formula in the field of mathematics could ever be capable of explaining that. 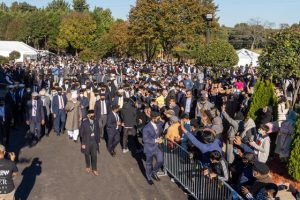 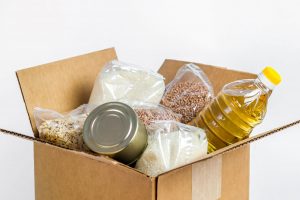 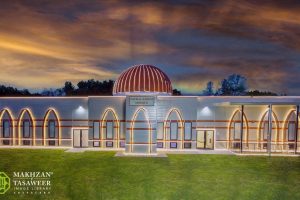 The Existence of God in the Life of the First Caliph, Hazrat Hakim Maulvi Nooruddin (ra)
Friday Sermon Summary 27th May 2022 – ‘Understanding the True Essence of Khilafat Day’
Comment