The beginning of this month marked the Platinum Jubilee of Queen Elizabeth II in celebration of the fact that she has now been on the throne for just over 70 years (since she acceded to the throne in February 1952).

In just a few days, her reign will be the second longest of any monarch on record in world history (having surpassed the reign of King Bhumipol Adulyadej of Thailand, whose reign lasted 70 years and 126 days – from 9th June 1946 to 13th October 2016)

If her reign lasts at least another 2 years, then, sometime in June 2024, Queen Elizabeth II will be the longest reigning monarch on record in the entire history of the world (having surpassed the reign of Louis XIV King of France from 14th May 1643 to 1st September 1715 i.e. 72 years and 110 days).

Her coronation in June 1953 was the first major international event to be broadcast on television worldwide and since then, she has had 6 jubilees – which is more than the combined total of all the kings and queens before her.

It is therefore apt that triumph is closely connected to the original meaning of the word ‘jubilee’. There are two possible explanations for the etymology of ‘jubilee’ but, at any rate, it is either wholly or partially derived from the Latin verb ‘jubilo’ which means ‘I cheer, sing, shout joyfully’ and is also the source of the English word ‘jubilant’.

This feeling of jubilation is also shared by the Fifth Caliph and Worldwide Head of the Ahmadiyya Muslim Community, His Holiness Hazrat Mirza Masroor Ahmad, . Last week, he delivered the following message on the occasion of the Jubilee:

‘Upon the joyous occasion of the Platinum Jubilee, I present my heartfelt and sincere congratulations to Her Majesty, Queen Elizabeth II. It is my sincere prayer that, may God Almighty, through His Grace and Blessings keep our honoured Queen forever safe and grant her continued good health, prosperity and happiness.

May the noble Queen continue to reign with benevolence and may the attributes of justice and freedom forever remain the guiding principles of the British Monarchy and may God always guide and grant success to Her Majesty and her progeny. Ameen.’

In delivering this message, His Holiness is following in the footsteps of the Founder of the Ahmadiyya Muslim Community, Hazrat Mirza Ghulam Ahmad (as) of Qadian, the Promised Messiah and Imam Mahdi, who delivered a similar message on the occasion of Queen Victoria’s Diamond Jubilee in 1897:

‘Thanks to God Who showed us this day of great joy that we witnessed the sixtieth jubilee of our honoured Queen, the Empress of India and England. Who can imagine the amount of joy this day has brought? Congratulations filled with joy and gratefulness from us to our benevolent and benignant Empress. May God keep her joyful forever! We pray to God—Who has created this earth and raised the heavens, and has put the radiant sun and the moon in our service—that may He keep our honoured ruler, the Empress of India, safe for a long time.’

May Allah the Almighty continue to bless the institution of monarchy and fulfil the prayers made on its behalf by the Ahmadiyya Muslim Community. 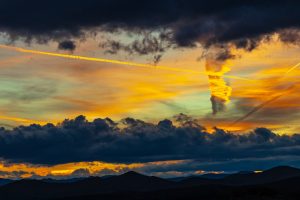 The Messiah’s Cure to the World’s Turmoil 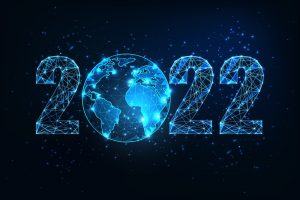