During the Easter weekend, far-right political activists planned to burn copies the Holy Qur’an in several cities in Sweden, causing violent riots and disorder. The violent protests are unprecedented in Sweden and have stirred a debate regarding the role of freedom of speech.

As a response, the Ahmadiyya Muslim Community in Sweden launched the #KoranenLär campaign on Twitter, informing the Swedish public about the beautiful teachings of the Holy Qur’an. This was in light of guidance imparted by the Fifth Caliph and Worldwide Head of the Ahmadiyya Muslim Community, His Holiness, Hazrat Mirza Masroor Ahmad (aba) during an virtual audience with members of the Community in Sweden held in 2020. This virtual audience was the day after political activists in Sweden had burned a copy of the Holy Qur’an. His Holiness (aba) stated:

‘The reason why this is happening is that they do not know the true teachings of Islam and the Holy Quran. Moreover, due to the actions of some terrorists amongst the Muslims, these people get the impression that such things might actually be written in the Quran.

They try to grab on to one verse which allows the believers to fight in wars, yet they completely overlook the rest of the verses which explain the circumstances or context enabling this permission.

So, these people should be made aware of these teachings, and you should make your plans to propagate the true teachings in accordance with this.’

‘The truth is that most people in Sweden and other Western countries remain unaware of the true teachings of Islam and this enables extremists to take individual verses of the Holy Quran completely out of context for the sake of their false propaganda. People who conduct such hateful acts have no knowledge of Islam or what the actual conditions laid down in the Holy Quran are for Jihad. They ignore the fact that the Bible has many more verses that can be taken out of context and used to justify the use of force. Regardless, it is the duty of Ahmadi Muslims to introduce and exemplify the true and peaceful teachings of Islam in each and every city and town so that people understand the reality of our religion.’

As an Imam of the Ahmadiyya Muslim Community here in Sweden, I wrote an article in the largest newspaper of Sweden, Aftonbladet, in which I stated that freedom of speech should be used with responsibility and that the same freedom gives us the right to present the beautiful teachings of Islam. I also stated that I consider freedom of speech to be an important right amongst many others. It should also be considered a freedom to be able to live in peace in our neighbourhoods.

Title translates to: ‘The riots are not about Muslim faith’

I then outlined some of the teachings in the article pertaining to freedom of speech, patience and forbearance, and to abide by the laws of the land.

No doubt the burning of my Holy Scripture causes great pain and anguish, but with all these instructions of the Holy Qur’an in mind, the only response for me not only as an Imam, but also as a Muslim, is to act in a peaceful manner with forgiveness, for actions speak louder than words. To react in the contrary would only be adding gas to the fire and succumbing to the corrupt views of Islam held by our opponents. My hope and prayer is that the people of Sweden, and indeed the world, learn of the true teachings of Islam and only then can we live in a society of peace and mutual respect.

About the Author: Kashif Mahmood Virk is a graduate from the Ahmadiyya Institue of Modern Languages and Theology in the UK and is currently serving as an Imam of the Ahmadiyya Muslim Community in Sweden. 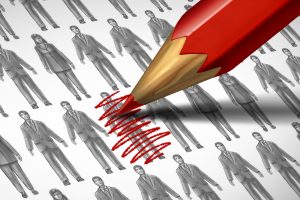 Cancel Culture – Where Do We Draw the Line? 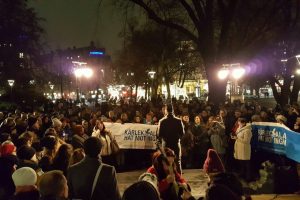