There are dozens of ordinary ‘English’ words that originally came from languages historically associated with Islam (e.g. Arabic, Persian, Urdu).

In doing so, I hope to show that Muslims have never been strangers to the West; we are as inseparable from its culture, history and heritage as our words are from its languages. And our contribution to its development can be found in any dictionary.

California was already inhabited by approximately 130,000 Native Americans in the year 1542 when people from Europe saw it for the first time. Those Europeans happened to be Spanish so that the subsequent waves of colonisation led to California being part of Mexico when Mexico declared independence from Spain in 1821.

A short while later in 1846-7, America fought a war with Mexico and annexed the whole of California. So in a period of about three centuries, the ownership of California changed hands multiple times; first, the Native Americans, then the Empire of Spain, then the Republic of Mexico, and then finally the United States of America (although there were also a few weeks in the summer of 1846 when California was an independent republic).

The name ‘California’ was originally bestowed upon the territory by its Spanish settlers all those centuries ago. When Spanish explorers first arrived in California, they mistakenly believed it to be an island due to the fact that their first encounter was with the Baja California peninsula (a long stretch of land surrounded by water on three sides). This error persisted on maps until well into the 1800s, almost three centuries later.

But since they thought it was an island, they decided to name it after the mythical island of ‘California’ from the then-popular fantasy novel ‘Las sergas de Esplandián’ (‘The Adventures of Esplandián’), written by the Castilian author Garci Rodríguez de Montalvo sometime in the late 1400s or early 1500s. Otherwise, the name could just as easily have been ‘Atlantis’ instead of ‘California’; it all depended on the literary tastes of the Spanish explorers.

In Montalvo’s novel, the island of California was inhabited only by women and ruled by a queen whom the writer called ‘Calafia’. The writer chose the names ‘Calafia’ for the queen and ‘California’ for her realm because, in the story, California was allied with the ‘Moors’ or Muslims (as opposed to the Christians) and the names were supposed to be a reference to the Arabic term for a Muslim leader: ‘Caliph’ or ‘Khalifa’ (خليفة).

By Montalvo’s day and age, the term ‘Khalifa’ basically referred to a worldly ruler although it still carried a leftover shine of spiritual prestige from the days when it was used for the spiritual successors of the Holy Prophet Muhammad (sa).

Before Islam, the term ‘Khalifa’ originally only meant ‘successor’ or ‘representative’, hence why it came to be used to refer to the ‘successors’ or ‘representatives’ of the Holy Prophet (sa) and then became exclusively associated with the spiritual successors and later with the worldly usurpers of the office of Caliphate.

The first recorded instance of the word ‘Khalifa’ in a book, is in the first and oldest book ever to be written in the Arabic language: the Holy Qur’an. In the following verse, you can see the word being used in its original sense when Allah the Almighty decides to make the prophet Adam (as) His earthly representative:

And when thy Lord said to the angels: ‘I am about to place a vicegerent in the earth’ [1]

In this day and age, there is only one true Caliphate that still remains in the world, and that is the Spiritual Leadership of the Ahmadiyya Muslim Community, which is presently invested in the person of His Holiness Hazrat Mirza Masroor Ahmad (aba), the Fifth Caliph.

His Holiness has visited America on at least four occasions and California as well. On 11th May 2013, His Holiness was even awarded the Keys to the City of Los Angeles on account of his humanitarian work.

LA (Los Angeles) is California’s largest city and its name is Spanish for ‘the angels’. I will leave it to the philosophers and theologians amongst our readers to ponder over the symbolism of a Caliph visiting a land named after his own high office and being presented a golden key by ‘the angels’.

With a GDP of $3.4 Trillion (2021) and a population of nearly 40 million (2020), California today is the richest and most populated of America’s 50 states. California is so rich in fact, that if it were its own country, it would be the world’s 5th largest economy (2021). This wealth is unsurprising; California is, after all, home to both Silicon Valley and Hollywood. Technology, innovation, cultural soft power – all reside abundantly in the ‘Golden State’ with a golden name.

The blessings of a beautiful name are plain to see and Ahmadi Muslims who live in California should feel fortunate that the same institution of Caliphate which they love so ardently is the source of the name of their home.

You can learn more about True Caliphate in the following video, in which His Holiness receives the Keys to the City of Los Angeles during a reception at Beverly Hills (24 minutes into the video): 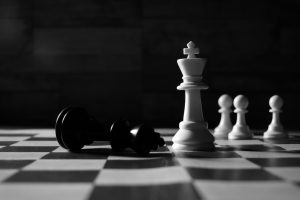 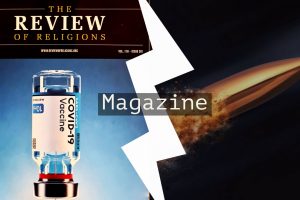 Muslims Said it First: ‘Ghoul’
A Page from the Dictionary of the Divine
Comment