As many are aware, in the recent past a wave of conflict and violence has rippled through the world. Some attribute this conflict to the violent retaliation of Muslims, while others assert it is the work of a rude and uninformed film-maker. However, neither one of these assertions are correct independently; rather, it is a mixture of both. Muslims are absolutely justified in the anger and pain they feel at the crude film, Innocence of Muslims. The film is an immature, uncivilised and disrespectful approach to flaunt the right of freedom of speech. Yet there is no justification whatsoever for the violence perpetrated by some Muslims in retaliation either, because if the Holy Prophet Muhammadsa was present today, he would not have permitted such a response. The life of the Holy Prophetsa is full of examples where he repaid barbaric injustice with forgiveness, and returned enmity with love. The Quraish of Makkah subjected the Holy Prophetsa and his Companions to persecution which was unparalleled in its barbarity. His beloved Companions were butchered with no remorse. History testifies that they were tortured so horrifically that their bodies were left scarred for life, and many were martyred, only for the “crime” that they believed in One God. Yet, when these very same criminals of Arabia were at the mercy of the Holy Prophetsa, after about twenty years of persecution, the Holy Prophetsa showed them nothing but unprecedented mercy, and forgave them all. Indeed, the Prophet of Islamsa was a “Mercy for all Mankind.”

Innocence of Muslims greatly hurt Muslims throughout the world. The Holy Prophetsa is held by Muslims more dear than all of their loved ones. It is one thing to challenge another person’s views in an academic manner, and quite another to resort to hollow mockery. The first brings about understanding and deepens the breadth of a person’s view, and Islam encourages healthy debate and discussion, but the latter only creates rift, hatred, and conflict. Therefore, it is ironic that a law which has been instituted so that human rights may be safeguarded is being misused by some to create disorder and conflict in the world. This is not to infer that opposing views should be silenced. However, if someone has a genuine question or difficulty in understanding Islam or its Holy Founder, or any religion for that matter – these concerns can be raised and presented in a respectful manner. After all, respect is the hallmark of a civilised nation. For example, the courts are a place where justice is administered, but even here, opposing views must be expressed with respect, dignity and self-control, otherwise a person is sentenced to contempt of court.

There is not a single example in the entire life of the Holy Prophetsa where people of opposing views were silenced. Not only did the Holy Prophetsa openly permit the expression of opposing views, he went even further to ensure that the emotions of such people were safeguarded and protected. Islam encourages the importance of free speech, but this right should be exercised in a respectful and dignified manner. As a fundamental principle, it must be understood that all freedoms granted by law possess limits and boundaries. It is these very limits, boundaries and restrictions which differentiate civilised humans from animals. An act in the name of “freedom,” which infringes upon the rights of others, or injures the religious sentiments of others can not at all be conducive to world peace and harmony. Peace and harmony can only be established through respectful dialogue. Bridges of love can only be built between nations if a genuine and sympathetic desire to understand each other exists. It is this very true concept of Islam which has been taught to Ahmadis in this day and age by Hazrat Mirza Ghulam Ahmadas of Qadian, the Promised Messiah and Reformer of the latter days. The Ahmadiyya Muslim Community is striving to convey this very message to the world under the leadership of Hazrat Mirza Masroor Ahmadaba, the Khalifah or divinely appointed spiritual Head of the Community. It is this very Khalifah of Peace, who teaches us to respond to such vulgarity by promoting the true character of the Holy Prophetsa throughout the world, and to not retaliate with violence and bloodshed. Any true Muslim would never respond to such mockery except in a manner of peace, because the Holy Prophetsa was also a Prince of Peace, he was a Herald of Harmony, an Emissary of Empathy, a Leader of Love, he was a Commander of Compassion, and a Ruler of Hearts. And every single moment of his life is a living testimony to this very fact.

Ayyaz Mahmood Khan recently graduated from the Jamia Ahmadiyya UK (Institute of Theology and Languages) and is a frequent lecturer on Islam. He translated the epic biography Seerat Khatamanun Nabiyyin – The Life and Character of the Seal of Prophets – Vol. 1, into English and is currently translating Vol. 2 of this book. He is a regular panelist on the TV show ‘Faith Matters’ on Muslim Television Ahmadiyya International (www.mta.tv) in which religious and theological topics are discussed.

True Love for the Holy Prophet(sa) 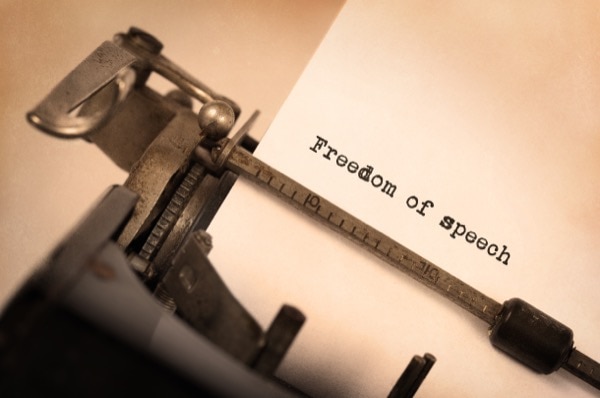 What is the Punishment for Blasphemy in Islam?