Islam and Christianity in India

The origins of Christianity in India are shrouded in mystery and intrigue. Christian literature mention the account of the St. Thomas—one of the Twelve Apostle of Jesusas—visiting India in around the middle of the 1st century AD:

‘According to the lot, therefore, India fell unto Judas Thomas, which is also the twin: but he would not go, saying that by reason of weakness of the flesh he could not travel…the Saviour appeared unto him by night and saith to him: Fear not, Thomas, go thou unto India and preach the word there, for my grace is with thee.’ (Acts of Thomas 1).

St Thomas is often considered to be the first to have introduced Christianity to India. In our Easter Special Edition, however (March 2012), various experts and researchers presented compelling evidence to argue that Jesusas himself travelled to India having survived the crucifixion. Intriguingly, the Acts of Thomas also contain an account of Thomas and Jesusas apparently together in Taxilla, which today is part of Pakistan, in around 49AD. What is clear in any case is that Christianity has deep roots in the subcontinent stretching back to the earliest period of Christianity. Islam it appears was seemingly introduced to India through Arab tradesman who converted after the advent of the Holy Prophetsa. The Arab traders then introduced Islam in the subcontinent by propagating it to people wherever they travelled. Indications that Islam was introduced to the subcontinent in the earliest period of Islam can be traced to Kerala, where perhaps the first mosque was built in India in around 629AD. Thus, Islam and Christianity can be traced in India to the earliest possible periods and they have chalked out an extensive history in the subcontinent.

In the 19th century, India was the country with the highest Muslim population and Islam had established a strong foothold in all respects. However, despite the dominance of Islam at the time, Christian missionaries saw a golden opportunity for their preaching efforts. They realised that there was a significant flaw in the prevalent Muslim belief that Jesusas was still alive in the heavens and would return bodily as the Second Coming of the Messiah. Christian missionaries decided to use this doctrine against the Muslims by arguing that if Muhammadsa had met his demise, it proved that Jesusas was superior and immortal as he was still alive and enjoyed a position not shared by any other human in history. They turned their primary focus to the subcontinent, aiming to transform India into the centre of Christianity. Subsequently, during that era tens of thousands of Muslims converted to the Christian faith. The Muslim scholars of the subcontinent were helpless and unable to respond using their misconstrued interpretations of Qur’anic verses, which were easily rebutted by Christian preachers.

Against this backdrop of the Muslims facing a seemingly unstoppable onslaught by the Christians, a very prominent Christian missionary, Dr. Henry Martyn Clark, thoroughly aware of the dire state of the Muslim response, challenged the Muslims to come forth and defend their faith. A man named Mirza Ghulam Ahmadas, a learned Muslim scholar who had also claimed to be the Promised Messiah tasked with reviving Islam, accepted the challenge. A fascinating debate ensued in the city of Jandiala, which is the basis of our feature article in this Edition, ‘The Holy War, The Great Debate Between the Christians and Muslims in the Subcontinent.’ The outcome of the debate would have a far-reaching effect on the progress of Islam and Christianity in the region. 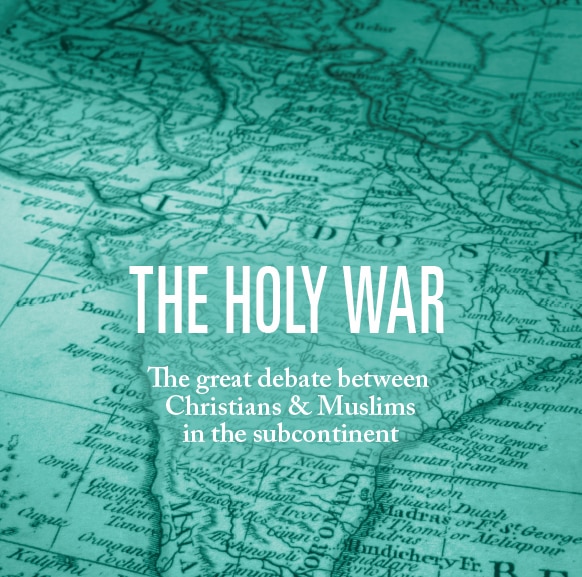 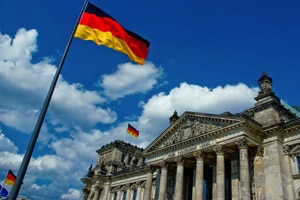 Is Islam for Germany?