My name is Staska, I am Catholic and a practical believer. I received an exceptional and unique opportunity to attend the annual meeting of the Jama’at in the city of Karlsruhe in Germany as an interreligious guest. I went there with very little information about that relatively unfamiliar religious organisation, with very few expectations and I was a bit sceptical about how it was all going to appear and whether I would like it or would fit in.

What I experienced there was way over my expectations. So much hospitality, friendship and love are rarely seen in one place. Caring for the guests was at the highest level. I really felt like I was at home even though my appearance differed from the appearances of the other women.

The Annual Gathering of the Jama’at, called ‘Jalsa Salana’, lasted for three days. All days were quite content and filled with various activities, but also enriched with invaluable interreligious experience. What I will gladly clarify is, primarily, the meeting with the spiritual leader of Jama’at, Mirza Masroor Ahmad, the Fifth Khalifah. Although the impression I obtained from seeing his photos was initially something else, in reality he is incredibly patient, kind and a friendly man. His accessibility has encouraged us to ask him some questions.

My colleagues from SUS (Slavonian Students’ Association) and I asked him why there are more and more people, especially youngsters, who are turning away from the religion and how this can be prevented.  And how social networks and media help or hinder this trend of declining religiosity. We were also interested in what Muslims who are not from Ahmadiyya think of the Jama’at and if there are many Muslims who join it. We also didn’t hesitate to ask some more “tricky” questions such as the position of women in Islam and the negative image of Islam that was recently created in the public due to the activities of the extremist groups.

I admired how the Khalifah was open and willing to answer all our questions, very gladly and thoroughly. It was very clear to me that his great desire was to show us that Islam is not a religion of hatred and exclusion, but a faith of peace (as its name says), charity, help and compassion for the needy people, and one the main tasks of the Ahmadiyya Muslims is to restore the faith in the goodness of Islam. Meeting with the Khalifah was definitely an invaluable experience for me and I will always cherish it.

Another insight to the world of Islam that I was also impressed by was the participation in Namaaz [the formal Muslim prayer], or kneeling. During those 15 minutes of kneeling, 16,000 women breathed as one, with the absolute concentration to the words of the Imam and with the complete composure in prayer. Thereafter followed beautiful songs from Qur’an whose words quite reminded me of the words in Christian psalms.

How Ahmadiyya Muslims support the education of their members is best shown by the fact that the Khalifah personally presented special medals and plaques for young people who have gained diploma in faculty. What amazed me the most was, of course, an impressive number of women who, through their hard work and efforts, achieved a university degree.

On the last day of the Jalsa Salana another interesting ceremony was held – the accession of new members in Jama’at. All newcomers gather around the Khalifah holding each other by the shoulder and pronouncing the oath, so called “Bai’at.” After the vows and the very emotional prayer they become full members of Jama’at.

I also had an incredible opportunity to give a short speech on the main stage and share my impression of the event with the large audience, as well as to describe the existing cooperation with the Humanity First, a humanitarian organisation which operates within the Jama’at. Following this we had a very important meeting with the President of the Humanity First Germany to whom we talked about the possible continuation of cooperation in the project of providing assistance to flooded areas in Croatia.

Except for the official part, our hosts organised the tour around Karlsruhe, during which we visited a very interesting city museum. Afterwards we went to Heidelberg, a well-known university city, where we visited the Heidelberg castle. We finished the tour with the city of Frankfurt, sightseeing it by boat on the river Main and by walking around the city centre that impressed us with its interesting architecture, and the contrast between modern and classical design.

Every moment of this trip was an insight into something new; different customs and different culture. This experience has helped me greatly to better understand the Ahmadiyya Muslims, their beliefs and the purpose of their activities. This incredible amount of love, warmth and hospitality concentrated in one place showed me that those extremist groups do not make Islam. Ahmadiyya Muslims managed to convince me that Islam is a peaceful religion and that they, just as we Christians, aspire to the same lofty goal – love. 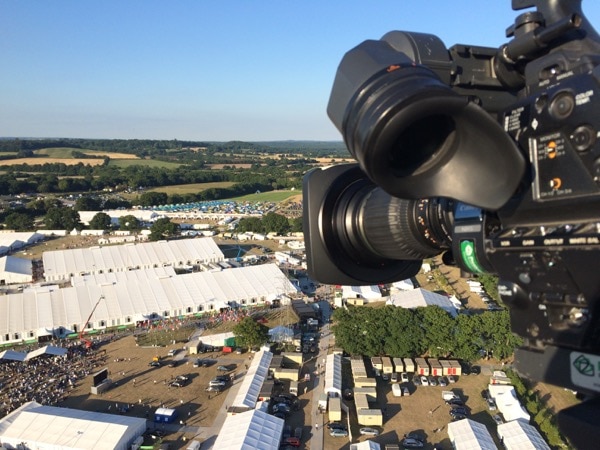 A Gathering of Peace
Notes & Comments – “Not a Soul Had Ever Heard of Qadian!”
Comment