“On behalf of the Ahmadiyya Muslim Community worldwide, I express my heartfelt sympathies and condolences to the French nation, its people and government following the heinous terrorist attacks that have taken place in Paris. This brutal and inhumane attack can only be condemned in the strongest possible terms.

I would also like to reiterate that all forms of terrorism and extremism are completely against the true teachings of Islam. The Holy Qur’an has said that to kill even one innocent person is akin to killing all of mankind. Thus under no circumstances
can murder ever be justified and those who seek to justify their hateful acts in the name of Islam are serving only to defame it in the worst possible way.
Our sympathies and prayers are with the victims of these attacks and all those who have been left bereaved or affected in any way. May God Almighty grant patience to them all and I hope and pray that the perpetrators of this evil act are swiftly brought to justice.”

TagsAddress by the Caliph Special Address 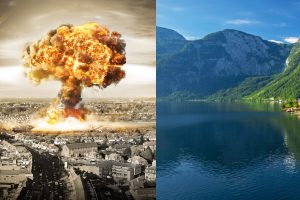