It is a question that has been raised too frequently over the last few years for religious parents to ignore entirely: Is raising a child to hold religious beliefs a sinister form of ideological indoctrination? Many outspoken atheists of today argue just this, with zoologist Richard Dawkins predictably leading the pack. Last year, in a detailed article specifically on this topic, he wrote:

“There really is an important difference between including your children in harmless traditions, and forcing on them un-evidenced opinions about the nature of life or the cosmos.”[1]

In another interview he added:

“Children do need to be protected so that they can have a proper education and not be indoctrinated in whatever religion their parents happen to have been brought up in.”[2]

The full argument presented by some atheists asserts that raising a child with religious beliefs is a form of brainwashing, which exerts an undue influence on their future. A fairer approach, they propose, would be to raise children without any religious beliefs at all, permitting them to reach intellectual maturity whereupon they can choose their own faith or non-faith world-view.

At first glance, this position may seem reasonable; its logic however, is deeply flawed. Here are five reasons why religious people have absolutely every right to raise their children according to their own religious convictions:

1. We all raise our children according to our personal beliefs – atheists included.

When we examine the aforementioned statements from Dawkins, the hypocrisy of the stance becomes immediately apparent. It hinges on the idea that religious people hold ‘un-evidenced opinions about the nature of life or the cosmos.’ Does that not sound rather like an opinion in itself? I do not think my beliefs are un-evidenced; after all, who does? We cannot all be right, but we all reserve the right to believe that we are. Who is to say that I do not deem atheism to be an un-evidenced stance which is harmful to the moral and spiritual welfare of my children? If so, how could I consciously deny my nearest and dearest the opportunity to spiritually develop in their youth? The argument essentially boils down to a petulant expression of anti-religious outrage: your belief is different to mine, and I am obviously right, so how dare you teach your ignorant beliefs to your children. Thus, it is very clear; if Dawkins raises his children with the belief that naturalistic processes alone can and do explain any and all phenomena, then I have every right to raise my children with the belief that they cannot.

As a final argument in his writings, Dawkins repeatedly draws a comparison with the apparent absurdity of labelling children according to their parents’ political inclinations, shrewdly pointing out that calling children ‘conservative’ or ‘socialist’ would be ridiculous. Unfortunately for the professor, his argument, when taken to its logical conclusion, would prohibit parents from discussing any of their political, economic, or social values with their children, for fear of their children inclining towards their parents’ political persuasions. Perhaps Dawkins would be in favour of mass genetic recombination too; one hates to see genetic traits being passed down so indiscriminately from parent to child.

2. Parents have their children’s best interests at heart.

All parents, whether they are religious or not, take a myriad of decisions on behalf of their children based on what they judge will be best for their progeny’s future. How many children have wailed and cried when their parents sent them to school, or felt that moving house away from their friends was ‘the worst thing ever?’ And yet, does anyone imagine that we should emancipate all such children in the glorious name of freedom of choice? Of course not, because we all accept that a parent’s judgment with regards to their children’s future must be respected. There is no reason why the rights which apply to the choices shaping a child’s social and academic future should not also be extended to a child’s spiritual future.

Of course, there is a limit to a parent’s right over determining a child’s future:

“There is no compulsion in religion…”[3]

Bearing in mind the profound import of this verse, I plan to raise my children with the religious beliefs that I hold to be true; so that they may taste the spiritual benefits that I have tasted, of which I could not dream of depriving them. However, when they reach intellectual maturity and should they find themselves truly unconvinced by the arguments in favour of these beliefs, then so be it. I have no right to force them to profess belief, not least because a forced belief is hollow. My commitment to do what I deem best for them in their youth does not translate to depriving them of their autonomy as they grow older. After all, the Prophet Noahas, with great anguish, beckoned his disbelieving son to the Ark, but he did not force him to embark with the believers.[4]

4. Being raised outside religion means you are not given an informed choice.

The premise upon which this idea is built is that it is fairer for a child to be raised without a faith because it leaves the door open for him to choose a religion in adulthood as and when he wishes. This, however, means that most people will end up atheists, and for all the ‘wrong’ reasons. Religion may have a very rational basis but many of its fruits are not purely intellectual, they are also experiential. If you grow up without having experienced spiritual satisfaction, the fulfillment of prayers and a relationship with God, then how can you possibly make an informed choice about religion’s truth? A truly informed choice is born out of experience. If after such an effort one decides that spirituality’s promised fruits were non-existent, then one is free to leave. However, a rejection of religion without ever endeavoring to truly experience its benefits is meaningless.

5. If a religious upbringing means permanent indoctrination, there would be no atheists.

Perhaps the greatest proof that this whole idea is flawed is the fact that most of the leading proponents of the New Atheism were born and raised in religious environments, before choosing to relinquish religion. After all, we all know that religiosity in the West is on the decline and atheism is on the rise. That simply would not be possible if raising a child in a religious environment inevitably created an indelible religious streak in him. We see then that this demand has no legitimate ground to stand upon. This notwithstanding, it is of course true that a minority of parents may seek to suppress the faculty of critical reasoning in their children so as to make way for a set of religious beliefs. Such mental coercion, however, is anathema to the true teachings of the Prophets—those who showed every sign of their truth, yet who valued freedom of conscience above all other freedoms.

About the Author: Umar Nasser is a final year medical student at Imperial College, London. He is currently serving as Chair of the Ahmadiyya Muslim Students Association UK, and is the co-founder of Endofatheism.com, an initiative seeking to provide coherent answers to the questions posed by atheism in the modern age. He is also serving as co-editor of Student Review, a new blog jointly produced by Majlis Khuddamul Ahmadiyya UK and The Review of Religions. 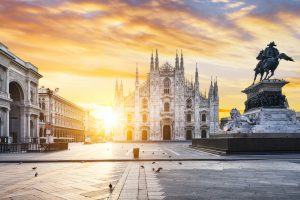 Agnosticism and Atheism • The Existence of God 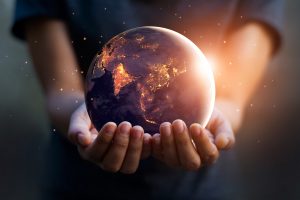 Agnosticism and Atheism • The Existence of God

Essence of Islam: The Veil
Apartheid of Ahmadis in Pakistan
Comment