We continue with the serialisation of the epic lecture delivered by the Second Worldwide Head of the Ahmadiyya Muslim Community, Hazrat Mirza Bashir-Ud-Din Mahmud Ahmadra later published as a book titled, The Economic System of Islam. In this tenth part of the series, the final arguments for objecting to Communism on the basis of religion are presented, including its negative impacts on the family system and the value of excelling in intelect.
To read the first nine parts, visit our website, www.reviewofreligions.org.

The eighth flaw in Communism is that it destroys home life and family relations, which will ultimately cause its decline. Communism virtually ignores the deep natural bonds between parents and their children, between brothers and sisters, and other close relations united by ties of blood. In its eagerness to indoctrinate them into Communism and to move them away from religion, it decided to treat children as belonging to the State. Instead of being raised in the care of the mother and father, the child is put completely under the government’s control—at least according to the law. The result is that family relations are totally disrupted. This state of affairs too cannot continue for long. It must change, for otherwise a Russian would cease to be a normal human being. Although Communism appears at the moment to be firmly established in Russia, the fact is that Communism’s evident success is basically due to a reaction against the miseries wrought by the czarist regime. If Communism continues to be successful after the memory of those sufferings fades away, one could say that it succeeded in eliminating the natural bonds of love between parents and children and among siblings.

Let the world beware that such bonds of love cannot be crushed; a day will dawn when a mother will be loved as a mother, a father will be honoured as a father, and a sister will get her due place. The hitherto suppressed bonds would surely reassert themselves. But right now, the system regards a man simply as a machine, not as a man. It has no respect for the feelings of a mother, a father, a sister, or any other relative. This concept of man as a piece of machinery could not survive for long. A time would come when this system would be overthrown and replaced by one that accords due recognition to filial bonds.

The ninth flaw of Communism is that it does not adequately recognise intellectual and mental capabilities, which causes Russians with those capabilities to emigrate to other countries in search of higher rewards. Bolshevism regards only manual labour as real work and dismisses intellectual endeavour as a waste of time. Manual labour is undoubtedly important, but it is equally true that intellectual effort has an importance of its own. Because it is an inherent human trait that people expect to be adequately rewarded for their services, Russia must modify its philosophy if it desires to avail itself of the services of its intellectual giants and scientists. Otherwise, they will slip out to other countries and seek recognition and reward denied to them in their own country. The discoveries and inventions of Russian scientists and engineers will be registered, patented and exploited not in Russia, but in America. At present, the Soviet government prevents its people from emigration through rigid control, but as Russia’s contact with the outside world expands, these controls would have to be relaxed in the interest of foreign trade, if for nothing else. Those who might wish to escape would then have ample opportunity to do so. When Germany began to mistreat Jews, many escaped to America, which benefited from their knowledge and skills. Some of the chemicals, previously manufactured only in Germany, are now being produced in the USA. If Russia were to open its doors to outside contacts, dissatisfied scientists will have a chance to slip out. But if Russia remains closed, its culture will, for want of fresh intellectual stimulus, begin to wither and end up as a pool of stagnant water.

The tenth flaw of system lies in the rigid control of the Russian economy. The provision of food and clothing is at present government responsibility, and so are industry and foreign trade. Because Russia was industrially backward, it is not possible to assess the country’s real economic progress. Nevertheless, one thing is quite clear even now; as long as the products of Russian industry remain shielded from foreign competition and barely meet domestic requirements, it would not be known whether the factories make profits or run at a loss. What would happen to those industries when the home market gets saturated? Would production be reduced thereafter? Or would the expansion continue? If a limit on production were imposed, industry would sooner or later start to feel the crippling effect; continued expansion, on the other hand, would require foreign markets that could absorb the surplus at prices still profitable for Russian manufacturers. When that stage is reached, Russian industry would have to withstand the full force of foreign competition, and its success or failure would depend on how it performs. In any case, Russia from that point onward would end up behaving like any other imperialist country, bent on securing and controlling foreign markets—thereby belying its claim of freedom of choice.  To reiterate, there is at present little incentive to produce at the lowest cost because of the absence of international competition—and this could continue for some time. This situation is similar to the one where a woman grinds five kilos of grain manually, which makes her household happy at the amount of work she puts in. But it is only when she goes out to work that she comes to realise the true worth of her work, because she earns considerably more money. Similarly, so long as the Russians consume all that is produced within the country, they would not know whether the economy was progressing or declining. The country appears to be making economic progress right now, but the reality would dawn only when its industry reaches the limits of its expansion. If it manages to survive that dire situation, there would follow another consequence that I describe below.

11. Focus on National Interests Instead of Universal Welfare

The fact that the communist system is concerned only with national interests—not universal interests—is another major weakness of the system. If Russia somehow succeeds in industrial development, it would be forced to implement a capitalist system that is stronger and even more dangerous for the world than the one it replaces. In the face of this great danger, I am at a loss to understand why a segment of our intelligentsia is so strongly in support of Communism. The fact is that Russia has presented collectivist ownership in a manner that others are easily impressed, but a time will come that its damage to the world will become obvious. People are impressed that Communism has ensured provision of food and clothing for everyone—and that is something we too welcome—but the great danger that lurks in its shadow must not be disregarded. That danger is the prospect of the rise of a new capitalist system.

Russia boasts that between 1928 and 1937, it raised its industrial production by 625%. This is indeed a commendable achievement. Russian Communism also claims that, during the same period, the worth of Russian productive capital rose from ten billion roubles to 75 billion roubles, i.e. seven and a half times (the monetary value of rouble is very low at present). It also claims that in 1937, one-third of its national income was invested to expand its factories. This, too, is quite impressive. But the question is how long can Russia maintain this pace of expansion in an economy closed to foreign trade?  The present situation is that the Russian economy is quite self-sufficient, with only a low level of imports and exports. Its imports are meant basically to satisfy the requirements of its industry. This situation resembles that of an Indian farmer, who grows a little sugarcane, some lentils, a little rice, wheat and some oil seeds on his piece of land, and manages to subsist on these things. But obviously this situation cannot continue as economic and cultural progress takes place. At some point exposure to the outside world must be faced. If it had been possible to maintain economic self-sufficiency forever, the conflicts seen all over the world—which led to world wars—would have never occurred. But the fact is that this state of self-sufficiency cannot continue indefinitely. 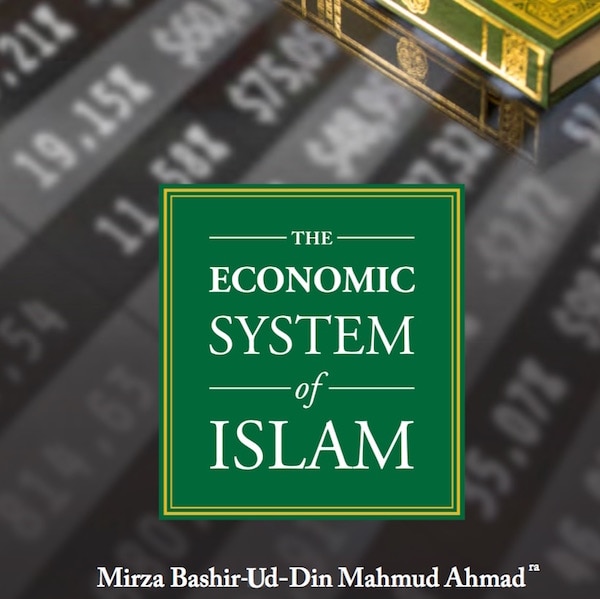 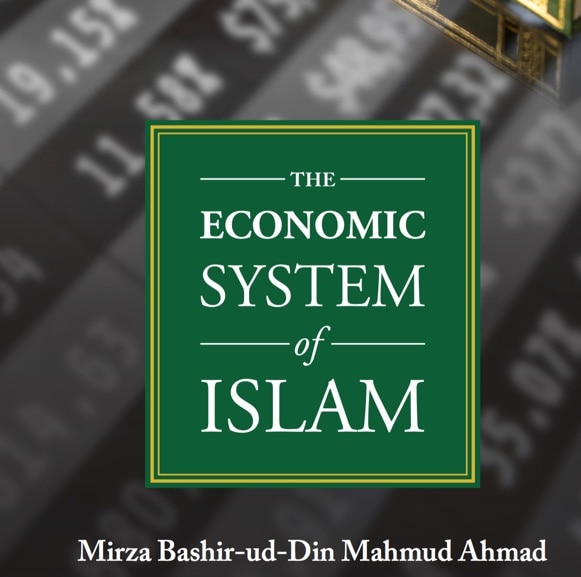 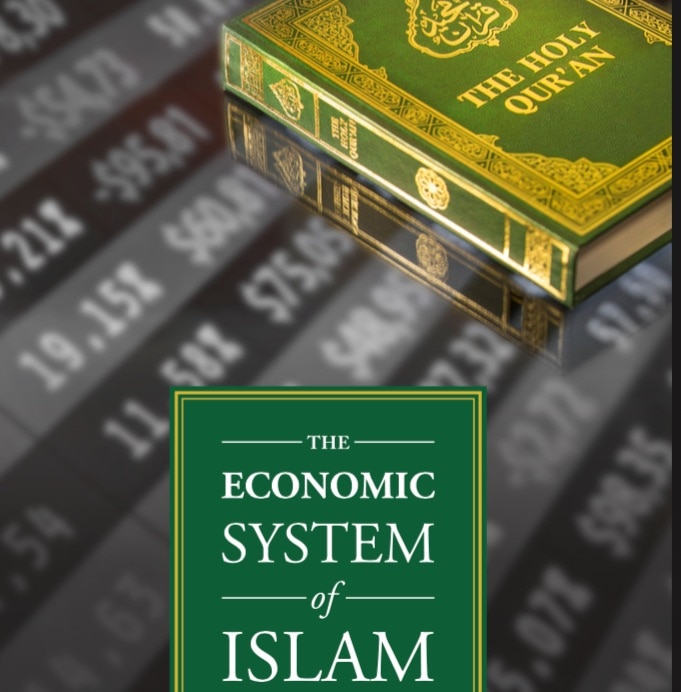 Does Capitalism Contain the Seeds of its Own Destruction?
The Economic System of Islam
Comment