Today more than ever, our civilization is based on the domination of Chronos, the god of time and clocks, constantly reminding us that life is short, that it is a race against time, a countdown that will end with death.

More particularly, the conception of time plays a fundamental role in economic life. Indeed, human nature can at times be insatiable and our futures are always uncertain. When capitalism and money are thrown into the mix, the capitalist will try to exponentially grow his money before time catches up with him. Thus, he has the choice of either accumulating as much money as possible or investing as much as possible to multiply his money. Both give him the false perception of extended time and a sort of immortality. But is there an event more certain than death?

Capitalism and the Death Drive

In our developed countries, one can infer that death is so far removed from our mores that it is barely understandable. However, the pathological accumulation of wealth that our economic system is pushing us towards, shows that some capitalists are, by essence, anguished people haunted by death.

A very common error is to believe that the capitalist is only motivated by maximizing profit. His objective is to beat the average and exceed normal returns. His whole existence is conditioned by the need to be more efficient than others, by the imperative to achieve not only accumulation of wealth, but a differential accumulation of wealth. His immediate aim is not the isolated gain, but the incessant movement of ever-renewed gain. In other words, the capitalist is occupied with chasing material goals and always trying to obtain illusory and artificial immortality through his acts.

In practice, the process of this endless accumulation has resulted, especially during the ‘Glorious Thirties’, in a sharp rise in economic growth. But in 2008, things suddenly came to a standstill. The winds veered to Asia and the tide of economic growth that had flowed finally began to ebb. For most politicians and economists who were considering it as the alpha and omega of economic existence, this was like saying the sky is falling.

As a matter of fact, the biggest delusion of capitalism has been to channel and divert the annihilating forces (the death drive) towards an economic growth which is supposed to be everlasting. In psychoanalysis, the death drive is a tendency towards death and destruction, often expressed through pathological behaviours such as aggression. In the case of capitalism, it refers to the propensity to chase after an infinite accumulation of wealth. Therefore, the search for exponential and infinite growth is, to a large extent, a search for eternal life. Isn’t the great satisfaction of our contemporary societies to say that we lived on average, twenty years longer than our parents? The reality is that our societies have failed to resolve the eternal conflict that men have over death.

If the study of money has been grasped by economists, the sad truth is that we understand little about the social and symbolic meaning of money. In our modern society, hoarding wealth is evaluated in monetary signs and transcribe in quantified reason the desire for the incorruptibility of bodies, and the denial of the individual end. Money buffers existential fears in a manner consistent with the concept of symbolic immortality. [1]

To this day, some billionaires, already invincible in every other way, have decided that they also deserve not to die. Several biotech companies, fuelled by Silicon Valley elites, have been putting their minds, money and machines behind an all-out effort, as some put it, to solving ‘the problem of death.’ An example of this is the case of Google founders who have pumped millions into a secretive health venture which aims to ‘solve death’. Other billionaires, such as Amazon or PayPal founders, are backers of projects which hope to combat the effects of ageing. They are convinced and firmly believe that they are closer than ever to tweaking the human body so that we can live forever. [2]

With regard to this fact, the practice of interest is significant and interesting in more than one respect. Its singularity is that it follows an exponential growth pattern and tends towards infinity. It grows very slowly at the beginning, then continually faster, and finally soars almost vertically. In the physical realm, this pattern of growth usually occurs where there is sickness or death. Cancer, for instance, follows an exponential growth pattern. It grows very slowly at first, yet always accelerating, and often by the time it has been discovered – it has already entered a growth phase where it cannot be stopped. Exponential growth in the physical realm usually ends with the death of the host and the organism on which it depends. [3]

Interest acts in the same way. It is to the social structure what cancer is to the human body. In the past, the cancerous accumulation of wealth was dissolved regularly by feuds, wars and economic collapse. Those who are familiar with the history of the First and Second World Wars would remember that capitalism played a disastrous role in not only causing but also prolonging those wars.

Islam and the Pursuit of Wealth as an End in Itself

Throughout history, money has been the most powerful economic tool used by humanity. It was originally designed as a means of exchange and a measure of wealth. But somehow that has changed; what was once solely a means to an end, has become the end itself, and what was a measure of wealth has become wealth itself.

The irrational love of money is the driving force of capitalism – so much so, that some may break all moral rules to try and get hold of it. This endless race for an accumulation that is no longer regulated by the satisfaction of needs, but driven by the sole hope of future gain, outlines a future of destruction rather than abundance.

As surprising as it might seem, the Islamic faith emphasizes this morbid characteristic of capitalism in the following words:

‘Mutual rivalry in seeking increase in worldly possession diverts you from God; Till you reach your graves.’ [4]

‘Woe to every back-biter slanderer, who amass wealth and counts it over and over. He thinks that his wealth will make him immortal.’ [5]

Commenting on those verses, The Second Caliph and Worldwide Head of the Ahmadiyya Muslim Community, Hazrat Mirza Bashiruddin Mahmud Ahmad (ra) says that: ‘Acquisitiveness and man’s inordinate desire to outstrip others in wealth lies at the root of all human troubles and of neglect of higher values of life. Man remains entirely engrossed in worldly goods till death comes upon him and then he finds that he had wasted all his precious life. It is not unqualified rivalry and vying with one another that is condemned in Islam. On the contrary, believers have been exhorted to endeavour to outstrip one another in doing good. [6] It is the blind craze for worldly things, to the detriment of higher values, to which exception has been taken in this verse.’

He further states, ‘the ill-fated miser goes on earning wealth by using all means and hoards it, taking pride in it and refraining from spending it in good causes. He thinks that this will immortalize him, will rescue his name from oblivion and will render his prosperity abiding. [But] he labours under a serious misconception. His hoarded wealth will prove his undoing and will be a constant source of heart-burning for him.’ [7]

‘O ye who believe! Fear Allah and give up what remains of interest, if you are truly believers. But if you do it not, then beware of war from Allah and His Messenger; and if you repent, then you shall have your principal; thus you shall not wrong nor shall you be wronged.’ [8]

In these verses, the Holy Qur’an identifies ‘true believers’ as those who shun interest entirely. According to Islam, goodness and beneficence towards the poor and needy, as well as fair and equitable distribution of wealth among people and nations, are essential. Both on an individual and on a societal level, concepts of charity, and moral economics are tantamount to a true God-fearing society. When these concepts evaporate, the entire structure of society falls. The verse continues by warning those who propagate unjust economic systems, that a corresponding reaction is inevitable. When a society sinks to immorality, and wealth gaps between rich and poor grow exponentially, the natural result is quite literally, war.

Only a few years ago, the general consensus among major powers was that, notwithstanding occasional glitches, the capitalist international order would remain the dominant global paradigm. However and despite long strides in the field of economic growth, capitalism is now in the throes of an ever-deepening crisis.

Aware and concerned of the current dangers facing the world today, the Fifth Caliph and Worldwide Head of the Ahmadiyya Muslim Community, Hazrat Mirza Masroor Ahmad (aba), said: ‘The capitalist system is slowly losing its status and people are realising that there are inherent risks and injustices embedded within it. (…) Major powers should not arrogantly presume that their economic system will remain pre-eminent forevermore. Rather, they should be working to ensure that fairness and equality underpin the world’s financial system.’ [9]

For now, the capitalist carcass still moves but it is fast reaching the end of its rope. We feel that a civilization has the same fragility as a life; that in life as the history of all civilisation, there is always an end. In fact, we, the later civilization, now know that we are mortal. The Qur’an does not imply anything else when it says:

‘See they not how many a generation We have destroyed before them? We had established them in the earth as We have not established you and We sent the clouds over them pouring down abundant rain; and We caused streams to flow beneath them; then did We destroy them because of their sins and raised up after them another generation.’ [10];

‘All that is on earth will pass away. And there will remain only the Person of thy Lord Master of Glory and Honour.’ [11]

Man, with all his great works and achievements, and all those things that have been created for his use and service and composing the whole universe is subject to death and is eventually destined to perish.

Yet, human reason still demands that there should exist a being who should remain and never die, nor be subject to change or decay. Such a Being is God who created the whole universe and who is the First and Final Cause of all things.

Surely, ‘there is an urgent need for mankind to recognise its Creator as this is the only guarantor for the survival of humanity’. [12]

About the Author: Ahmed Danyal Arif is a French economist by education and currently working in London. He has a Masters degree in Economics and Politics. After working for the French tax administration system, he published two books in French: Islam & Capitalism: For an Economic Justice (2016), and Economic History of the Islamic World: From Pre-Islamic Arabia to the Umayyad Dynasty (2019).

[2] Adam Gabbatt, ‘Is Silicon Valley’s quest for immortality a fate worse than death?’, The Guardian, 2019: https://www.theguardian.com/technology/2019/feb/22/silicon-valley-immortality-blood-infusion-gene-therapy 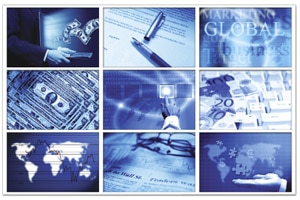 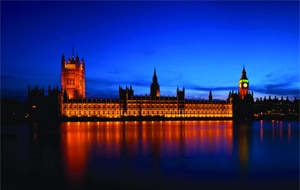 Solution from the Holy Qur’an on the Global Crisis