The Review of Religions is pleased to announce the launch of a new research initiative, under the guidance of His Holiness, Hazrat Mirza Masroor Ahmad (may God be his helper), the worldwide head of the Ahmadiyya Muslim Community, focusing on the post-Crucifixion travels of Jesus Christ (peace be upon him).

This initiative will further the research on key areas of the thesis that Jesus Christ (peace be upon him) survived the Crucifixion and travelled to the east in search of the Lost Tribes of Israel, and will build upon the pioneering research published over 100 years ago by Hazrat Mirza Ghulam Ahmad (peace be upon him) in his ground-breaking treatise Jesus in India (Masih Hindustan Mein). To raise awareness about this divinely inspired thesis, this research   initiative aspires to bring together a multi-disciplinary team of experts in the fields of medicine, archaeology, linguistics and genetics, as well as modern authors and film producers.

This research initiative will also produce a special feature exhibit this year by The Review of Religions called Jesus in India, at the Annual Convention of the Ahmadiyya Muslim Community (Jalsa Salana) held in the UK from 2nd-4th August 2019.

Open Call to Researchers Across the Globe

While there are many areas of focus for this initiative, below we introduce three areas that are of particular importance in unravelling the true story of the historical figure of Jesus Christ (peace be upon him): the Rozabal tomb, DNA and the Lost Tribes of Israel, and survival of the crucifixion.

In light of these topics, we welcome contributions from researchers from all fields who have relevant, novel material in furthering the investigation around these topics. Please get in touch with your research and feedback at research@reviewofreligions.org.

The Rozabal Tomb in Kashmir – Is this the Tomb of Jesus (peace be upon him)?

The Holy Quran categorically supports the notion that Jesus (on whom be peace) survived the event of crucifixion. ‘One of the verses of the Holy Qur’an clearly indicates that Jesus and his mother travelled to Kashmir after the incident of the crucifixion. It is said:

“We gave Jesus and his mother shelter at a plateau which was an abode of peace and was provided with springs of clear water.”[1]

In this verse, God Almighty has drawn an accurate picture of Kashmir. The expression ‘awa’ in Arabic is used for providing shelter against a calamity or misfortune; and before the crucifixion Jesus and his mother underwent no period of hardship as would require shelter. It is thus established that it was only after the incident of the crucifixion that God Almighty led Jesus and his mother to this plateau.’

The proposed burial-place of Jesus (peace be upon him) in Srinagar, Kashmir, is known to the locals as Rozabal, meaning the ‘Honoured Tomb’. It is known as the tomb of Yuz Asaf. The word ‘Yuz’ stands for ‘Yuzu’ (meaning Jesus), and ‘Asaf’ in Hebrew means gatherer, namely, one who was to collect the lost sheep of Israel. It is said that the Prophet Yuz Asaf arrived from Syria about two thousand years ago.

The analysis of this tomb, its related artefacts, documents and local traditions are all areas of focus for the Jesus in India research initiative. It is hoped that a multidisciplinary analysis of the tomb will help give clear information about exactly who is buried in this tomb.

The Lost Tribes of Israel and DNA

Another key tenet of this thesis is the belief that many of the ‘Lost Tribes of Israel’ migrated and settled in areas such as Afghanistan and India. For centuries, anecdotal evidence has strongly suggested connections between people in this area, who identify themselves as the ‘Bani Israel’ or ‘Children of Israel’, and the Lost Tribes of Israel. In recent years, several studies, including DNA analyses, have shown a direct link supporting these claims.[i]  The conclusion from the genetic information suggests that there are at least some ethnic groups in this area whose progenitors had originally migrated from the Middle East many centuries ago and were of Jewish heritage.

Therefore, the historical evidence for the ‘Lost Tribes of the House of Israel’ appears to be supported by the science of genetics.

Did Jesus (peace be upon him) travel east in search of these Lost Tribes who had become dispersed eastward?

Survival of the Crucifixion

For a post-Crucifixion life of Jesus Christ (peace be upon him) to have existed at all, he would have needed to have conquered death on the Cross. While the traditional explanation is that he was miraculously resurrected, another explanation is that he did not die on the Cross and survived the ordeal of the Crucifixion. This thesis, known as the ‘swoon theory’, has been supported by various researchers and theologians over the centuries right up to the modern day. Researchers point to the short duration of Jesus’ Crucifixion, a flow of blood and water just before he was taken down from the cross which suggest an active heart, and the application of healing aloes & myrrh on his body, as indicating Jesus (peace be upon him) surviving the attempt on his life.

Did Jesus survive the Crucifixion through God answering his prayers to be saved, and the swift actions of two of his secret disciples mentioned directly in the Gospels?

This area of research will bring together both medical and historical expertise, as we will analyse the origins of the ‘Marham-i-Isa’, or ‘Ointment of Jesus’, reported to have been used to heal the wounds of Jesus Christ (peace be upon him) suffered during the Crucifixion.

There are several theories about the death of Jesus (peace be upon him) on the cross and have been extensively reported in medical literature. We will critically review this evidence to assess how the punishment of crucifixion could have led to the death of a young and otherwise healthy man over a period of just a few hours.

Navida Sayed is a long serving member on the Editorial Board of The Review of Religions and is currently Editor of the Christianity Section. Navida has been the Coordinator of the Ahmadiyya Muslim Community’s Women’s Research Team UK since 1992, whose work has predominantly revolved around Biblical studies.

Arif Khan is a Biblical researcher, Editor of the ‘Tomb of Jesus’ website and appears in Paul Davids’ film – ‘Jesus in India’, first aired on the Sundance Channel. Arif is currently serving as the Deputy Editor of the Christianity Section of The Review of Religions.

Dr Bilal Ahmed Tahir is currently an Assistant Professor and Senior Research Fellow at the University of Sheffield and Weston Park Cancer Hospital, specialising in the field of medical physics. He serves as the Head of the Arabic Desk for the Northern UK regions and is a member of the International Arabic Desk of the worldwide Ahmadiyya Muslim Community. He has translated and reviewed several publications both from and into the Arabic language.  He also serves as the International Head of the newly formed The Review of Religions Research Desk.

Professor Amtul Razzaq Carmichael is a consultant surgeon, with an interest in genetics of the lost tribes. Amtul serves as an In charge of Lajna Research Cell UK and has published original research supporting the evidence of Jesus’s travel to India. Amtul has been widely published in peer-reviewed medical journal and has conducted independent scientific research. Amtul is serving as a member of the Editorial Board of The Review of Religions. 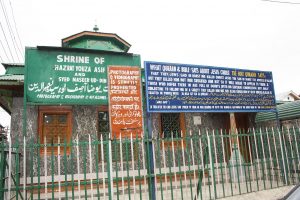 ‘Sowing the Seed’ – Jesus in India 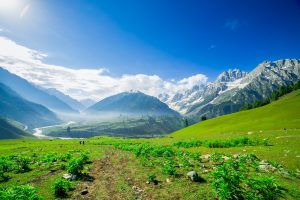 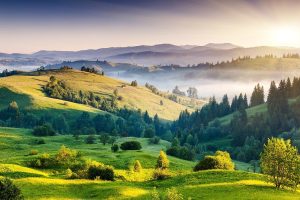 Analyzing the Assumption of Mary and her Status in Islam

The Death of Jesus(AS)
Halloween: An Islamic Perspective
Comment