And Convey to Him My Greetings of Peace1

‘He it is Who has sent His Messenger with the guidance and the Religion of truth, that He may cause it to prevail over all religions, even if those who associate partners with God hate it.’2

When this verse of the Holy Qur’an was revealed to the Holy Prophetsa, Islam was still confined well within the heart of the Arab peninsula. Moreover, the Muslims were insubstantial in number and their means were meager. Thus, this indeed was a grand prophecy forever preserved in the Holy Qur’an; and through its fulfillment, it was to forever serve as a living testimony of its truthfulness and the universality of its message.

Commenting on this verse in his grand exegesis, Hazrat Mirza Bashiruddin Mahmud Ahmadra, the second worldwide head of the Ahmadiyya Muslim Community writes:

‘Most commentators of the Qur’an are agreed that this verse applies to the Promised Messiah in whose time all religions will make their appearance and the superiority of Islam over all of them will be established.’3

Furthermore, the Holy Prophetsa on numerous occasions gave clear indication and guidance to Muslims in relation to the Promised Messiah. From outlining the era of his advent, to detailing the conditions of the time, and even describing his ancestral lineage and the place of his advent, the Holy Prophetsa emphatically admonished the Muslims to pledge their oath of allegiance to him.

The Holy Prophetsa prophesied that in the latter days, the world in general, but Muslims in particular, would suffer from a dreadful spiritual decline. Describing this dire state, the Holy Prophetsa stated: ‘A time will come when nothing would be left of Islam except its name, and nothing would be left of the Qur’an except its script, their mosques would be full of worshipers but would be devoid of righteousness. Their Ulema [religious scholars] would be the worst of creatures under the canopy of the heavens. Evil plots will hatch from them and to them will they return.’4

The Renaissance of Islam

The 62nd chapter of the Holy Qur’an, Surah Al-Jumu’ah, is of great significance in relation to the advent of the Promised Messiahas. It contains the glad-tidings of a great deputy of the Holy Prophetsa, who shall appear in the latter days and once again rejuvenate Islam and bring about its revival:

‘He it is Who has raised among the Unlettered people a Messenger from among themselves who recites unto them His Signs, and purifies them, and teaches them the Book and wisdom, although they had been, before, in manifest misguidance; And among others from among them who have not yet joined them. He is the Mighty, the Wise.’5

Under the commentary of this verse, Hazrat Mirza Bashiruddin Mahmud Ahmadra expounds:

‘One day we were sitting with the Holy Prophetsa when Sura Jumu’ah was revealed. I asked the Holy Prophetsa, “Who are the people to whom the words And among others from among them who have not yet joined them, refer?” Salman the Persian was sitting amongst us. Upon my repeatedly asking him the same question, the Prophetsa put his hand on Salman and said, “If faith were to go to the Pleiades, a man from these would surely find it”‘ (Bukhari). This Hadith shows that the verse applies to a man of Persian descent. Now, the Promised Messiahas, the Founder of the Ahmadiyya Movement, was of Persian descent. Other sayings of the Holy Prophetsa speak of the appearance of the Messiah at a time when there would remain nothing of the Qur’an but its words and of Islam but its name i.e., the true spirit of Islamic teaching will be lost. (Baihaqui). Thus the Qur’an and Hadith both seem to agree that the present verse refers to the Second Advent of the Holy Prophetsa in the person of the Promised Messiah.’6

The Messiah in the East of Damascus

After having established the lineage of the Messiah, the Holy Prophetsa also prophesied the place of his advent:

‘Isa ibn Maryam will descend near a white minaret in the east of Damascus.’7 The Promised Messiahas was born in 1835 in Qadian, Punjab, and it was in Qadian he made his claim and established his Community. Qadian lies exactly east of Damascus, thus fulfilling this grand prophecy.

In addition, the Holy Prophetsa even made reference to the features and appearance of the Messiah. Relating his dream, the Holy Prophetsa once said: ‘And I saw tonight in a dream near the Ka’bah, a man of brown colour, the best one can see among brown colour, and his hair was so long that it fell between his shoulders and water was trickling from his head and he was placing his hands on the shoulders of two men while circumambulating the Ka’bah. I asked who it was. They replied this is Jesus son of Mary.8

In another tradition, the Holy Prophetsa stated:

‘There is no prophet between me and the Messiah to come who will most surely appear amongst you and therefore when you see him accept him … he will be a man of average height, with fair colour and touch of redness in hair. He will confront other religions in support of Islam, break the cross, kill the swine and remit Jizya.9

The Message of the Holy Prophetsa was meant not only for the Arabs among whom he was raised but for all non-Arabs as well, and not only for his contemporaries but also for the coming generations.

The Blessed Institution of Khilafat

Even a cursory glance at the history of Islam proves how the words of the Holy Prophetsa were fulfilled precisely as prophesied. Following the demise of the Promised Messiahas, God Almighty established the institution of Khilafat on the precepts of prophethood.

The history of Islam proves that the words Holy Prophetsa were fulfilled precisely as prophesied over 1400 years ago. Today, Khilafat-e-Ahmadiyyat is a living sign of the truthfulness of the Promised Messiahas and for over a hundred years it has continued to propagate the true and pristine teachings of Islam.

The Holy Prophetsa laid so much emphasis on the importance of accepting the Promised Messiah that he once said:

‘When you find the Mahdi, perform Bai’at (pledge of allegiance) at his hands. You must go to him, even if you have to reach him across icebound mountains on your knees. He is the Mahdi and the Caliph of Allah.11

The Holy Prophetsa also instructed the Muslims to convey his greetings to the Promised Messiah:

‘Whoever from among you meets Jesus, son of Mary, should convey my greetings to him.’12

However, as has been the case with all the prophets of God, the Promised Messiahas was also to be bitterly opposed and ridiculed.

Alas for My Servants! There comes not a Messenger to them but they mock at him.13 Today, through the advent of Hazrat Mirza Ghulam Ahmadas, the Promised Messiah and Imam Mahdi, and the establishment of the divine institution of Khilafat, we continue to witness wondrous and astonishing signs in fulfillment of this great prophecy.

Unfortunately, many of the Muslims, despite having received such clear and manifest guidance from the Holy Prophetsa, have instead become blinded by sheer ignorance and prejudice and rather than paying heed to the heavenly call and save themselves and their progeny from facing ruin, have instead chosen to oppose the Messiah. The Promised Messiahas states in one of his writings:

‘O ye people, hearken to my call! Remember that this is a prophecy from Him Who created the earth and the heaven. We will cause this, His Own Movement, to spread in all countries and shall cause them to triumph over all others through reasoning and argument…Remember very well that no one will descend from heaven. All our opponents who live today shall die and none of them shall ever see Jesus son of Mary coming down from heaven; then their children that are left after them shall also die and none from among them shall ever see Jesus son of Mary coming down from heaven and then their third generation shall also die and they too shall not see the son of Mary coming down. Then God shall cause great consternation in their hearts, yet the son of Mary has not come down. Then in dismay the wise among them shall forsake this belief and three centuries from now shall not have passed when those who await the coming of Jesus son of Mary, whether they be Muslims or Christians, shall relinquish altogether this conception. Then shall prevail only one religion over the whole world and there shall be only one religious Leader. I came only to sow the seed which has been planted by my hand. It shall now grow and flourish and there is none who can hinder its growth.’14 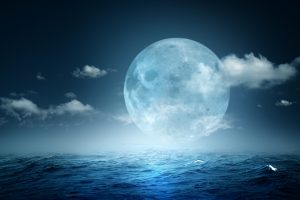 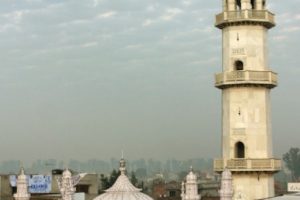 The Death of Jesus(AS)
Attaining Eternal Skies of Peace
Comment