The Third Khalifa, Hadhrat Mirza Nasir Ahmad(ru), passed away on  9 June 1982. On 10 June, 1982, and in accordance with the rules and regulations of Intikhab-e-Khilafat (Election of Khalifa Committee), a new Khalifa had to be elected before the burial of Hadhrat Khalifatul Masih III(ru).

When asked how he felt about the election, Hadhrat Khalifatul Masih IV(ru) said: “…For all your life you see Khilafat in the most honoured and revered position and then all of a sudden you become that person. I never thought for one moment that God would appoint me the Khalifa.”

It is indeed not surprising that Hadhrat Khalifatul Masih IV(ru) felt this way, but Khalifas are not chosen by men but by God – men are just the instruments put into place to exercise God’s Will in this matter.

His First Address as Khalifa was:

“I do not wish to say anything on this occasion except to ask you to pray for yourselves and for me also in the following words:

…Our Lord! Burden us not with what we have not the strength to bear; and efface our sins, and grant us forgiveness and have mercy on us; Thou art our Master, so help us Thou against the disbelieving people. (Ch.2:V.287)

This responsibility is so hard, so extensive and so unnerving that it evokes the memory of Hadhrat ‘Umar’s(ra) agonising plea on his death bed to Almighty Allah to be let off without reward or punishment, he said:

‘O Lord! neither for me (any reward) nor against me (any punishment).

It is true that a Khalifa is appointed by God and no human power has any say in this matter. It has always been my belief and by the Grace of Allah, I will hold to it unto my death, that there is no human intervention. In view of it, being a Khalifa, I am not answerable to you or anyone else, nor to any individual of the community.

But this is no freedom. For, now I am directly answerable to my Lord. You can be unaware of my faults, for you have no access to my heart. You know neither the apparent, nor the hidden. But my Lord sees through the inmost depths of my heart. If any pleas are false, He shall not accept them. Only such decisions will be approved by Him which I take sincerely, with full faith in Him and regardful of His fear. So my neck, freed from the hold of weak mortals is now in the grip of the Sovereign Lord of this universe and is bent low before Him.

This is not a light burden. My whole being is trembling under its crushing weight. The idea that my Lord be pleased with me overwhelms me. How I wish that He may let me live only to that moment until I am able to walk in the ways of His pleasure! How I wish that He might grant me power to desist from thinking and doing anything even for a moment, which is against His pleasure and that such a notion may never cross my mind!

To have full regard for the rights of everyone and to maintain Islamic justice is my heart’s desire. I know that without establishing justice it is not possible to do good to others. And without doing good to others, that heavenly society cannot take shape, which has been termed in the Holy Qur’an as “Giving like kindred.” (Ch.16.V.91). I request you all to pray for its realisation.

Before I commence taking bai’at I wish to request Hadhrat Chaudhry Zafrulla Khan to come forward and place first of all his hand in my hand in representation of the companions of the Promised Messiah (may peace be upon him). It is my desire, nay my heart longs for it, that the hand which had the privilege of touching the hands of our Chief, the Promised Messiah (may peace be upon him) should be the first hand to come in my hand. I request him to come forward, bai’at taking will then start.’ (Ahmadi Muslims p.123-124)

The first project launched by Hadhrat Khalifatul Masih IV(ru) was the Buyutul Hamd Scheme (the construction of suitable houses for those in need in Rabwah, Pakistan). A neigh-bourhood of  Rabwah is now called Buyutul-Hamd Colony where houses have been built for nearly 100 families. In addition, many homes benefited with financial aid for improvements. This first initiative was among many similar instances that  emphasised the importance Hadhrat Khalifatul Masih IV(ru) gave to helping the less fortunate and became a factor  synonymous with his Khilafat.

Another historical occasion in the early days of his Khilafat  was the opening of the first Ahmadiyya Mosque in Spain on 10 September, 1982 whose foundation stone has been laid by Hadhrat Mirza Nasir Ahmad, Khalifatul Masih III(ra). This was built in Pedroabad, 25km outside of Cordoba). The inauguration was even more significant for the entire Muslim world, as this was the first mosque to be built after almost seven hundred years in what was once an Islamic country.

After Hadhrat Khalifatul Masih IV’s arrival in the UK in 1984, it soon became apparent that the community needed more space for office-related work and  gatherings. To cater for this, a site was acquired in Farnham and named ‘Islamabad’. This new area was used for many years for community functions as well as hosting the UK Jalsa Salana (Annual Gathering) till 2004 when it became too small to cater for almost 25,000 delegates for the three-day gathering. The international mark of this convention was not just the physical attendance of delegates but the Bai’at (Oath of Initiation) on the third day of the gathering. With the establish-ment of Muslim Television Ahmadiyya (MTA) by Hadhrat Khalifatul Masih IV(ru) millions of Ahmadis were and still are able to participate in the live initiation ceremony. One only has to witness the actual emotions and sense of spiritual atmosphere to fully appreciate the significance of this ceremony.

There are thousands of memories that community members and indeed non-members have of the difference that Hadhrat Khalifatul Masih IV(ru) made to their life.

1. Man of God by Iain Adamson 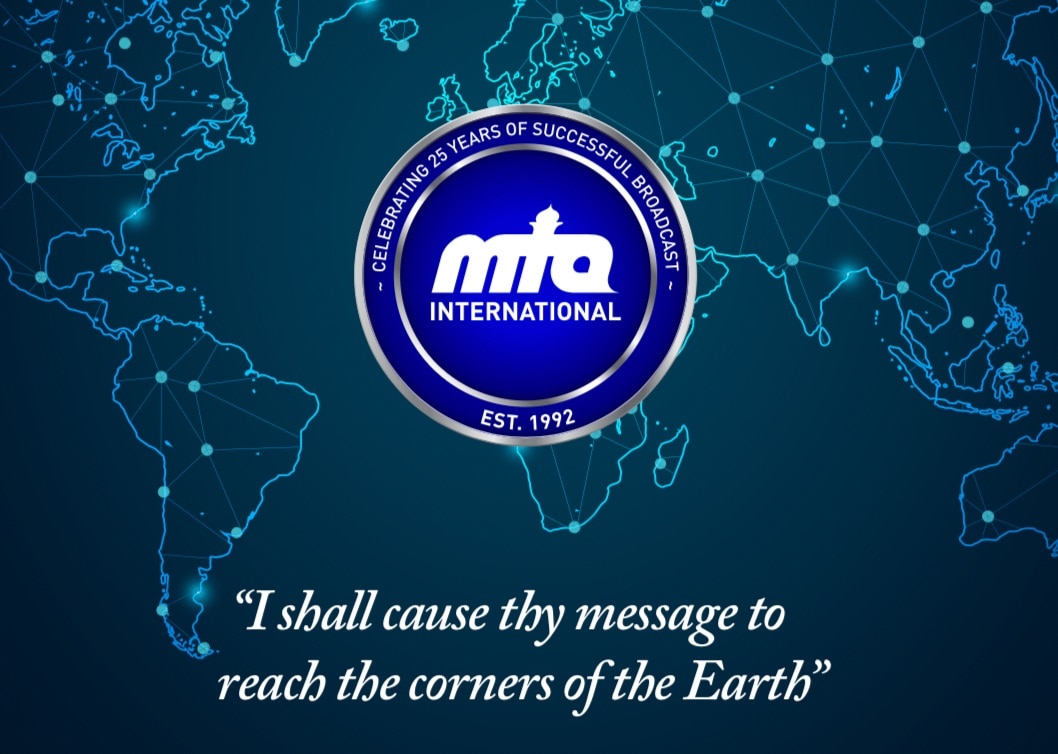