A time of unprecedented stress and suffering can focus the minds of some individuals towards prayers and religion. In this era of enhanced scientific understanding and development, are enlightened scientific minds prepared and ready to accept the concept of religion and divine revelations? The root of religion is a belief in the existence of God. God invites people to progress on the path of success and prosperity and become the best version of themselves. A set of principles and guidance are revealed to the prophets of God, termed as divine commandments.

Historically, it has been argued that divine revelations are just a figment of imagination or a ploy by clever leaders to bring un-suspecting public on board with their own ideology. Currently, our world is facing an unprecedented crisis; human beings across the globe are falling victim to an insidious killer in record numbers.Commenting on the current crisis caused by in Severe Acute Respiratory Syndrome Coronavirus-2 (SARS-CoV-2), commonly known as Covid-19,Phillip Johnston writes in the Daily Telegraph on 18 March 2020,

‘Throughout history, if such dangerous events transpired, people took refuge in their faith and turned towards God to give meaning to what has happened to them and their loved ones.’

We are seeing increasing trends towards a request for prayers in the social media and personal communications. Perhaps, this recent catastrophe prevailing the world, has provided us with an opportunity to re-evaluate the philosophy and truth about divine revelations.

The Holy Quran presents the examples of dreams and visions to demonstrate the concept of an experience without physical means.[i] Everyone can vouch for the fact that in dreams, one experiences the sights of people, materials and things without any physical means.  Understanding of this concept, lends support to the hypothesis that the brain has the capacity to see things without any material means. Thus, it is argued that if the eyes have the capacity to see things without any physical means, then why can’t ears hear the divine message without physical means? Islam argue that the divine revelation enables the ears of the recipient to hear the divine message; words that are not the results of one’s thinking and personal opinions but are true words formulated by God.[ii] Divine revelations, by definition, are not meant to conform to physical laws and cannot be substantiated by the laws of the material world. Divine revelations can be comprehended as a process of union and revelation.

Accordingly, does Islam offer any tools or criteria to satisfy inquisitive scientific minds to assess the truthfulness behind the concept of divine revelation. How can one be sure that what is presented as divine revelation is not, in fact, a statement of delusion? Hazrat Khalifatul Masih II (ra), the second Head of the Worldwide Ahmadiyya Muslim Community eloquently addressed these points and asserted that divine revelations are not false sets of beliefs or false sensory experiences.  He set out four criteria that differentiate the divine revelation from delusion.

Secondly, the people who are chosen by God to receive divine revelation are highly intelligent individuals. They have an intellectual advantage over others. Giving the example of the Holy Prophet (sa), Hazrat Khalifatul Masih II (ra) said that the whole of Arabia stood witness that he was a man of immense intellectual capabilities. It is widely acknowledged by independent historians that the Holy Prophet (sa) possessed a very bright brain.[iii] Delusional individuals can not reform societies with their power of strategic planning, team building and motivation.

The third criteria to assess the validity of divine revelations is that that divine revelations are received by highly moral individuals and the excellence of their moral condition stands out. They are not unstable or volatile. Those who are recipients of divine revelations tend to have a composed persona, they tend to be calm and relaxed, and appear unflappable. They practice kindness and benevolence. They tend to be widely knowledgeable and are well-informed about every aspect of life. In contract, those suffering from delusions, tend not to be renowned for their moral standing.

Stressing that divine revelations are from God, Hazrat Khalifatul Masih II (ra) elucidated that though one’s ability to undertake demanding mental tasks and faculties decline with old age, but the majesty of the divine revelation to the prophets of God (as) intensifies with age. They receive a greater number of divine revelations with increasing distinction, power and status.

In summary, we have described a set of rational criteria that can be used by scientists to appraise divine revelations against delusions. Until recently, the scientific community was debating whether viruses should be classed as living organisms, given their inability to survive without a host animal.[iv]  Now a virus is wreaking havoc in our world. The increasing death toll, empty highways and deserted cities might serve as a reminder to us all to listen to the divine revelations. Divine revelations provide guidance to comprehend and accept God. The powerful, practical evidence of history shows that the followers of those who receive divine revelation and turn to their Creator are triumphant.May we be enabled to do so, Ameen.

[ii]https://www.alislam.org/book/haqiqatul-wahi/ The Philosophy of Divine Revelation. 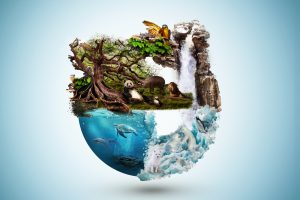 A Quest for the Origin of Life: From the Primordial Soup to Goldilocks Chemistry – Sign of a Grand Designer? 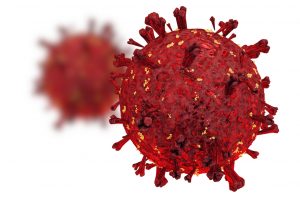 Mutations of Viruses; A Grand Design of a Masterful Designer

Dreams, Visions and Revelation • The Origins of the Universe

Is there a God?